A Playstation user got a bit of a sneak peek into the future of Call of Duty. While browsing the “trending” section of the U.S. Playstation store, the title “Call of Duty: Infinite Warfare was spotted. It may not look like much but the listing may have been a mistake made as it led to a blank page and the listing was taken down soon after. The user posted the picture on Reddit as some proof to what the future might hold for the Call of Duty franchise. 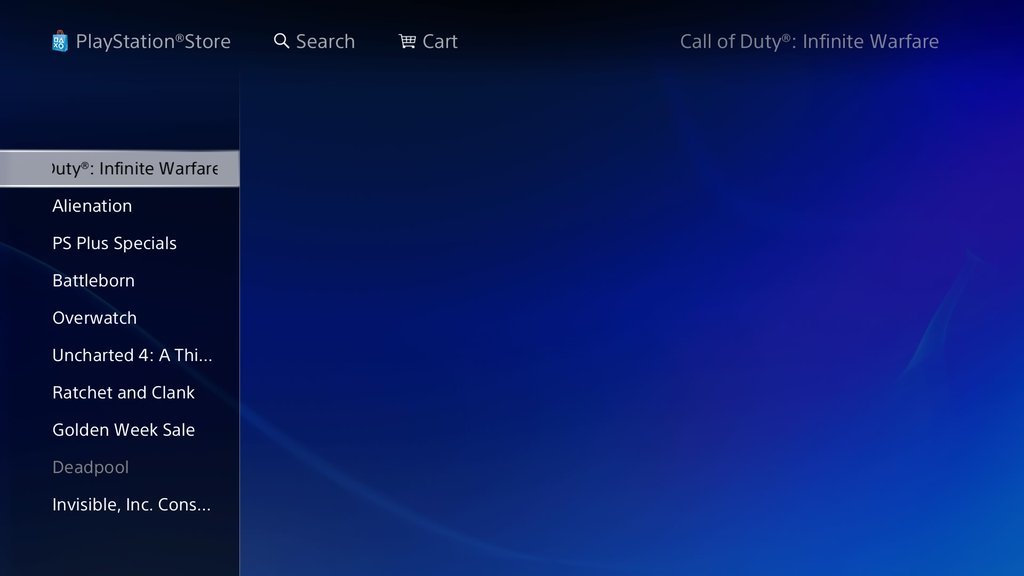 Activision has a rotation of three studios making the Call of Duty franchise and this year is Infinity Ward’s after their most recent addition to the franchise, Call of Duty: Ghosts. With this leak, it appears Infinity Ward may try a different chapter later this year. When more is revealed, we’ll let you know.

What do you think gamers? Do you think Infinite Warfare is the real title, where do you think the franchise might take this game? Let us know in the comment section below and stay right here to New Gamer Nation as your source for all things gaming.