I played a few different sports as a kid. While most of them didn’t stick, I have to give baseball some credit for introducing me to Metal Slug. Every so often I, along with the rest of the Montreal Expos, would go to the batting cages to work on our swings and hitting baseballs. While most of the kids were focused on actually making contact with the balls, I was distracted by the various noises coming from the arcade machines that inhabited the oddly lit building. One machine in particular captured my ears and eyes.

The title at the top of the machine read Metal Slug X in huge steel letter. Accompanying those enticing letters were the sounds of soldiers screaming and absolute insanity. I was curious because I had never seen a game that violent or loud before. I knew I had to play this game, but being stuck at batting practice in pants I hated meant I would have to wait. 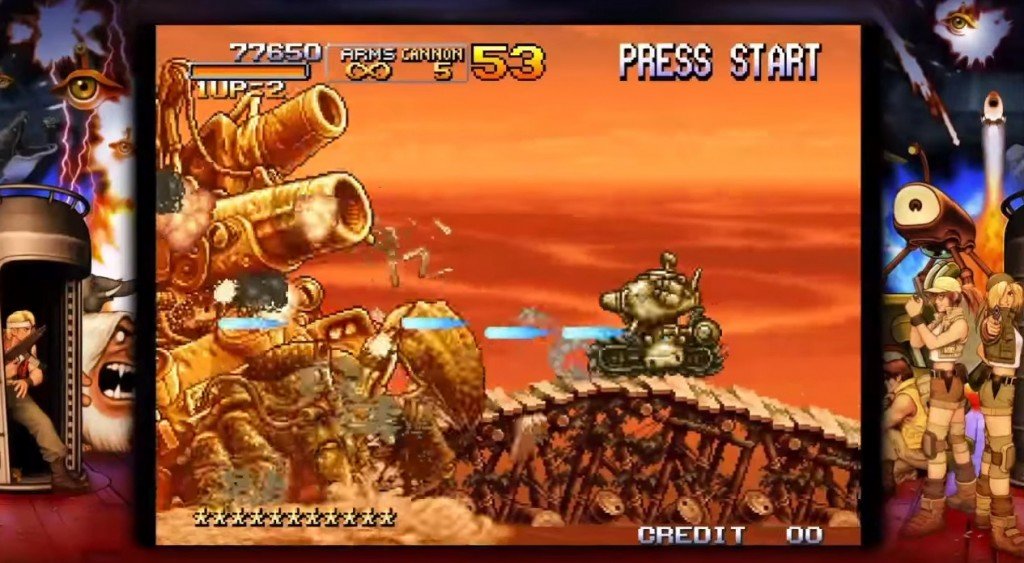 Fast forward some years after I got my grubby paws on the machine SNK has brought the game over to a various different platforms. Arcade machines always seemed so magical to me. So whenever an arcade game came over to consoles I would get excited. However they usually didn’t live up to the magic that illuminated from the cabinet while in the dark arcades, the exception was Metal Slug.

It may have been the fact they I was never able to finish a Metal Slug game in the arcades, but even the home console versions still capture that feeling I had all those years ago during batting practice. The insane difficulty and punishing nature of the game make you calculate every move. The trick is you can’t, there is way too much going on from every angle. It’s adapt and react in Metal Slug or else you will go broke fast. 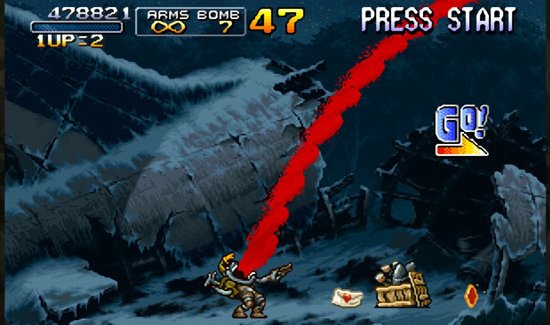 The gameplay boils down to the simplest of things, move and shoot. It’s the purity of this that makes it so great. Move or jump at the wrong time and your dead. At times it may seem unfair and that’s probably because it is. These games were meant to take your quarters. Home versions of the game fix most of these problems with infinite continues and the ability to adjust the difficulty. You will still die a lot, but at least it’s a one-time charge this time around. The co-op is also extremely fun, having a buddy helping battle  “almost Nazis”, aliens, and mutant crabs is multiplayer at it’s finest.

Metal Slug 3 recently snuck onto the PlayStation store and offers up one of the best Metal Slug experiences to date. Metal Slug 3 is considered to be the best one of the series and now it can be enjoyed on PS4, PS3, and Vita. It’s also safe to say that it’s a near identical port with some added features. Online play is there but I sat in a queue for a few minutes before it told me there were no games available. The ability to invite friends was also present, but I didn’t get a chance to test it out. Also present is the ability to add filtering options to the sprites. The default setting smooths out some of the jagged edges, but the option for the old sprites are there and still look great. 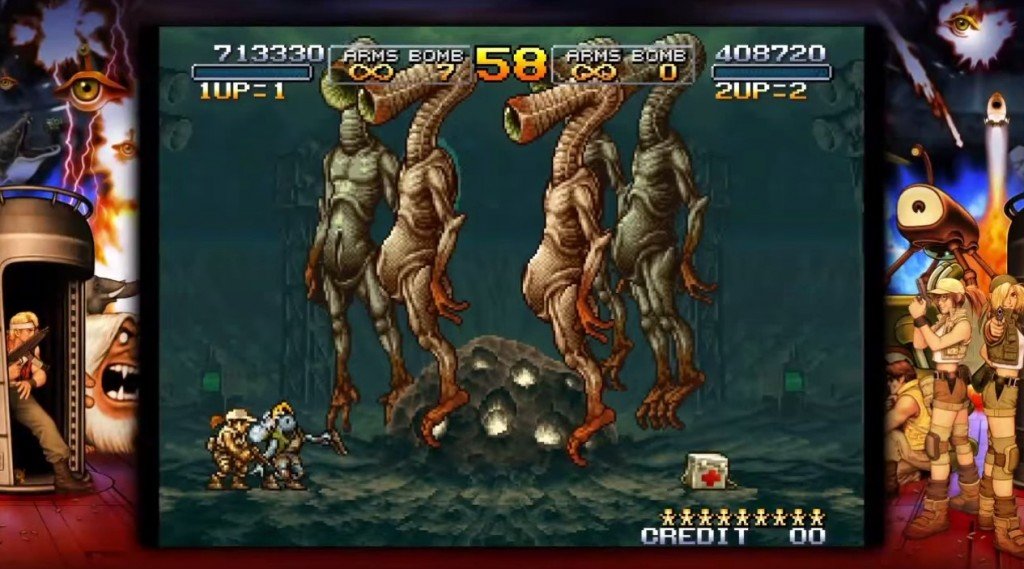 Overall Metal Slug 3 is so enjoyable and invokes some amazing nostalgia. It does come with a bit of a hefty price tag at $15. This may be a little steep for some, but it was probably less then how much I put into the machines. With branching paths and a silly narrative Metal Slug 3 on PS4 is the ultimate entry point for those curious about the series or a looking for a reminder of how great the Metal Slug games still are. For those who want more I recommend the Metal Slug Anthology that can be bought for Vita. It contains Metal Slug 1-6 and Metal Slug on the go is a glorious thing. Metal Slug will always hold a place a special place in my heart. The fun that can be had with a buddy is unparalleled and who doesn’t love shooting a mash up of the worlds worst enemies in the face?