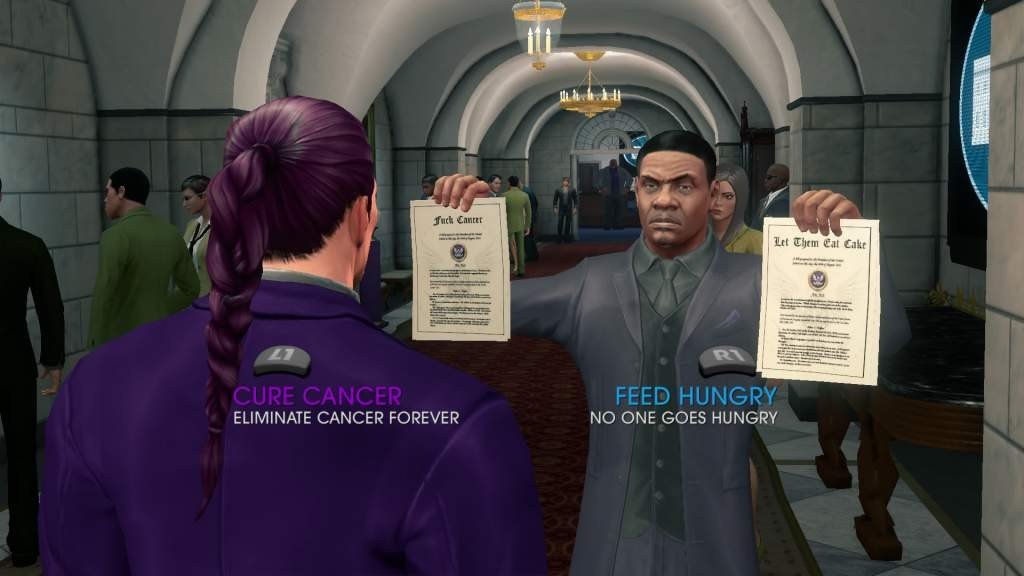 Saints Row starts of with a bang and after a small prologue the boss of the 3rd street saints is elected President of the United States. This drops you off in the incredibly deep character creator. Everything from eyebrow shape to “sex appeal” can be altered to make the ideal candidate for destruction. After a humorous beginning, The Boss soon finds himself abducted by aliens and injected into a simulation. The simulation grants you incredible powers such as super speed, the ability to jump over buildings, and even multiple projectile powers. Super speed and super jumping quickly became my favorite as I could leap around and glide through the air traversing the map of Steelport with hero like qualities. By leaping around the city you will run into blue orbs known as clusters. Clusters let you upgrade all your abilities allowing for higher jumps and longer glide distances. Clusters are a blast to collect and had me reminiscing of the original Crackdown. Being able to jump up buildings and nearly fly is incredibly fun and takes the need out of ever getting in a car. Cars and other vehicles seem slow and cumbersome compared to your newfound superpowers. This also takes away from the customizable vehicle mechanic, which lets you outfit each car with an incredible amount of personal touch. As your gain and level up new powers you’ll feel almost like a god in a personal playground for you to toy with.

What would Saints Row be without its humor? It’s safe to say that the saints get even wackier this time around with their antics. The humor crosses all planes, as the writing had me laughing out loud and shaking my head in disbelief throughout the twelve hours I played. Weapons are just as absurd as you will gain access to a variety of standard shotguns and pistols to the crazier weapons like a rifle that shoots knives or alien probe device. Despite all the shooting that takes place I found myself frequently performing melee attacks. Delivering massive power bombs to aliens never grew old for me. 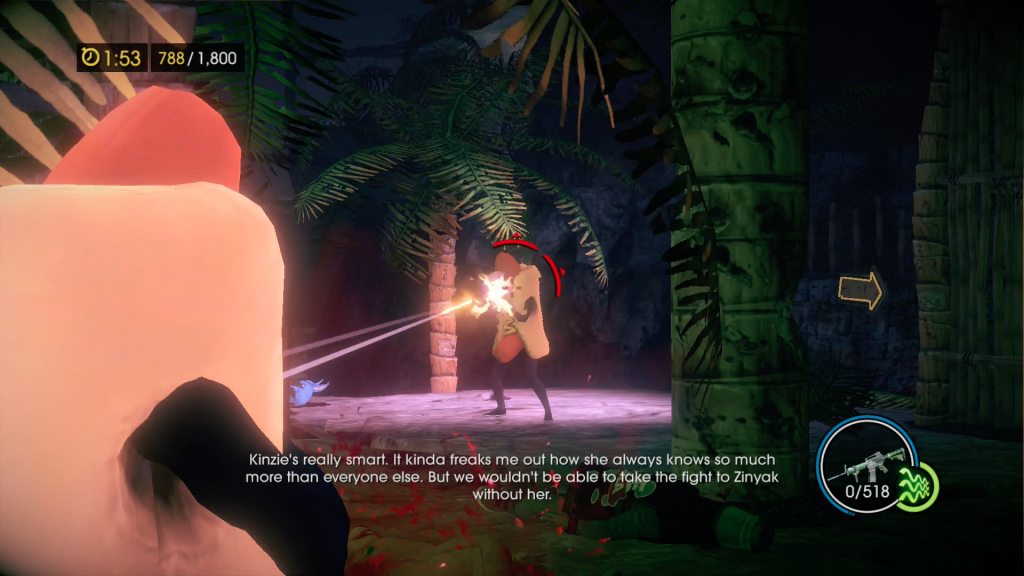 The main storyline had great set pieces and found a way to parody many classic games keeping the plot entertaining, however the story only exists in order for the gags to keep flowing. The main storyline also has the player step out of the simulation for a good portion of game. This means no superpowers and no wacky weapons. It reduces the gameplay to a generic third person shooter. After being able to dispatch foes with ease and creativity, it feels like the player is neutered. It’s an odd choice as so much of what makes Saints Row 4 fun is the powers, taking them away turned it into a boring “go there at shoot this thing” type of game.

Besides the main story line there are many side activities to partake in Steelport. Many side activities return like insurance fraud and tank mayhem. Taking a look at the map there is a lot of activities to keep you busy. Clearing out hotspots and flashpoints are fun, but offer any real variety as they turn into mindless shooting then pressing a button to destroy alien technology. Side missions are also just activities in disguise. Start a side mission and it will prompt you to go into the simulation and complete an activity such as a speed rift, which eerily reminds me of an endless runner. These activities are fun, but tend to wear out their welcome after you see what they offer. The towers that exist offer a fun platforming distraction that involves heavy use of the super jump and glide. The only unique side missions are the homie missions. Completing a special quest for your homie also grants you the use of a powered up version of them via the in-game phone. 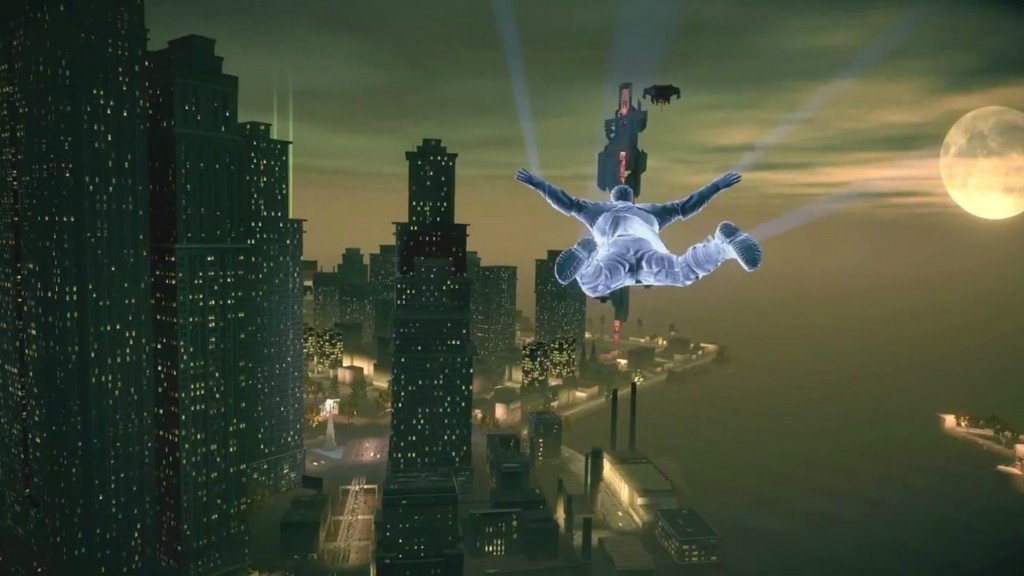 Flying Around Steelport is a Joy

Saints Row 4 Re-elected adds nothing new to the gameplay compared to the original, however it does offer up slightly better graphics and frame rate. Even after the process of upgrading the game crashed on me a few times, once on the last mission, and I had some unexplainable deaths as well. It’s also packed with side activities and include all the add-on content. The newer version is the superior way to play a game only a few years old, but it seems more of a cash grab more than anything else. None of this takes away that it’s just fun to play. Blasting aliens and flying around can even be done in co-op doubling the fun. Soaring over the city, to come crashing down with a mighty stomp had me looking for the best ways to create my own fun. With no additional super powers or weapons that the previous game introduced, it’s hard to say that this version is warranted. But if you haven’t played Saints Row 4 before, then you’re in for a wonderfully insane treat.

This review is based on a review copy of the PlayStation 4 version of Saints Row 4: Re-elected developed by Volition published by Deep Silver