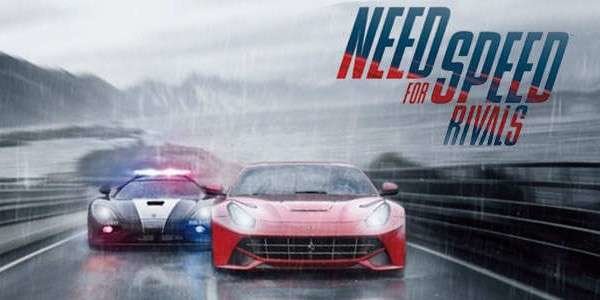 Over the past few years the Need For Speed franchise has become the go to annual franchise for racing fans. Need For Speed: Rivals keeps the tradition of fast paced, high-octane street racing to feed the speed freaks. This version of Need For Speed combines a few of the main features from Need For Speed: Hot Pursuit and Need For Speed: Most Wanted. So does Need For Speed Rivals have the speed boost to break away from the competition, or does it need to stop at the gas station to refuel? Ease up on the Nitrous-Oxide, it’s time for the review.

One of the first things to notice about Need For Speed: Rivals is that it combines the ability to switch between cops and racers from Need For Speed: Hot Pursuit and the open world of Need For Speed: Most Wanted. Each class have their own perks and disadvantages. Cops can get their cars for free, but lack the customization the racers have. Beginners to the franchise should start with the police class to get themselves familiar with how the game works.

The racer class is a bit deeper with the customization details to the car. Even though both cops and racers can customize their license plates, racers can go further with detailed body work and upgrading the cars they buy with boosts to speed, handling, acceleration, etc. The best (and sometimes worse) part of it is the risk/reward system in place for racers. Build up speed points (the in-game currency) and multipliers for those points, then try to bank them in the hideouts. However, if a player is busted by the police they lose everything stacked up during the racing session. The decision can become a tough one to make when it’s amplified when the player is being chased down by several cops.

Give Me Fuel, Give Me Fire, Give Me That Which I Desire!

Need For Speed: Rivals has a career mode for both classes that has a little bit of a story. A cut scene plays with a voice talking about what is going on, then the player gets to choose from three objective lists to continue. These objectives serve as little more than events to fulfill for the player to gain more experience. The player gains experience, more events are opened up. Racers have more events to participate in such as the usual speed trials, races and escape the police events. Police have races to break up, busting a racer, and a response call, where the player must reach a destination, as fast and cleanly as possible where crashing into walls and other cars is penalized. NFS: Rivals doesn’t add much depth in terms of events, but the objectives are a nice distraction to earn more points throughout Redview County. 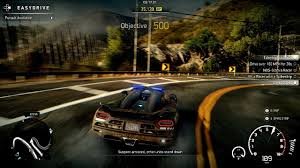 Speaking of the map, it is a rather large map and quite diverse. Mountain sides, country roads, and even the occasional construction zone round out just some of what the players will encounter. Though it lacks a major metropolitan area, there is plenty of winding roads for the player to work on drifting tight turns. Off road areas generally serve as short cuts for some of those tight corners, however there aren’t very many areas off road for the player to explore. In fact, some areas are fenced off from the player to explore those areas further, but this isn’t to say the player won’t find a few spots away from the main roads to find ramps.

Should I get a decal or a racing stripe?

Being that this is a late current generation/launch title for the new generation it shouldn’t really surprise anyone about the level of detail going into the overall look of the game. Areas of the environment are nice to look at (if you take the time to stop and look around), and the cars have great levels of detail put into the paint, which gets scratched and worn away with the damage taken to the car. Very rarely did I experience any slowing down for the environment to catch up.

The controls in the game are about as simplistic as any racing game; the only caveat being that every car initially handles a bit differently than others. For new comers, spending speed points on the car’s performance can help that, but it always helps to take a new acquired car out on a little test drive before pushing the limits in the events. One new thing added is a weapon-type system called Pursuit-Tech, to aid both cops and racers. Cops can lay spike strip, call in for helicopters, racers can lay mines to jam equipment and use a jammer to interfere with police equipment. Both have shared tech as well, but it’s none of the weapons in the game really stand out, nor does the Pursuit-Tech make Rivals stand out above other games in the series. Going along with this new feature is the dynamic weather feature. Weather does change and can affect roads forcing players to adjust their driving style a little.

Also, one minor gripe is the returning Easy Drive feature. Easy Drive simplifies finding the closest events, hideouts/police posts, repair shops, and things of that nature. However, using the menu takes your eyes off the road and at times of high speeds, or police pursuits it leaves you susceptible to crashing or getting caught by police.

Life In The Fast Lane

If you’re on the fence about Need For Speed: Rivals just know this is an almost entirely online experience. Rivals heavily depends on the player being online. Up to six players play together in the same session, and can mix between cops and racers. The ratio can change from an even 3 on 3, 5 to 1, or even all six players can choose the same class with the A.I. picking up the other class. 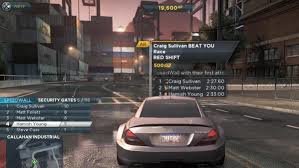 If you already have Need For Speed: Most Wanted or even Need For Speed: Hot Pursuit, you aren’t missing much with Rivals. It does serve as a functioning racing game, and has a nice addition with the risk/reward system for the racers, but there isn’t much that makes this game stand out as a great racing game. It gives the quick fix for those speed junkies, but unless you’re brand new to the Need For Speed franchise, or if you happen to have a new console at launch, give it’s worth renting at the very least. Need For Speed: Rivals offers fast paced street racing action mixes it in with high-speed police chases, but doesn’t do enough to keep the player engaged for very long.

Final Verdict: Need For Speed: Rivals gets 7 police chases out of 10.

This review is based on a retail copy of the Playstation 3 version of Need For Speed: Rivals by Ghost Games and Criterion distributed by Electronic Arts.

Did you like this? Share it:
A Rivalry For The Road | Need For Speed Rivals Review
Positives
Negatives
7Overall Score
Reader Rating: (0 Votes)
0.0