Using the cover of darkness to take down your enemy and hunt down the few that haunt your past is where the dark futuristic-themed Ronin shines. The game clearly draws inspiration from games like Gunpoint although despite the short length and repetitive nature, this turn-based stealth action game does well to differ from its inspirations and pull off some satisfyingly brutal combat. 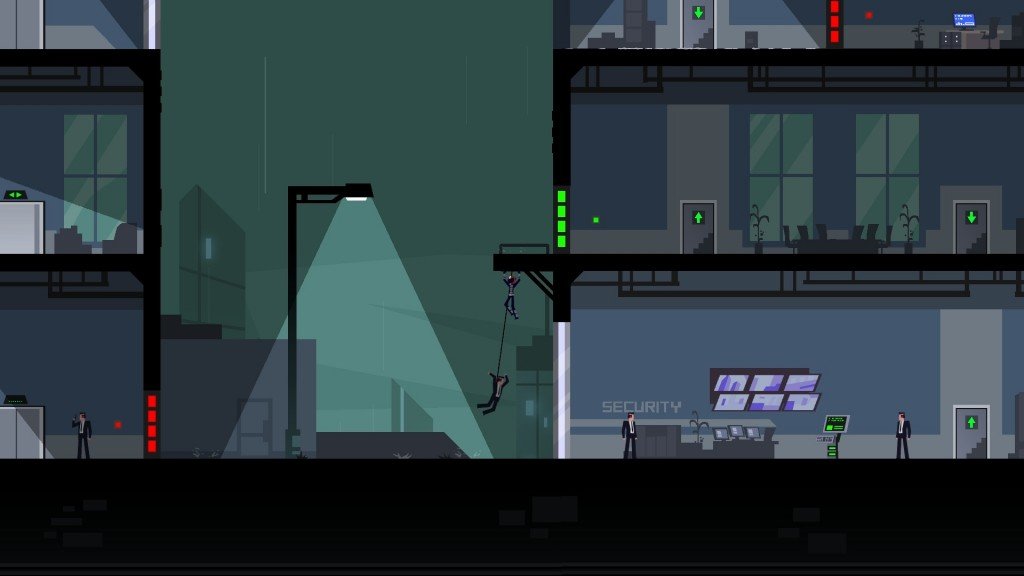 Ronin tells a revenge story of a little girl that loses her father and vows to take down the five people who were responsible for his death. This premise is expressed in a short sequence at the beginning of the game and although it is not a fully fleshed out and deep story it gives you enough to at least give some meaning to all the murder you are about to commit.

The 2D levels in Ronin are dark and desolate environments and the futuristic setting paves way for you to hack through security buildings and take down the five that have wronged you. Between the character design and the score, the small team that developed Ronin have nailed the cyperpunk theme that they were aiming for. 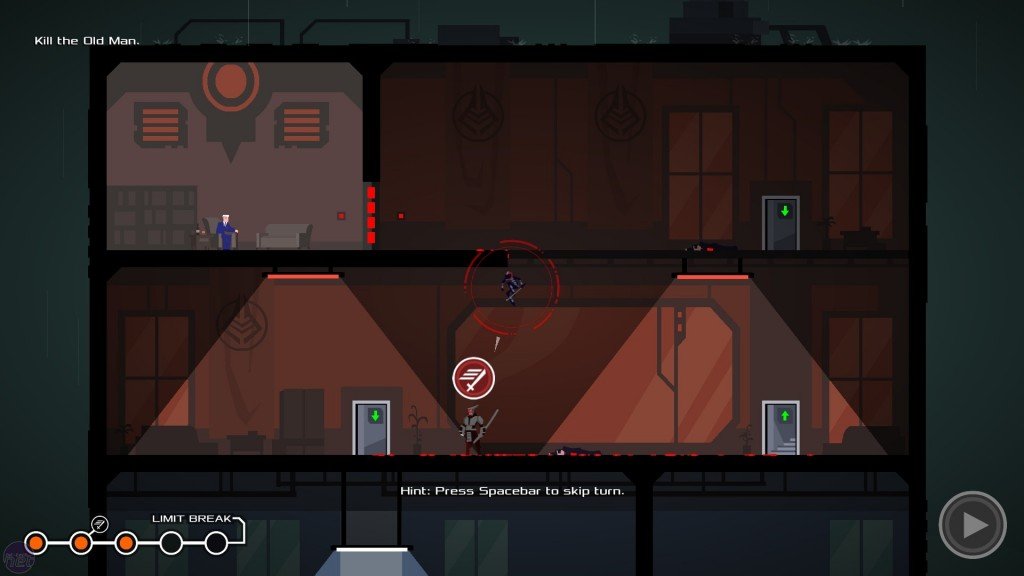 In the beginning of the game almost straight away, Ronin tries to tell you that it isn’t a stealth game and that you should just kill everyone. Sadly this isn’t the case at all and you will notice quite quickly that sticking to the shadows is easily your best bet and especially in the latter half of the game where the combat puzzles become quite difficult, diving in headfirst is certainly not an option.

The combat in Ronin is where it sets itself apart from the games that it clearly draws inspiration. When slinking around the shadows of the 2D levels everything is in real time. It is when an enemy spots you where the gameplay takes a turn and changes into a turn-based tactical action game. When taking on enemies the game will pause between turns and show you the line of sight where each of your enemies is going to target. This feature allows you to choose between different actions such as jumping, grappling, swinging and attacking to evade and pick off your enemies. Also during combat your character will have a limit meter at the bottom of the screen, by chaining combos together this meter will rise allowing you to pull off special moves or even perform two moves in a row. Determining what skills to use and when is paramount, especially later on in the game during the tougher levels. 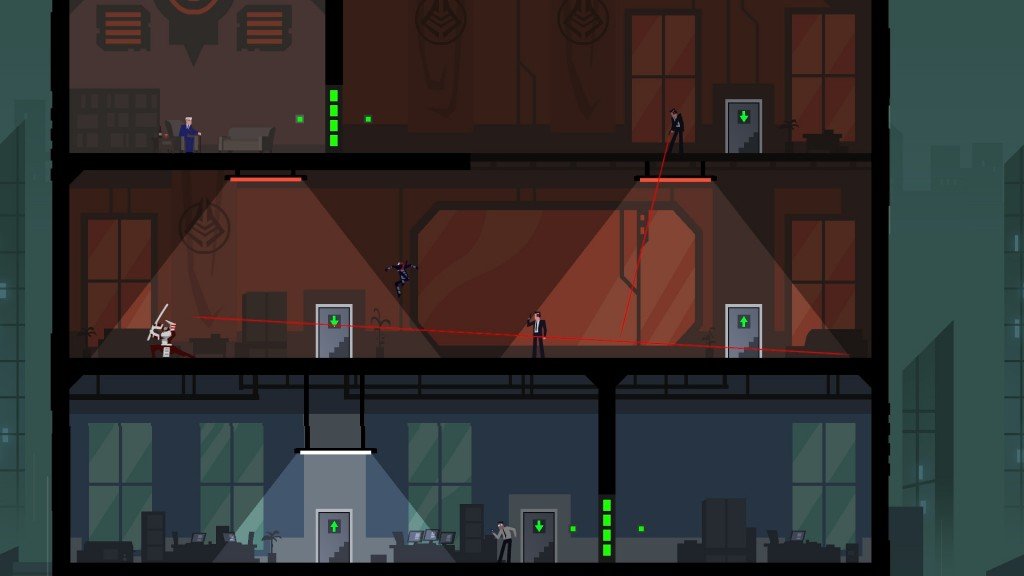 As you progress throughout the story you are able to collect skill points to upgrade your character and unlock special moves. In order to gain one of these skill points you will need to complete three different secondary objectives that are imbedded within each of the 15 story missions. These objectives are along the lines of killing all the enemies, not killing any civilians and not raising an alarm. Unfortunately all of the missions have the exact same secondary tasks. It would have been nice to see the developer explore more complex or varied objectives. Some of the missions will place you in some sticky situations where choosing between which objectives to succeed at often causes you to fail another one, especially when civilians are involved. This method seems somewhat counter productive, because in order to get a skill point you will need to complete all three objectives successfully. However when you do finally nab one of these skill points they can be used to upgrade your character to deliver some satisfying special moves which often result in more brutal and deadly combos. Special moves such as throwing your sword or placing a decoy really change up the combat and allow you to tackle the puzzles in different ways. Another disappointing side to Ronin is the lack of enemy variety. Throughout the game you will only face three different enemy types, which allows for the gameplay to feel quite repetitive rather quickly.

This stealth action platformer clearly draws inspiration from games like Gunpoint although doesn’t quite hit the highs that Gunpoint hit. Despite how fun the turn-based combat can be and how the developers nailed the futuristic aesthetic, the levels throughout the short campaign quickly start to blend together and become quite repetitive.