If you were wondering when Kratos was going to appear on the PlayStation 4, the time has finally come… well sort of. God of War 3 Remastered took the PlayStation 3 title and reworked the game to appear in glorious 1080p along with several performance enhancements to reveal the penultimate edition of the game. It is the same God of War 3 you remember, it just looks a whole lot better. While this isn’t the best God of War game out there, it was great to see Sony try to bring Kratos to the PlayStation 4 and show us the potential the system has to highlight one of PlayStation’s marquis brands. Is the game worth picking up? Read on and decide for yourself. 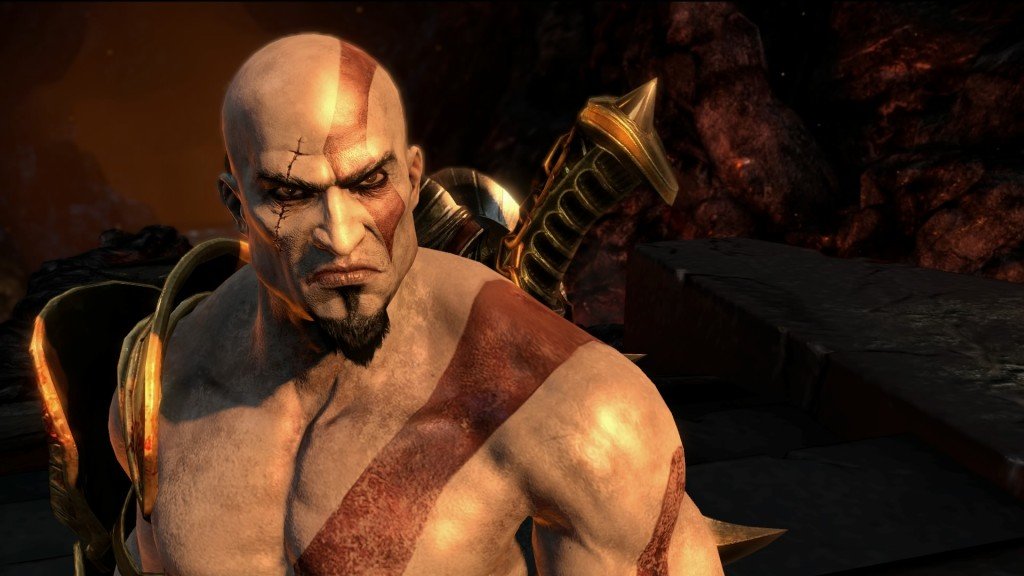 It is definitely worth mentioning that this is the same game as the PlayStation 3 version. There are no additions or subtractions from the original game. If you played God of War 3 before, then you probably will not need to jump on to this game. However, if you loved the game or the franchise, this version of the game is worth a look. The graphics and lighting have been upgraded for the new console and the game looks much better than it ever has before. There are still some textures that look like their PS3 counterparts, but when you consider that God of War 3 was one of the best looking games on the PS3, the contrast is not very pronounced. If you don’t mind playing an older game and the occasional weird looking texture, you may want to consider picking up the game.

From a presentation perspective, God of War 3 is a thrilling and brutal tale of Kratos getting his final revenge on Zeus. The set pieces are massive, the score is booming, and when you look back on it, you can see what this was a great choice to remaster and re-release on the PlayStation 4. The game runs at a silky smooth 1080p without much slowing down or chugging. You really can’t complain at how the game plays or performs on the much beefier PlayStation 4. The team at Sony Santa Monica did a great job of making sure that this is the best Kratos has ever looked and they have surely succeeded. If you want to see the potential of a new God of War game on the new generation of consoles, this is surely a great way to get the hype train started. 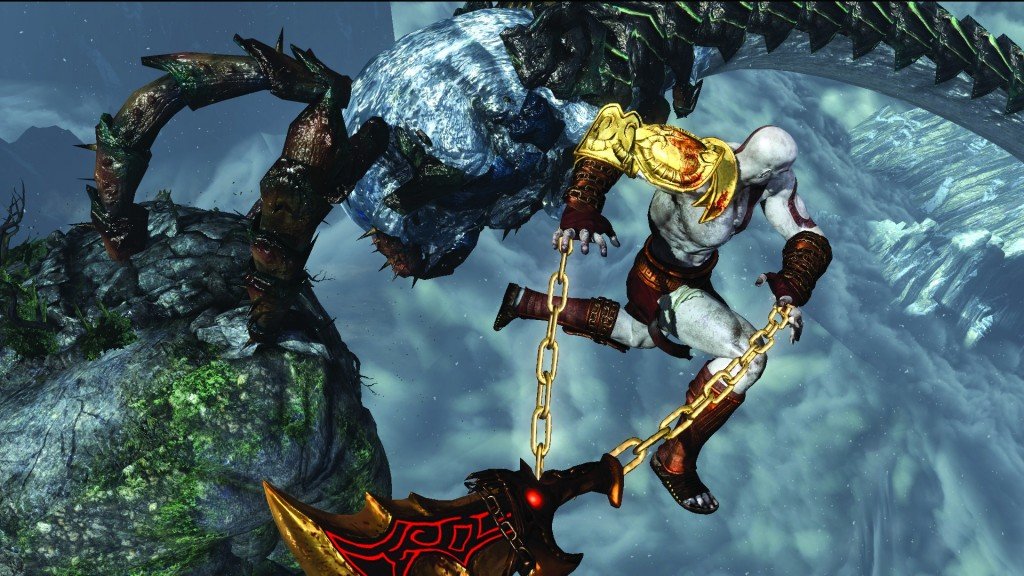 When going back to God of War 3, it is impressive to see what the team could do with new hardware to work with. However, we do re-experience some of the flaws with the game including a fixed camera angle. This was one of the most frustrating things about the original game and it is back with the re-master. It isn’t game breaking, but it does add to the frustration factor when you consider how difficult this game is. Especially if you are new to the series, God of War III is not forgiving by any means and having a fixed camera angle just makes things worse. Luckily, the game is excellent in its own right so this doesn’t become a major issue, it just hurts the presentation like it did in the original game.

One new thing for the PlayStation 4 version is the addition of photo mode when you click the touchpad. This freezes the action of the screen and it allows you to take the perfect picture during your playthrough. Once you engage the mode, you can pan and zoom the camera to get the shot you want. However, you still cannot rotate the camera so the fixed camera angle rears its ugly head once again. If the perfect picture is on the screen, there are a number of additional features you can take advantage of including borders, filters and the ability to hide the UI. You can then save and share your picture to show off your playthrough in the style you choose. We still maintain that this isn’t much of an addition for a game like this, but if this is something you want to play with, it is worth a look for you. 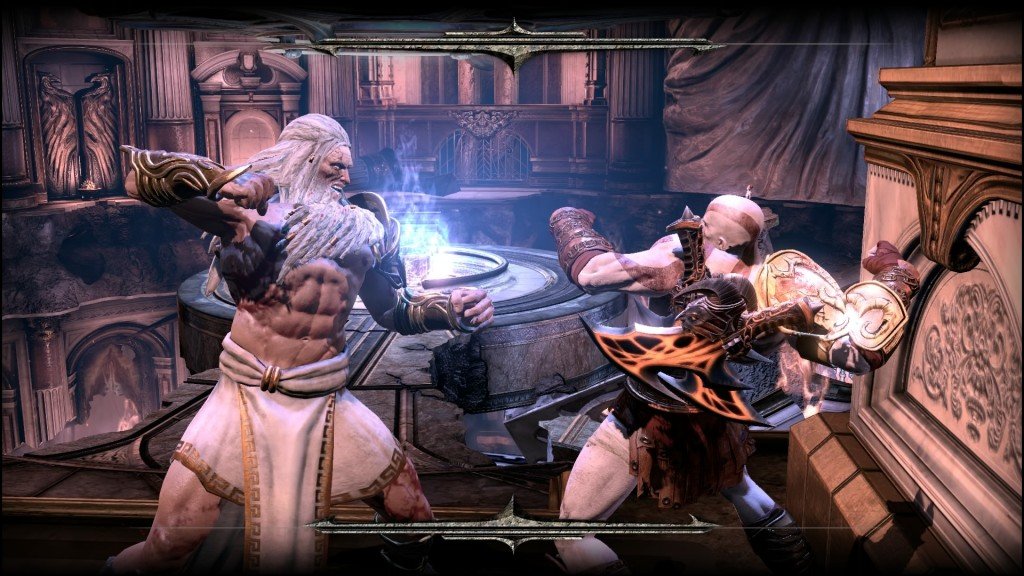 In the end, God of War 3 is an excellent game and certainly worth playing, especially if you’ve never played a God of War game or never played God of War 3. This game is brutally difficult, but it looks fantastic, especially on the PlayStation 4, However, for as great as this game is, it is still the same exact game that most of us have probably played before. There really isn’t anything new to experience here, so if you played the game before, you can probably skip this version of the game. However, Sony was smart in making this a discounted title making the sticker shock of new games something a lot more tolerable to swallow. We highly recommend you check this one out and see what Kratos looks like on the PlayStation 4.