Lumenox Games is a small Icelandic game developer that has delivered a truly gorgeous yet often frustratingly difficult 2D platformer. Aaru’s Awakening took me around 5 to 6 hours to complete and if I was any good at platformers I am sure it would have been a lot shorter. There are some genuinely difficult stages throughout the otherwise short campaign. At no point during Aaru’s Awakening did I think it was the games fault as to why I was dying for the one hundredth time in a row, I knew it was my lack of skill that was ultimately my downfall. 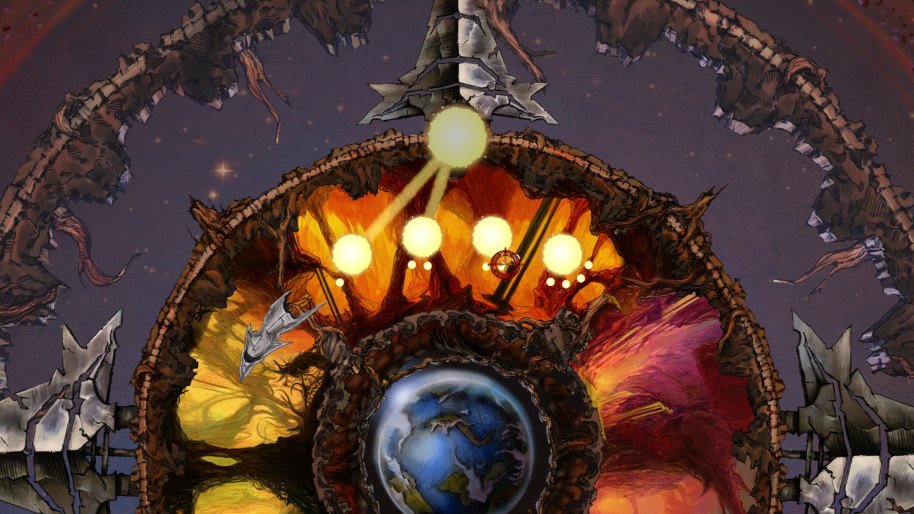 Aaru’s tale is interesting one although it undeniably takes the backseat in this perplexing platformer. The world of Lumenox is in disarray as the four gods whom rule it, Dawn, Dusk, Day and Night are in the midst of a devastating quarrel. Dawn entrusts her loyal solider Aaru to travel to each of the four god’s realms and restore peace to the land. The story is told through voice over work during stages and some picture book style cutscenes.

When first laying eyes upon the game’s art style I was immediately blown away. Aaru’s Awakening produces some authentically beautiful art design. Everything in the game is hand drawn which shows through the still present sketch lines. Each of the four territories of the game uses a different colour scheme yet they are all equally as stunning. The small amount of enemies and particularly the bosses are some of the most exceptionally designed opponents I have seen in a video game, they are truly beautiful to look at. Taking them down on the other hand, is a whole different story. 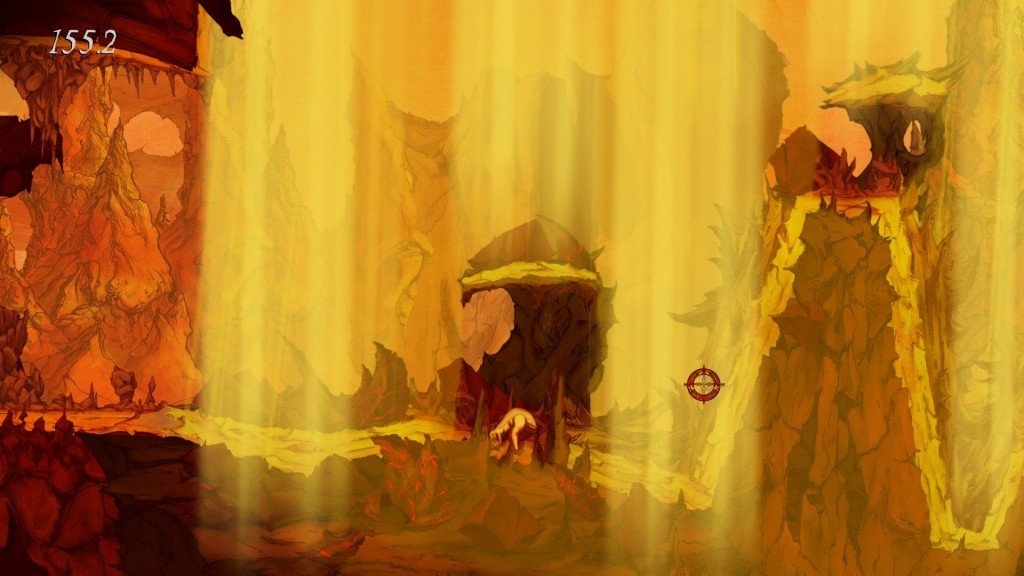 What sets Aaru’s Awakening apart from other 2D platformers is Aaru’s ability to throw out an orb and teleport to its location. Aaru also has the ability to perform an air dash, which can be used to quickly move in any direction and break through unstable walls. Both the teleport orb and the air dash are used in some very challenging and unique puzzles and a combination of the two will need to be expertly executed to get through some of the tougher sections of the game. Having the ability to bounce the teleport the orb off walls and throw it through small gaps allows Aaru to get to some hard to reach places. It would have been nice to gain new abilities throughout the short campaign although Lumenox has done a great job at requiring you to use the same abilities in different ways to keep the puzzles from becoming stale. You will only face a few different enemies during Awakening and due to Aaru not having the ability to directly attack; shooting your teleport orb towards your foes and teleporting inside of them is the only way to destroy your enemies. This often takes some skill so avoiding them is highly recommended.

A time trial aspect has been implemented into each stage of Aaru’s Awakening giving you a chance to gain a gold, silver or bronze trophy depending on how quickly you complete the level. When first tackling each of the stages this extra challenge sits at the back of your mind because with frequent one hit kills, surprise unavoidable deaths and not being able to see that far ahead of you, Aaru turns into a trial and error type platformer. Once you have gotten used to each level and know what lies before you, it was fun to go back to try and beat my old time and see how I stack up against the online leader boards. 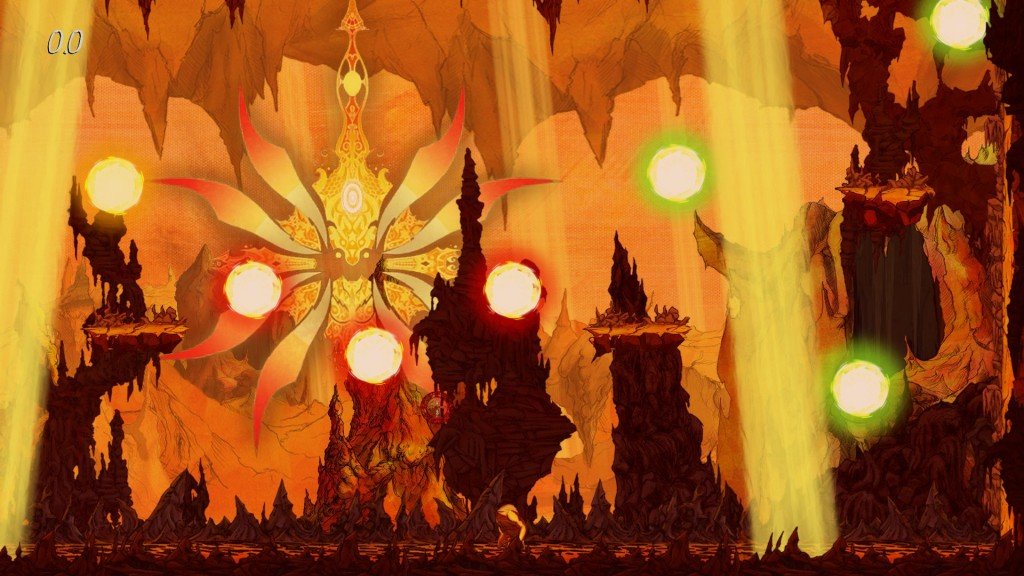 For the majority of my time with Aaru, I was breezing through each stage, with only a handful of deaths under my belt as I learn how to go about surpassing the obstacles. However every so often there were some sections that were exceedingly more difficult than the one that came before it. Despite there being only a handful of these segments that I genuinely got stuck on, these puzzles were incredibly challenging, more so than other parts of the game. Included in these sections was the last boss of the game and with no real explanation of what was required of me and between the beginning and finally defeating the boss I witnessed at least 100 death screens. It was safe to say that when I finally got through a tough sequence and hit that checkpoint, it was extremely satisfying, although the time some of them actually took brought about borderline tedium.

For anyone that isn’t well versed in platformers, watching Aaru’s Awakening’s beautiful hand drawn visuals is probably more entertaining than playing it, at least certainly less frustrating. However for those that do thrive on the challenge and love the satisfying pay-off after getting through a tricky situation, Lumenox Games have created a testing platformer that sets itself apart by creating some great puzzles catered around an excellent teleporting mechanic.