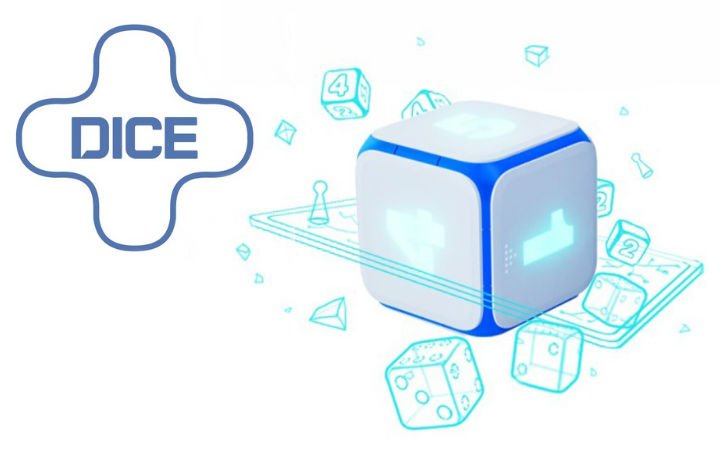 Board games have been around since ancient times and prove as humanities first examples of gaming. If it wasn’t for gaming paraphernalia such as dice and cards, gaming today would be in a very different place. Today, gaming spans from the physical world of board games to the electronic world of video games. There has always been an effort to try to bridge the two worlds but most of those solutions have involved trying to translate the tactile feel of board games to electronic systems. While these electronic board games aren’t necessarily bad games, they fail to resonate with gamers. Now comes Dice+, a gaming peripheral that was designed to perfectly bridge the electronic gaming scene with the board gaming scene. However, the question remains, is this worth the price of investment.

First, let’s start with what the Dice+ really is. Dice+ is a Bluetooth die that pairs with your phone or Bluetooth enabled device and allows you to play electronic board games while still maintaining the tactile feel of traditional board games. To use it simply roll the die and whatever number you rolled will be automatically translated to the game. Each side has a value just like a tradition 6-sided die and the value is tied to a particular side of the die. This just means that if you marked the die, the same side always corresponds to the same value. As you can probably tell, this peripheral really opens up how board games are played on electronic devices and it really lends itself to opening up traditional board gaming to non-board gaming consumers.

As far as a peripheral goes, the Dice+ unit is great. We found that the device pairs very easily with a wide range of acceptable devices. Whenever you need to roll, the Dice+ will flash a color that corresponds to each individual player. This was a very nice touch and allowed gamers to tell whose turn it was based on the unit as well as the in-game prompts. We never experienced any issues with the function of the unit or its accuracy. Once in a while you may have to re-roll the Dice+ if the roll was blocked or impeded, but it is rarely a big deal.

Unfortunately, the problem with the Dice+ is with the initial software lineup and general lack of support from software manufactures. The initial lineup includes a handful of games which demonstrate the functionality of the device, but nothing really stands out. However, we were lucky enough to speak with the company and there are several discussions in the works to bring the Dice+ to a wider audience. At this point, the power and influence of this device lies in front of it. While people may write off the device or hold the shallow initial software lineup against it, you would be doing this new piece of tech a great disservice. Once a few licensing deals have been made and you can play some big name games on your tablet using this device, it is going to be a big deal. We could definitely see people making the switch to an electronic version of Monopoly or Candyland with people using the Dice+. It really does make the transition painless and it brings a modern convenience to a very traditional space.

Finally, the Dice+ has an extremely reasonable price tag for those curious or those that want to make the investment early. You can currently purchase the Dice+ for just under $50, which considering the potential and even the current applications, is a steal. Most Bluetooth peripherals start even higher than this and the sky is the limit. It is really great to see such a great product for such a low price. Also, since this product is so new, the value will only get better over time.

Overall, the Dice+ is an amazing peripheral that has the power to change the face of board games forever. Over the next few months, if the right deals can be reached, you may be seeing this peripheral a lot more often. This really has some interesting applications and it does a great job bridging the gap between board games and video games. It is simplistic in execution but elegant in design. It makes so much sense you’d wonder why this wasn’t thought up years ago. In the end, it is difficult to recommend buying this unit immediately because there isn’t much opportunity right now, but give this product some time and it can very quickly become a product you can’t live without. However, considering the price of the unit, picking one up now may not be a terrible idea.