Upon completing the third episode of Telltale’s Game of Thrones, I found myself wondering the necessity of this episode. Some interesting plot points developed, but most of the episode reiterated most of the conflicts we’ve been introduced to in previous episodes, and it feels more like a filler episode to take us into something bigger next time instead of standing tall by itself. 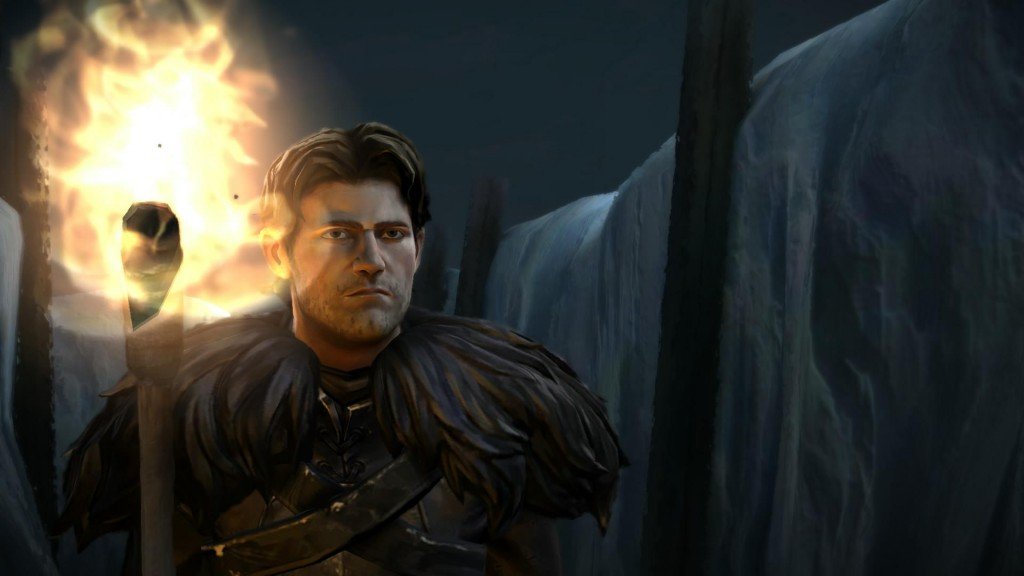 Picking up right where episode two left off, we’re thrown back into the role of Asher as he’s escaping those trying to kill him with Beshka and Malcom. While escaping through a cave, they come across one of Dany’s dragons, which was a nice climactic moment. The tough choices you’ll be making as Asher has you deciding where his loyalty lies: with his uncle Malcom, or with his friend, Beshka. Asher’s story tends to drag on a while, and as soon as it gets interesting, we’re greeting by a “next time on Game of Thrones.”

After a visit from his uncle, Gared finds himself also questioning where his loyalty lies, as he’s been asked to betray the brotherhood he just swore an oath to. A new interesting dynamic develops in this episode between Gared and his fellow men of the Night’s Watch, as each character’s morality is brought into the spotlight, and the line between friend and foe becomes blurred.

After the ending of episode two, it finally looked like Mira’s story arch would become much more interesting, but unfortunately, her role in this episode lacks a real punch that makes your dying to see what happens to her character. Whenever the game would switch over to Mira, I generally found myself dreading it, as the other character archs, especially Rodrik and Gared’s respective archs, were far more interesting. 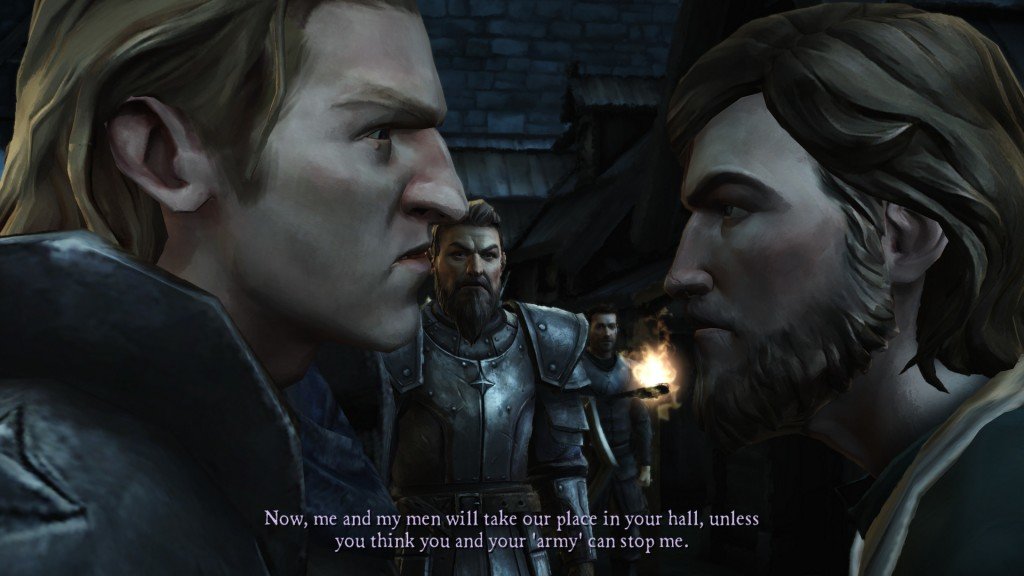 Speaking of Rodrik; he still features one of the more compelling archs. Being a crippled lord unable to use much physical force really puts him in difficult positions, especially when Lord Whitehill sends one of his sons, Griff, to torment Rodrik. The only issue here is that Griff practically reiterates the same threats that we’ve seen in the first two episodes from other various Whitehill lords. Though his echo is a little too similar, it still produces some great moments that will really define just who your version of Rodrik really is.

I thought I might have adjusted more to the watercolor look Game of Thrones has gone for, but it’s still a massive distraction to the game. Episode three had even more moments where the visuals had taken center stage over what was happening with the characters, and it makes being sucked into the universe harder to achieve.

The Sword in the Darkness didn’t pick up speed until about the last half hour, and instead of potentially saving a less memorable episode, it all but confirmed that this episode was just a filler to prepare us for the next chapter. There are some memorable moments in episode three, but so much off the fat could have been cut off the meat. Episode three is still definitely worth your time, but the choices you make this episode seem less essential.

Did you like this? Share it:
No Killer, Mostly Filler | Game of Thrones: Episode Three - The Sword in the Darkness Review
Overall7
Positives
Negatives
7Overall Score
Reader Rating: (0 Votes)
0.0