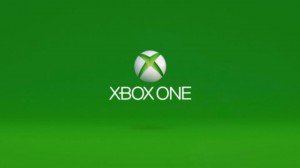 A few weeks ago, Microsoft officially revealed the Xbox One to the world with a mixed reaction coming from the gaming public. Then, to kick off the 2013 Electronic Entertainment Expo, Microsoft gave their first conference since the Xbox One reveal. Initially, the first conference had a mixed reaction due to what was presented and some newsworthy articles that came after. With Microsoft’s E3 conference wrapped up, did they change anyone’s mind from the Xbox One reveal, or did they dig themselves into a deeper hole? We’re going around the Nation to get the reveal from the New Gamer Nation staff to find out.

Personally, I thought the XBox One reveal was a bit of a letdown. I thought the games like Call of Duty: Ghosts and the FIFA features were just okay. An exclusive game would have helped to put them over a little more. Even though I’m not a big fan of the franchise, the new Halo would have helped, mostly because when I think of Halo, I think of the Xbox; I can’t say the same thing for Call of Duty. The entertainment features are nice, but I didn’t feel those features (or the new Kinect features) would apply to me, so I kind of felt left out of the presentation.

Prior to the conference, they answered the questions on their DRM and used games policies, basically confirming what they had been saying since the reveal. When they did that, I knew they weren’t going to mention any of that on the big stage at E3. I would have liked to have seen them address that to the live audience while giving their reason why this would benefit the console. Still, the conference itself wasn’t terrible, aside from a couple technical difficulties (but it’s a live show, and I know the panic when something doesn’t go right live). I quite enjoyed seeing games out there like MGS 5, Killer Instinct, and Max: The Curse of Brotherhood. Ryse looked interesting, mainly because when they first showed it off a couple years ago, it was a Kinect game; however, it now looks like it’s become more controller based, littered with quick-time events. I want to know more about the Sunset Overdrive and Quantum Break games, because all we really got was a trailer. The $499 price itself was what I was kind of expecting for both consoles(but I’ll give my view on Sony later), so I wasn’t too upset about it.

I’d say Microsoft played it safe, bringing out a ton of games for just about everyone. I think getting the entertainment features out of the way at the reveal helped them out, allowing them to give a second chance for a first impression.

Well. That was a very good conference compared to years past. Now that Microsoft has a destination of where they want to take their console, we saw games that looked very good and could be fun to play, but to me, everything was overshadowed by it’s price point. However, before I get to that, here is what I thought of everything announced during Microsoft’s conference:

1. Metal Gear Solid 5: The Phantom Pain on Xbox One looks spectacular. Open worlds, better CQC, and more dynamic ways to utilize stealth makes this entry in the MGS series very different from those in the past. The game also has real time weather and multiple vehicle options. I think it’s a nice change of pace for the series considering the games feel almost identical aside from a change here and there, but MGS purists might feel differently. Only time will tell if these changes hurt or help the game.

2. New Xbox 360 model. It will be quieter and smaller to boot, so it’s pretty much like every console revision ever. It also resembles the Xbox One, for some unknown reason. I currently don’t own a 360, so if this model is cheaper, then I will gladly pick one up, but with no announcement, I’m assuming it’s going to retail at the same price, which is a bit of a bummer. There will also be a Playstation Plus-like model that will give gamers 2 free games until the release of the Xbox One, which is awesome. The first two will be Assassin’s Creed II and Halo 3. Hopefully, we will get some more current games as part of the deal as well, which starts July 1st.

4. Ryse: Son of Rome has some promise, but something about it doesn’t say it’s a next generation game. I can’t quite put my finger on it, but it still feels like an Xbox 360 game ported to Xbox One without utilizing anything but better controls. I do like the idea of the game, but not enough to say I am going to buy an Xbox One for Ryse.

5. Killer Instinct. Yay? I’m glad that it’s back, but I didn’t get anything from it. Maybe that’s the point?

6. Sunset Overdrive looks bonkers! I love Insomniac, but even I have to say that they haven’t had the best track record as of late. The Resistance series never caught on for me, Fuse was very bland and generic, and Ratchet & Clank started to slow down creativity-wise as soon as it made the jump to next gen (though A Crack in Time was pretty darn good), so I understand that Insomniac might not have the same clout as it once did, but Sunset Overdrive will hopefully change that.

7. Minecraft: Xbox One Edition. Never played it either.

8. D4 looks…well…it looks good? The trailer was so brief that the only thing I got from it was its art style and that it’s an episodic murder-mystery. I can’t really say any more than that.

9. Project Spark is an interesting idea. It resembles LBP in that the game is driven on user created content and that you will be able to build game genres such as action-adventure & shoot-‘em-ups. You will be able to create using either the Kinect or Smartglass app, though I’m thinking the app will be the preferred way to do so. Even though no release date was announced, it has potential. I just hope there is enough of an install base for the Xbox One that when it does come out so there will be enough players to create and share their content to bring this game to life.

10. Speaking of Smartglass, you will be able to do a whole slew of features on it though Xbox One. You will be able to match-make in one game while playing another, and when it’s done, you will be notified and switch over in real time. You will also be able to use a video editing feature called Xbox Upload Studio that will enable you to edit your footage and upload it to the interwebs. I don’t know how often I will be using both Smartglass and Xbox Upload, but it’s nice that it’s there.

11. No more Microsoft Points on Xbox One, as they will be switching over to real currency. FINALLY.

12. Crimson Dragon looks great, just wished I was able to actually hear the trailer. Coming from the creator of Panzer Dragoon, this game has a lot going for it. I don’t know if this will be a Kinect-only game or not, but the way it moves seems to be otherwise. Hopefully, this version of Kinect will be able to work properly, because Crimson Dragon shows a lot of promise.

13. Twitch is integrated into Xbox One. Sweet.

14. Dead Rising 3. I did not expect that at all. Feels good to be surprised every once in a while. The tone of the game is very different for a Dead Rising game, which might turn some people off, but as soon as I saw the saw/sledgehammer combo, I felt okay with them taking the game into this direction. The fact that it’s coming out this holiday is also a pretty big surprise. We’ll see if this gamble works out for Dead Rising 3.

15. The Witcher 3: Wild Hunt looks breathtaking. Despite not playing any of the previous Witcher games , I do really want to play Wild Hunt.

16. Battlefield 4 is an FPS. Looks good, but it’s pretty much standard FPS flare.

17. Black Tusk’s AAA game, for the 10 seconds that they showed, looks…umm…good?

18. Below is a game I am very interested in. I always enjoy games that kind of veer off from the norm and do something new. I just have the feeling that Below is going to be multiplatform, though.

19. Xbox One – $500. No. Just no. I cannot convince myself to spend $500 (probably $550 with taxes) on anything I saw, even though I would like to play some of them at a later point. I just feel like Microsoft wanted to appeal to a mass crowd that would utilize the TV features and then buy games on the side. At that price, no one is going to drop that kind of money unless your product has an Apple logo on the back. I even think the truly hardcore Microsoft fan is going to be iffy on dropping that kind of money day one. I think they shot themselves in the foot launching it at $500 (for the record, I thought it would go for $450).

20. Titanfall looks phenomenal. I’m not the biggest FPS fan, but Titanfall might bring me back in the ring. Mechs! Jetpacks! You already have me Respawn. It is coming to PC & 360 though, so I may or may not have to buy an XBONE (I’ve been wanting to use that abbreviation for a while, felt like it was appropriate here.)

21. Halo. It’s Halo alright. Where do you go with the series? It’s in need of some kind of shake up in terms of gameplay and story. Hopefully it happens.

In closing, while I did think some of the games were truly beautiful, I just can’t get over the price point. Considering the policies that are in place, they really needed to convince people that the price point is justifiable, and I felt like they unfortunately didn’t do that. Sure, a lot of games looked really good, but most of them are going to be available on PC or the Xbox 360, so why would I spend $500 if I can just buy the game on the console I already own (well, not me, but I know a lot of you guys do).