Bit.Trip is a series of very simple rhythm based games that have caused gamers to throw controllers at their TVs for years now. Previously this enjoyment and frustration was for Nintendo owners, but The Bit.Trip allows Playstation users to jump in the agonizing fun. All in all, the transition to Playstation is mostly flawless; allowing for no excuses for failure other than your own skill.

There are six games in this collection just like the Wii version Bit.Trip Complete. It’s essentially the exact same thing and nothing really new has been added. In fact, the bonus challenge levels in Bit.Trip Complete were removed for some reason. Even with that being the case there is still plenty of fun to be had.

For anyone that doesn’t know what the hell Bit.Trip is, it’s best explained as retro-style, arcade-type, rhythm games. The six games all have similar themes but can have completely different gameplay. There is a good chance you’ll find a favorite and stick to mastering that game over the others. 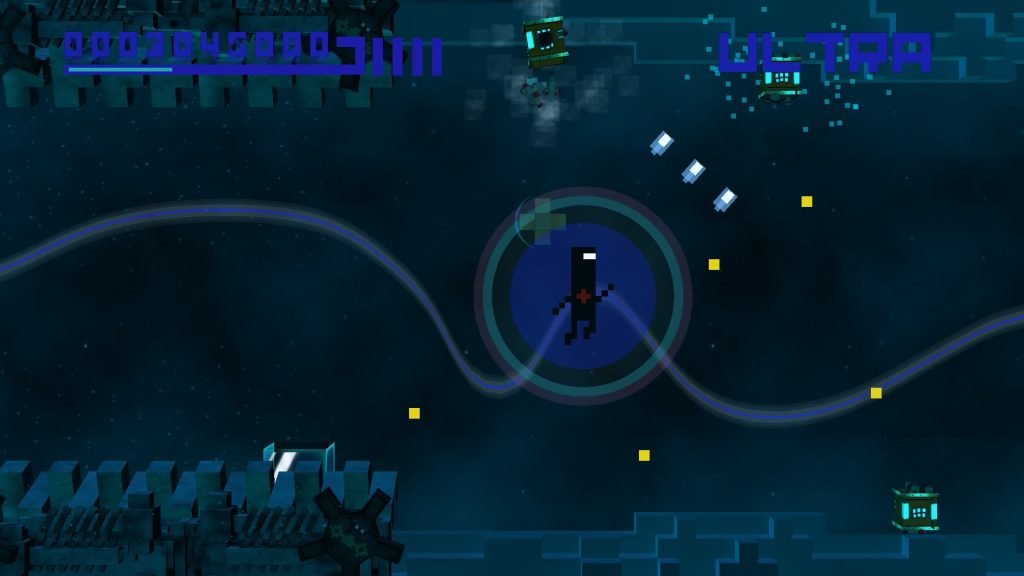 Bit.Trip Beat is reminiscent of Pong with a paddle you move up and down to block dots. Each dot you hit makes a beat and you’ll find out soon enough the rhythm is there to help you with the patterns. Bit.Trip Flux is more or less the same thing with small differences. Bit.Trip Core has you controlling lines on an X and Y axis. You have to press a button the moment a dot crosses one of those planes.

Then you have Bit.Trip Void where you are a black dot that moves freely on the screen. You collect other black dots that will cause you to expand. You must avoid the white dots and will periodically compress yourself back down to a smaller size. Bit.Trip Fate is completely different than the games I just mentioned. Fate is an on-rails shooter that has you moving with the left stick and shooting with the right. You blast enemies and dodge on the track by sliding back and forth. Lastly, there is Bit.Trip Runner which was the most addicting game for me. Runner is an auto-runner that you need to jump, slide, and kick your way through obstacles while collecting gold. 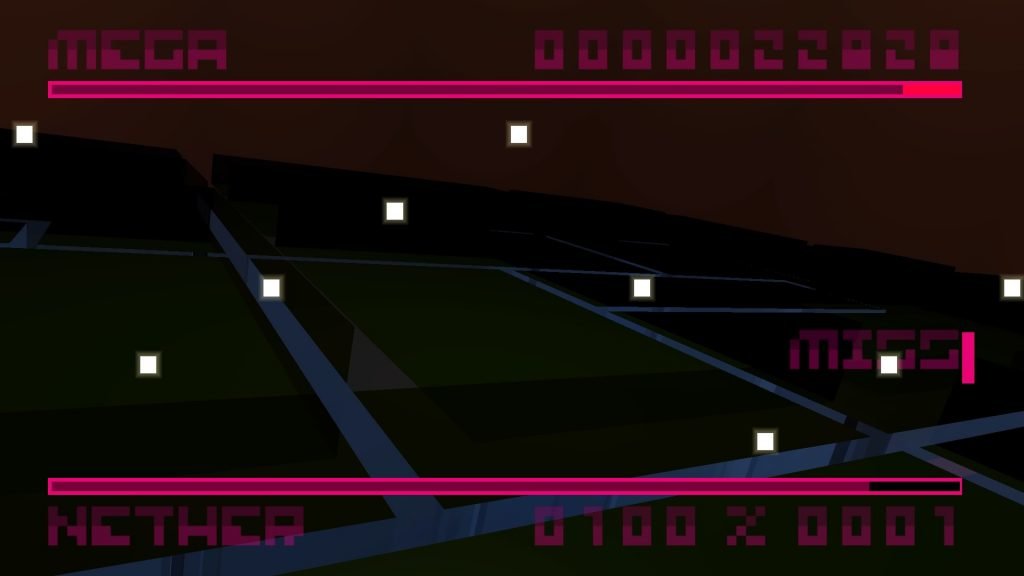 The games are simple and you will understand what to do almost instantly. The hard part is actually getting somewhat decent at any of them. I will fully admit I completely suck at all of them. I kept playing and I did get slightly better, but nothing I will ever boast about. You don’t have to be good to have fun. The games are fun to make a few attempts and then do something else, or play for hours to try and beat your score. It works both ways and the variety of game types will keep the collection from feeling stale.

Their simplicity makes them addicting, but it’s absolute frustration when you make a mistake near the end of a level. One instance in Runner I couldn’t get past one obstacle. I would fly through the level over and over again, but I kept messing up one part. Naturally, when I finally did make it past that part, it was the last obstacle of the level with the finish line right behind it. It’s this drive of beating the challenge that spurs you on. I lost track of how many times I muttered to myself, “just one more try.” 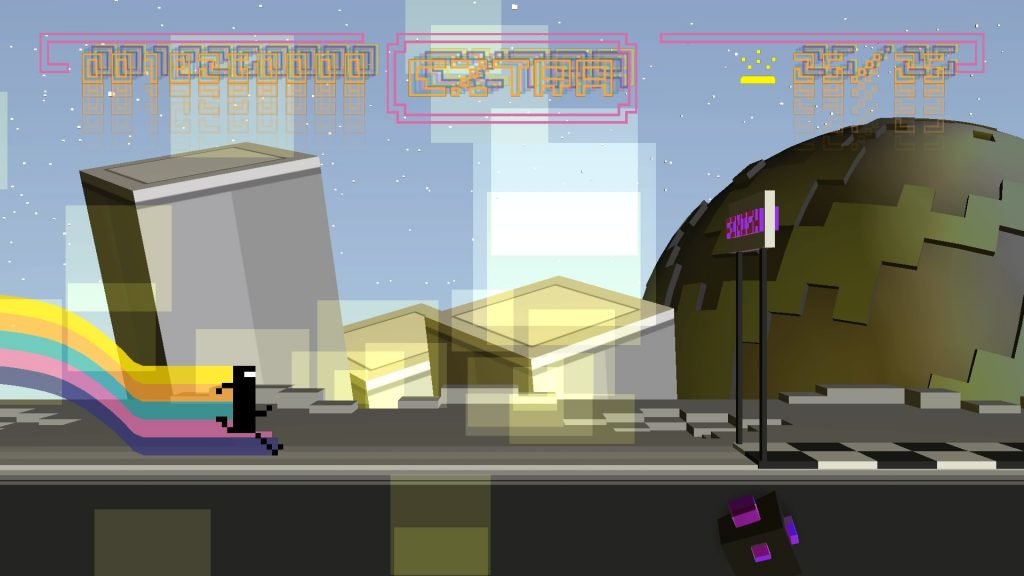 The Bit.Trip is a wonderful collection of many great games. They’re all score based and extremely difficult so this isn’t for the casual gamer. The ability to change the difficulty setting certainly helps, but it’s still not an easy game to play. These games are made for people who are obsessed with topping the leaderboards, but they are still fun to play even if you can never beat a single level. I certainly suck and I still have a blast playing them.

The Bit.Trip is just a collection of games and nothing more. It’s just a way of getting old, but great games, to a new system. The variety of games, the sheer fun had with them, and the catchy soundtrack makes each individual game awesome by itself. With them all packaged together makes for an even better deal. If you have already played them all, or own Bit.Trip Complete on another system, there’s really no reason to get the Playstation version. If you’ve never heard of these games or have always wanted to try them, then The Bit.Trip is certainly worth your time.

This review is based off a review code of the Playstation 4 version of The Bit.Trip developed and provided by Choice Provisions.