The forth episode takes the series to a place I never saw coming. If you asked me to describe Life is Strange after playing the first episode, I would’ve described it as a slice of life melodrama about two friends reconnecting and surviving their teenage years in high school. Now if you ask me, I can say it’s one the darkest and most depressingly real games that deals with serious issues from hopelessness, death, and disturbed individuals.

And I love it. 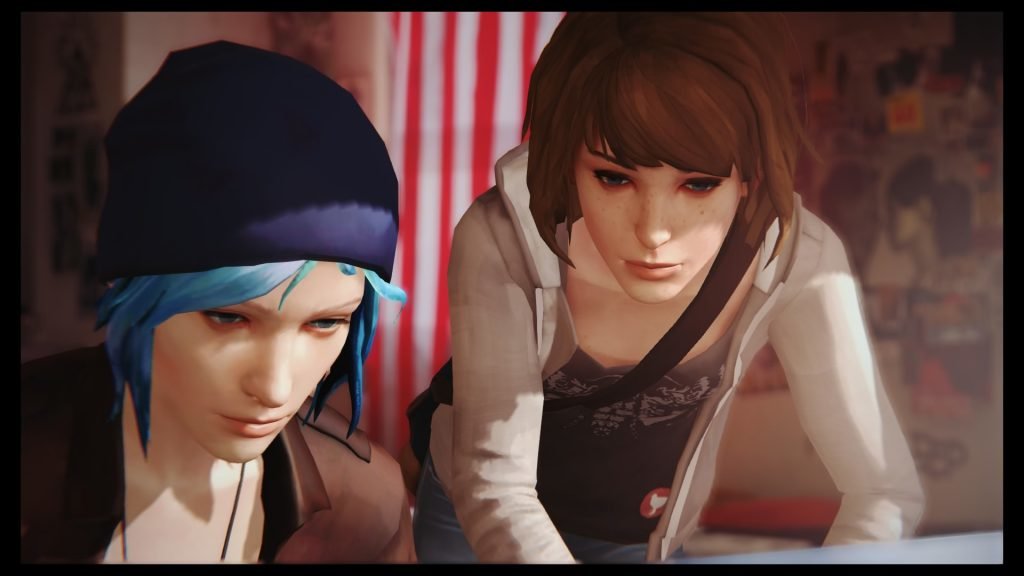 The last episode – Chaos Theory – ended on a major cliffhanger that I don’t want to spoil, but it involves one character having their life turned upside down in a major way. It’s such a depressing opening there isn’t any other way to describe it. Walking around and examining everything reveals the troubles that this character is dealing with and how helpless they are to the situation. Everything about it is deeply depressing and it all comes to the tipping point when that character asks Max to do something that I would like nothing more to talk about, but it would spoil the surprise. Trust me when I say it hits you as one of the darkest and most depressing choices you have made yet.

It’s tough watching the characters try to deal with this issue and the choice is completely left up to you, but more importantly, it’s all very, very real. Real people are dealing with this particular struggle and DONTNOD did an amazing job selling the hopeless atmosphere. It’s a powerful opening I love, but in a way it can be viewed as a copout with how it plays out. Then again, with episodic games like this, it’s way too early to really know what that choice actually affects. This roller coaster of emotion is just in the first 20 minutes! It’s a great foreshadow to how episode 4 has a new, dark tone. 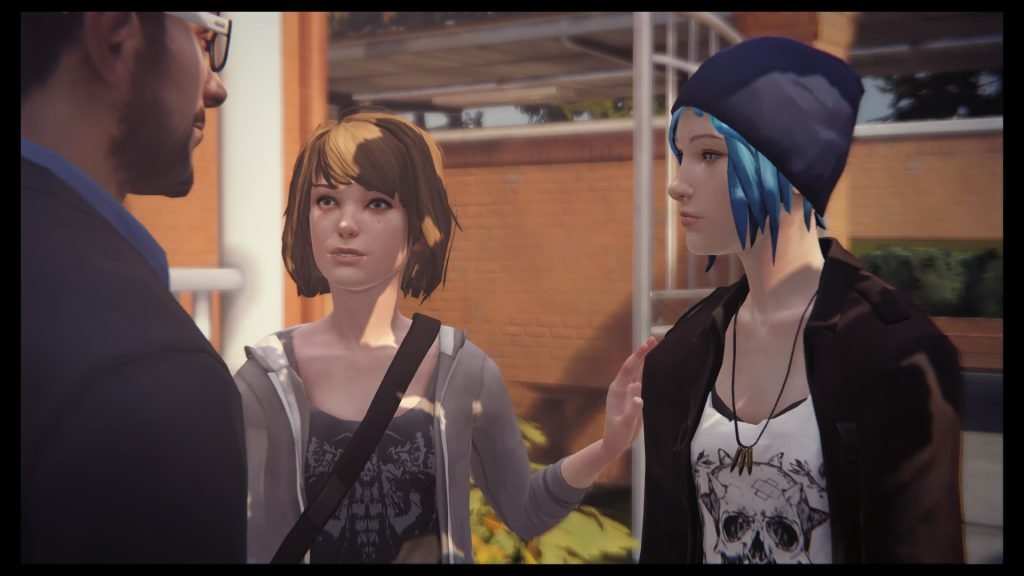 That said, the entire chapter isn’t dark, and after the prologue it’s a back to solving the case of Rachel Amber. Max and Chloe go around collecting evidence from various people. Life is Strange handles it well with how many outcomes and ways you can go about getting this evidence. For example, there is a locker you need to break into. Based off a choice in the previous episode, a person will be standing near that locker or not. If they are, you then have to find a way to get them to move to steal their keys, and if they aren’t, you can use a crowbar to bust your way in.

Life is Strange goes even further by using your own memory. You can open the padlock that locks the locker with a combination that you learn in the previous episode. There is no warning to remember this number or a clue Max says to point it out. I happened to go back to episode 3 to get another save file up to episode 4, and saw the same padlock. I wrote down the combination and when I reached that part in episode 4 the same combination worked. Now that’s cool. 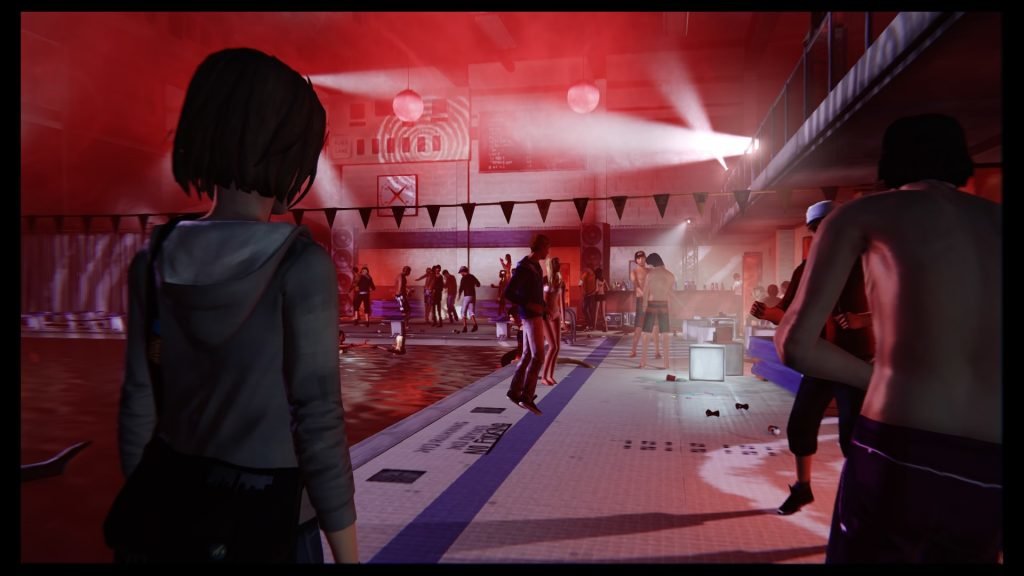 The best part is that your choices do really matter. I was trying to get information out of someone and things were going fine until I said one thing wrong. Next thing I knew, they were dead. Things spun out of hand so quickly I was stunned. I immediately rewound and made sure to get the information without someone’s death on my hand. In my next save file (where I do everything different to see the outcomes) I let the conversation go poorly expecting to kill the person. But because that person didn’t have a gun, I didn’t kill the person, but only wounded them. It was a choice from a previous episode that determined if they had a gun or not. You can also go into this conversation without a gun if you lose it in episode 2 and don’t get it back in episode 3. Then a knife comes into play to stab him instead.

Does it sound confusing? I was confused trying to figure out what was influencing what. My previous choices influenced the way this one conversation played out in a big way and I could’ve moved forward in three ways. 1) The person dead. 2) The person wounded. 3) On good terms with the person. I can’t wait to see how that influences the next episode, because I know based off episode 4, your choices can really come back to bite you. 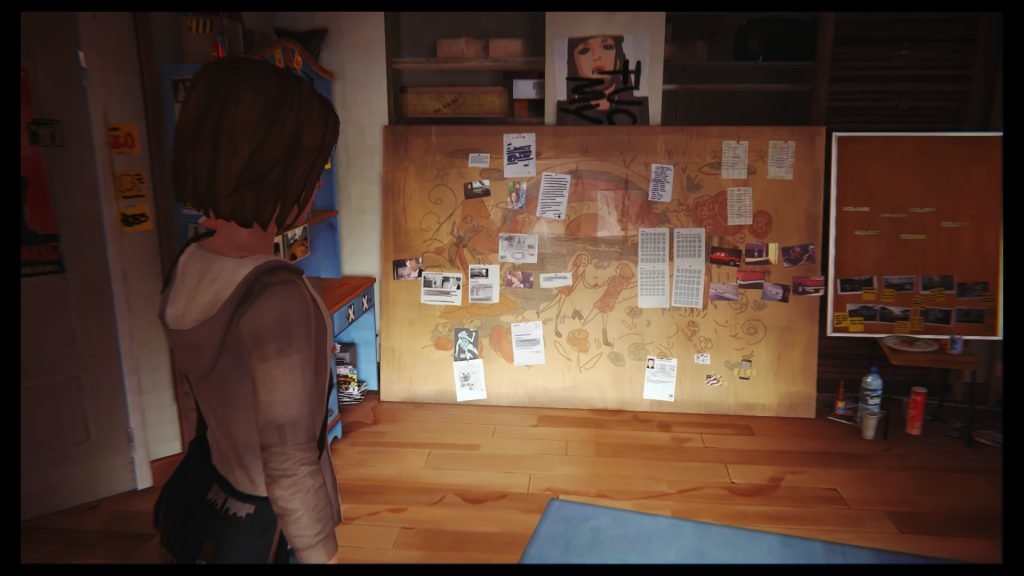 I loved all the conversations and plotlines in episode 4, but the gameplay aspect got a little worse. There is one cringe-worthy puzzle that left me aggravated and annoyed. It involves matching up clues and honestly, it’s really fun concept, but the interface ruined it. You can’t see all the pieces unless you examine them and there is a lot of evidence to go through. If you could see the evidence without hitting a button on every single one that would’ve made it go a lot smoother. Then you could scan your eyes over it and see what matches what. This made you go back and forth a lot to the point where sometimes guessing was faster. You also have to go through this process seven times and that’s a little much. Four or five times would’ve been pushing it. It really was fun matching clues and figuring out how to–say–unlock a phone with the information you had in front of you, but it could’ve been done in a smoother way to ease some of the annoyance.

My biggest issue with Life is Strange – and this holds for the entire series – is its poor pacing. You have these awesome moments going on, but in between are annoying gameplay aspects. When you arrive at a barn it’s locked. You take control of Max and walk around the side to find another entrance. Why did I have to do that? It wasn’t complicated or hard, it took less than five seconds. There wasn’t even anything really to examine or explore so that wasn’t the reason.

Then some conversations can carry on a bit too long at the wrong instance which can damper the intensity of a previously thrilling moment. I’m okay with lots of talking, but sometimes Max would carry on a completely normal, everyday conversation after discovering a major revelation. I wanted to get on with the story to discover more crazy twists and surprises, not talk about someone’s crush. When you discover something crazy and shocking, having a normal conversation with another student about everyday life feels like someone pausing the climax of a movie, making you wait fifteen minutes, and then finally finishing it. You lost the mood and the rush. It’s just not the same. 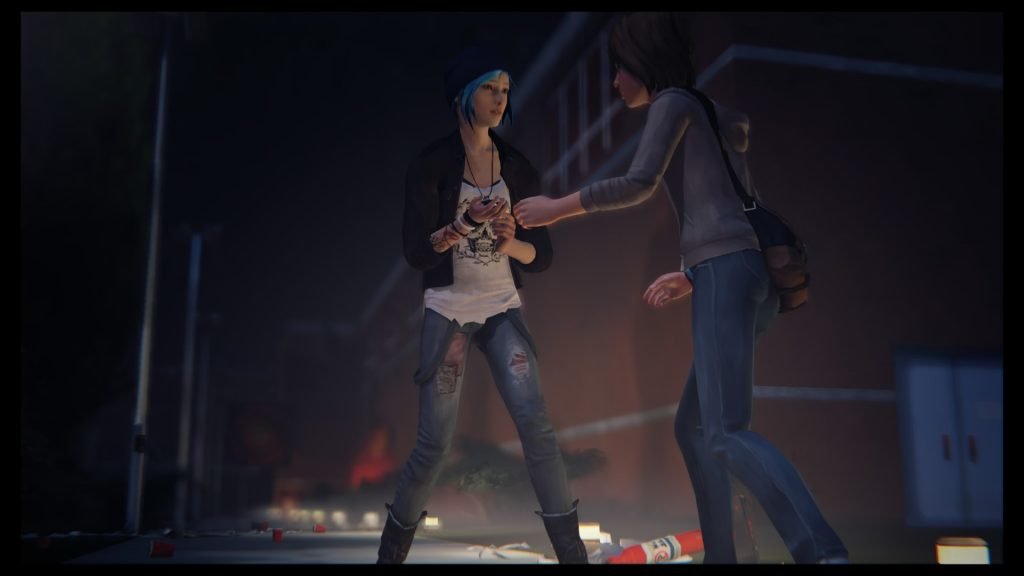 I said it in the last review that it was okay to have less gameplay when a game is so narrative driven, and I stand by that in episode 4. I was playing with my girlfriend and she hit the nail on the head when we were watching a major part of the story unfold in front of us. “I’m too annoyed and bored with how long it took to get here to care anymore.”

I think that is a little extreme because I can say we both definitely cared, but she had a point. The opening and closing are terrific by any gaming and story standard. There are some spikes during the episode, but it can slow to such a crawl it can almost drag and ruin the stronger points. My suggestion is to really take your time and understand it’s a slow game. Often time you want to beat an episodic game in one sitting because Telltale games are often less than 2 hours so they can be beaten easily at once without that dragging feeling. Episode 4 took me about 4 hours to beat my first playthrough, and I know there was even more people to talk to that I didn’t. The third time I played this episode it took me about 2 hours because I was rushing through it just to see some main points in a new way. You need to take your time and understand it’s alright to stop mid episode…if you aren’t too hooked of course. 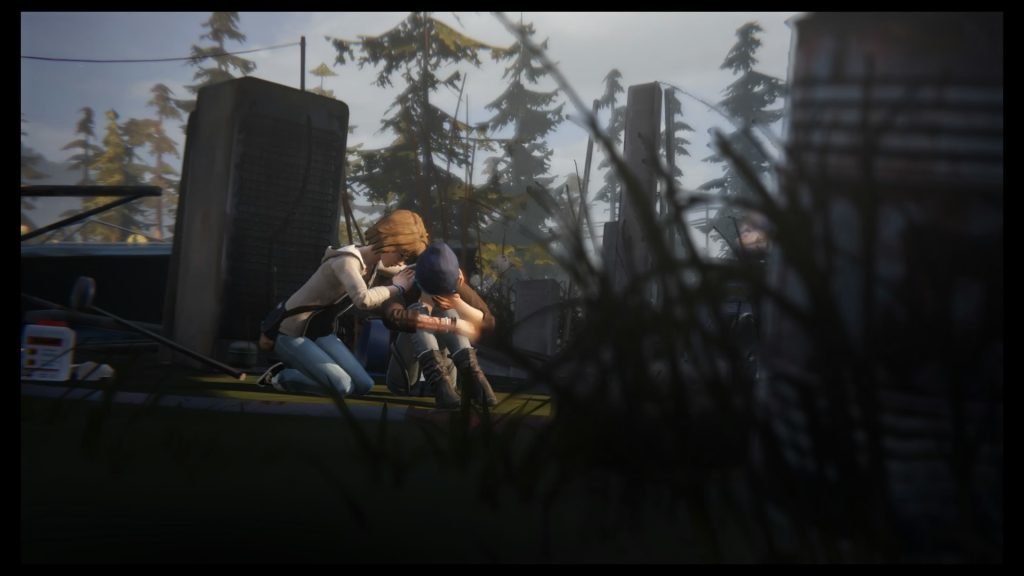 The Dark Room takes the series to new dark depths. I absolutely love it. Admittedly, if this wasn’t what you wanted out of Life is Strange, you may not like where it’s heading, but it’s brilliant in this new turn. It had its dark elements going on in the background with cyber bulling, alcoholism, domestic abuse, abortion, and the list goes on. Now, it’s not about internal struggles with yourself, but really trying to survive. This is no longer about two girls who strengthen their bond of friendship as they solve a missing persons case. I can’t say anything without the fear of spoilers, but by the end of this episode, you will feel like you’re playing a whole new game. A game that is dark, twisted, and an incredible thriller.

This review is based off a retail copy of the Playstation 4 version of Life is Strange episode 4 The Dark Room developed by DONTNOD Entertainment and Published by Square Enix.