Life is Strange Episode 3 – Chaos Theory starts out immediately picking up where Episode 2 left off. I won’t spoil anything from episode 2, but it left with a pretty major decision that literally was the life or death of a particular character. Needless to say it’s an emotional impact on Max, regardless of the outcome. While episode 2 was about Chloe and Max bonding more, episode 3 is finally about beginning to look into Rachel’s disappearance.

Right away you will be sneaking around into places you shouldn’t go. It’s very reminiscent of teenagers sneaking out at night. On one hand, it’s extremely childish where you can tell they are practically doing it just to say they broke the rules. On the other hand, Max and Chloe aren’t doing this strictly for fun. They want answers, and they feel people have been keeping secrets from them. 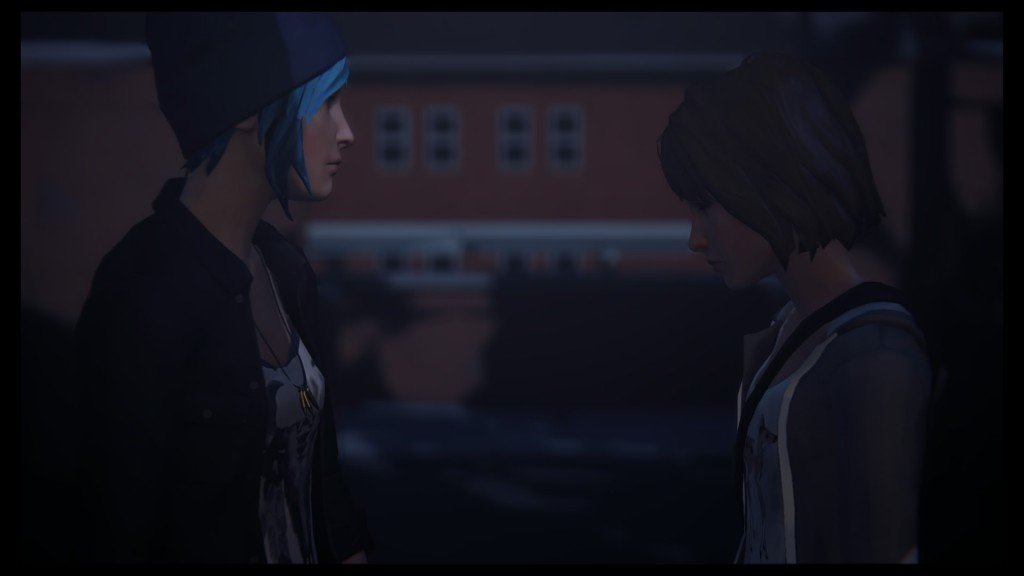 Sneaking around at night isn’t all that tense and even in the moments where you are supposed to stay hidden didn’t make me sweat. Trying to get your blood pumping may not be the exact goal of this episode (if it is, it failed), mainly because this is primarily about gathering information. At least, in the supposedly tense moments.

I never felt the pressure when I was gathering info, but I was hooked to all the information I was gaining. Finding out why Chloe was kicked out of school and what is on files for the other students shines the light on many unanswered questions while simultaneously raising more. I wanted to find everything I could about the characters. It’s a credit to the setting the developers have created.

It’s not all enticing mystery in this particular episode. Max and Chloe are still two teenagers who like having fun and decide to do just that. It’s something Life is Strange does a lot. It breaks from the main plot which is often dark and serious, to lighten the mood with some slice of life fun. This means Max and Chloe bond even more and you get further insight into their relationship. 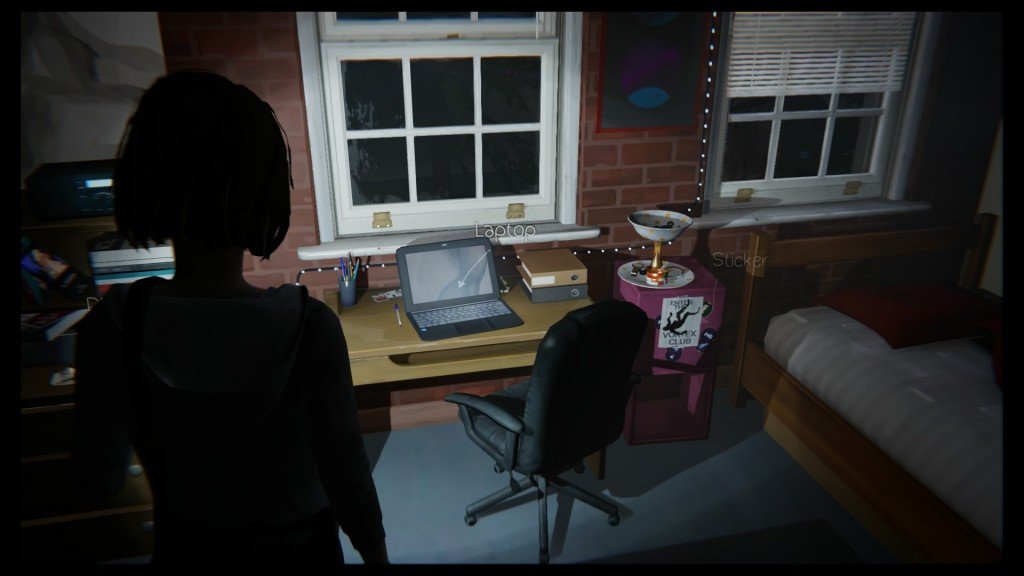 I’ll admit these moments can be slightly jarring as you will go from an action movie spy searching for answers to a teenager girl complaining about life’s simple things. I won’t say the pacing is bad though, because I enjoy these in between moments the two girls have together. It’s never too slow, because you honestly care about what they’re saying. Even when something seems random, it will usually relate eventually.

There isn’t anything new gameplay wise in this episode, but a neat aspect is how Max is getting more creative with her powers. It can get confusing, and even Chloe makes a time traveling suggestion to solve a problem only to talk herself in circles before giving up. It’s not unlocking a new power, but using the same one in a new way.

You saw a little of this in the first couple episodes. Where you gather information, then start the conversation over again knowing the new information. Chaos Theory takes that same principal but advances it so it isn’t so cut-and-dry. It requires a little more thinking…or guess work. Gameplay mechanic or not, I enjoyed seeing Max using her powers in clever ways as she gets a better grip on them. It has a certain authenticity to real life if someone was found in this situation. They don’t only unlock new powers at random moments, but they learn to use their same powers more efficiently. 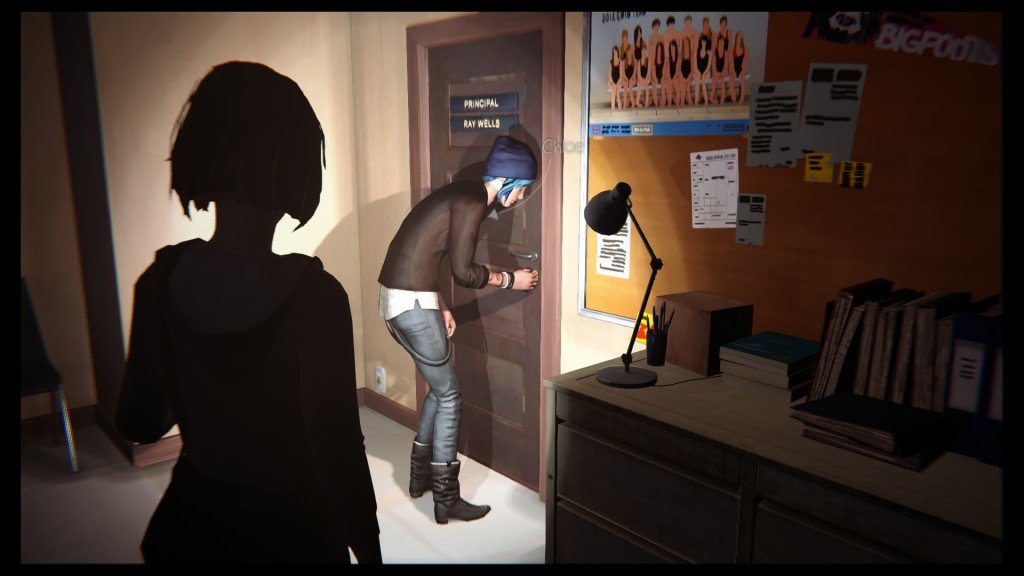 I am starting to get a little tired of constantly searching for everything. I understand that’s the game, and I am happy to search when it comes to situations that make sense. For instance, finding materials to make a homemade explosive device. That requires critical thinking of where those materials may be and you get the satisfaction of figuring it out. What I don’t like, is when I have to help make breakfast and I am told to fetch the eggs and milk. Naturally…they aren’t in the fridge for some odd reason. They were easy enough to find, but it was a total waste of time. I didn’t learn anything and I could have explored the environment anyways.

I am afraid future episodes will use this mechanic a little too much. It’s okay in games like this to sit through mostly dialog. The later episodes of The Walking Dead didn’t even have that much walking around. It seems that if there is a long section of dialog, what follows must be a playable section of the game. That doesn’t necessarily have to be true when it comes to narrative driven, episodic titles. Chaos Theory didn’t annoy me, but I’m worried future episodes may have me do mindless fetching tasks just for the sake of needing more gameplay. 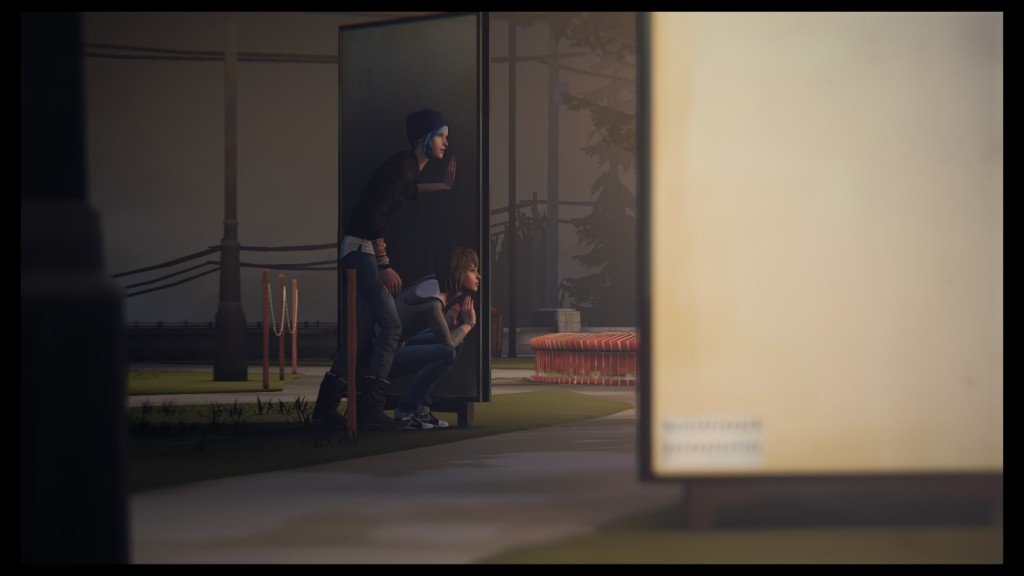 The biggest and greatest part of Chaos Theory is the ending. It’s all anyone is really talking about when the third episode is mentioned. I won’t spoil anything of course. In fact, I don’t want to say anything about it, because I’m a firm believer that even the smallest detail will spoil it a little. Basically, it’s a great ending that will make the wait for the next episode agonizing.

When most mid-season episodes for games like this can drag as the story starts to prepare for a climatic final episode. Life is Strange doesn’t slow down at all and continues on its sturdy pace of melodrama and serious life changing events. Chaos Theory is the start of diving into the mystery of Rachel’s disappearance, but only slightly. You learn more about her, which is nice, seeing how she plays such an important role and you don’t really know anything about her besides that everyone loved her. Most of the episode is still about the relationships between Max and Chloe, and that’s something I’m okay with since I enjoy the character so much. The powerful ending will hit you and honestly, it’s reason enough to play this episode.

This review is based on a retail copy of the PlayStation 4 version of Life is Strange developed by Dontnod Entertainment and published by Square Enix.