Playstation 4 owners will finally have the chance to play Rise of the Tomb Raider when it hits shelves on October 11 of this year. Square Enix announced the release will coincide with the 20th anniversary of the original Tomb Raider, and will have new DLC added to the game. Rise of the Tomb Raider: 20 Year Celebration will include two new single player missions titled “Blood Ties” and “Lara’s Nightmare”.

Blood Ties will allow players to explore Croft Manor and discover secrets within, while they defend it from zombies in Lara’s Nightmare. Furthermore, the Blood Ties DLC can be played in VR exclusively for Playstation VR. Also, a new co-op Endurance Mode will be added where two players must survive the elements and enemies by hunting, collecting, and crafting. Finally, an Extreme Survivor mode has been added where all the checkpoints have been taken out and the only way to save the game is to forage enough resources to start a campfire. 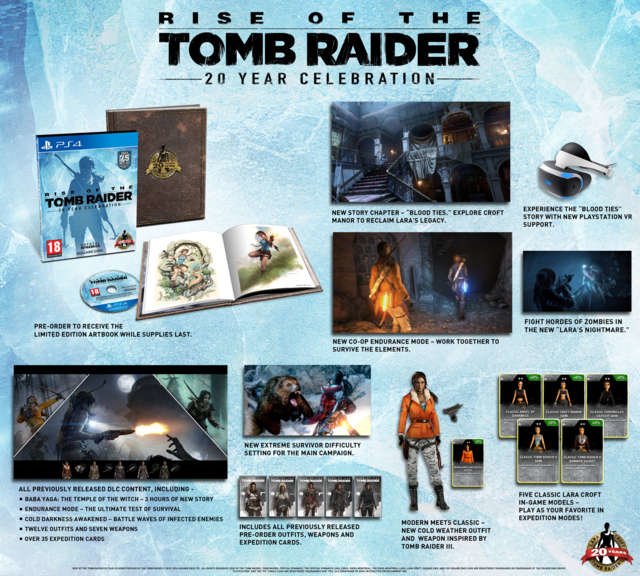 What do you think gamers? Are you picking this up? Let us know in the comment section below and stay right here to New Gamer Nation as your source for all things gaming.