There is no denying that the Borderlands franchise has developed a loyal and devoted fan base. Between their aggressive content strategy, the sheer amount of customization and tightly designed controls, there is not much to hate about the Borderlands games as a whole. For better or for worse, Borderlands: The Pre-Sequel follows the same formula that the other two entries in the series did creating yet another great game that sticks very closely to its predecessors. On one hand, you get a new Borderlands game lots of new content, new characters and an all-new adventure. On the other, you get a game that is very similar to all the games you’ve played before including both the good and the bad. If you love Borderlands, chances are you already purchased this game and can easily go back to your addiction. However, if there was something you didn’t like about the franchise, there isn’t anything in the Pre-Sequel that is going to win you over. From the very beginning on the game, it is increasingly evident that this game is for the fans. 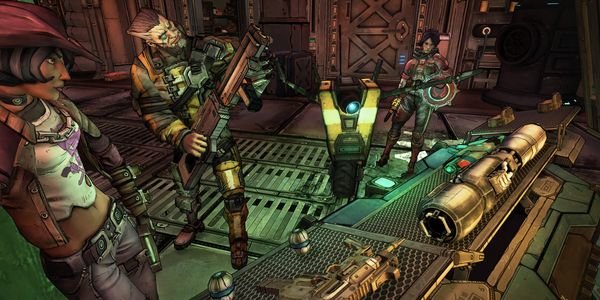 However, Borderlands: The Pre-Sequel is a much shorter adventure than either the first or second game offers. The main storyline in the Pre-Sequel is much shorter than you’re used to with fewer side quests to get lost in and shorter main story missions. With a franchise so predicated on delivering massive amounts of content, it seems out of place that the Pre-Sequel would offer so little by comparison. When all is said and done, you are looking at an experience that will take anywhere between 20-25 hours. That is certainly a solid offering when compared to other shooters and a fair offering when you look at other RPGs. There are also several different side missions to choose from outside of the main story, however, many of those missions have you doing a fair amount of backtracking in the process. There are even sections where there is no combat at all or it makes you do things that you’ve already done which is just boring. These side missions hurt the pacing of the game and make it feel slower and less interesting that it otherwise should feel. 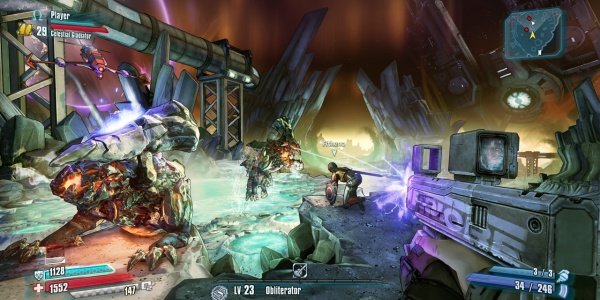 While much of Borderlands: The Pre-Sequel gives you a sense of déjà vu, there are a few new features that make the game more interesting. The slag weapons from Borderlands 2 have been removed from the game, for story purposes. Instead, we are introduced to cryo and laser weapons which are entirely new to the franchise. The laser weapons, in particular, are a welcome addition especially since there are several varieties of lasers including shotgun lasers, beams, pulse weapons and rail guns. Cryo weapons are not without their merits allowing you to freeze enemies for a short period of time. Both weapon types add some variety to how you approach certain situations, and it is certainly worth checking out.

The other, and probably more obvious, addition to Borderlands: The Pre-Sequel are the low gravity environments. Players can now cover incredible distances in a single jump the likes of which was not possible in previous entries. However, this new found freedom does not come without a cost. Players now have to find “Oz kits” or air canisters to ensure they can survive the harsh environments. In addition, players can now double jump using the pressurized canisters to give you a small boost while you are in mid-air. This will consume a small amount of air, but it is worth the investment to get to the next area of the map. This new mechanic also changes the way you can approach the game. You can now take to the skies during a firefight to gain the upper hand or use the double jump to cross large gaps in the map. No matter how you decide to use the low-gravity to your advantage, it is safe to say that this feature will surely become a fan favorite. 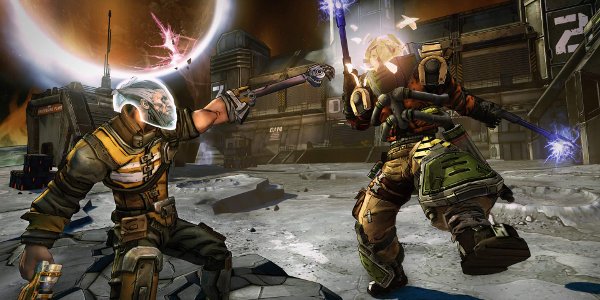 In addition to some of the gameplay tweaks and new content, there are several new characters each with their own unique skill that can help turn the tide of battle. First, is Athena the Gladiator, who has a shield and can absorb a certain amount of damage which gets thrown back to the enemy in front of her. Next is Wilhelm the Enforcer, who can summon two AI bots to help in a time of need. You may also choose Nisha the Gunslinger, who can automatically target enemies and earn her several boosts in the process. Finally, there is Claptrap the Fragtrap, who scans the area to determine what the best boost would be and executes it. These boosts can range from creating clones to battle on your behalf, shooting an entire clip of bullets in a single shot or several other scenarios. It is certainly an interesting way to approach the game, but with such a high level of uncertainty, it is hard to be able to count on a certain power appearing.

From a technical perspective, Borderlands: The Pre-Sequel is a mixed bag. The game presents itself very well, and if you’ve been a Borderlands game before, this will fit right in. However, it is very easy to get stuck in a tight spot in the game. More often than not, you’ll have to reset the game to get to a neutral area which isn’t fun for anyone. In addition, there is a fair amount of clipping in the game which will inevitably prevent you from finishing a quest or two. Non-Playable Characters tend to go places they shouldn’t and though it doesn’t always spell disaster, it happens more often then it should. NPCs also suffer from the occasional glitch which prevents you from turning in quests, so if the clipping bug doesn’t get you, there is a chance that the NPC just won’t talk to you. Thankfully, many of these bugs can be remedied by just restarting the game, but as mentioned earlier, it slows the game down which is rarely a good thing. 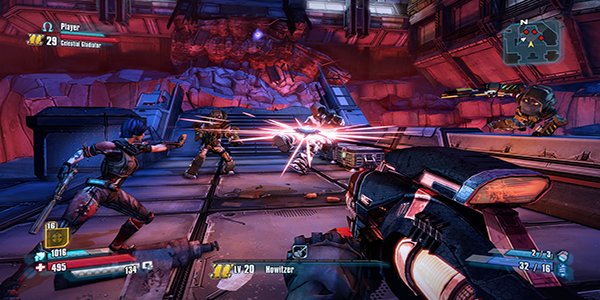 In the end, Borderlands: The Pre-Sequel is a good game with a few challenges to overcome. This game does get quite repetitive at times, and the story itself is very short. The game also has some pacing issues with making the side quests require large amounts of backtracking or force you into situations with little combat. However, the low gravity environments add a nice touch to an already solid combat system. In addition, there is plenty of new places to explore, new loot to collect and even the trademark Borderlands humor is present and accounted for. If you are a fan of the series or just looking for your next shooting adventure, this is a great game to check out and explore with.

This review is based on a review code of the PC version of Borderlands: The Pre-Sequel developed by 2K Australia and Gearbox, published by 2K Games

This One Goes Out to the Fans | Borderlands: The Pre-Sequel Review
Overall Score7
Positives
Negatives
2014-11-10
7Overall Score
Reader Rating: (0 Votes)
0.0