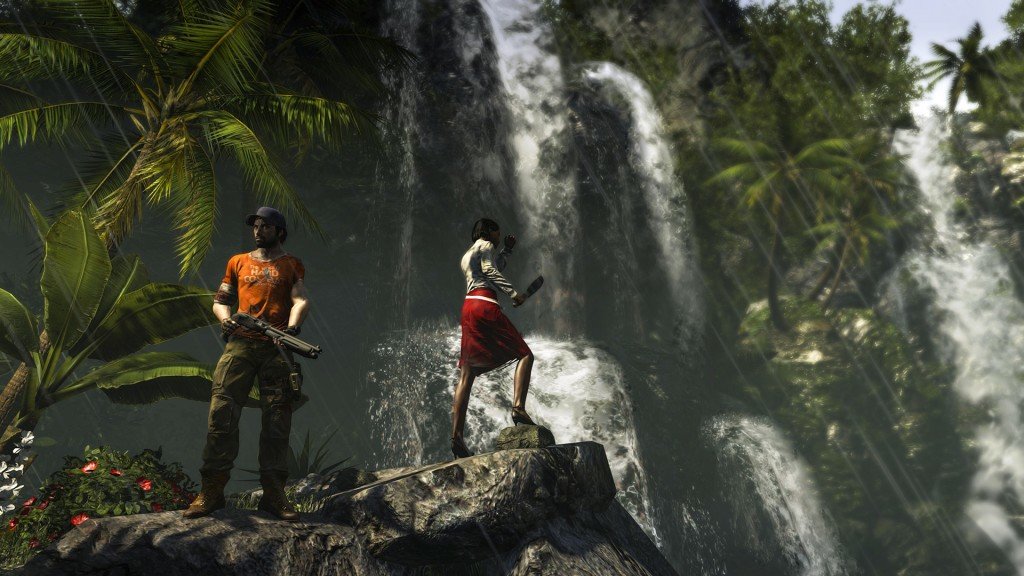 Superficially, Dead Island Riptide looks and plays much like its predecessor did. You are still on a beautiful, lush, tropical island filled to the brim with flesh-eating zombies. You still battle in a first-person perspective, and the RPG elements are still paramount to your success with the game. However, what Dead Island: Riptide lacks in game-changing upgrades, it makes up with taking constructive criticism to heart. If you played Dead Island before, you’ll notice all the subtle, yet effective, modifications to the gameplay that makes this game superior to the last. While there are some technical issues present that hold the game back from being perfect, there is still plenty of zombie-slaying fun to be had.

As mentioned earlier, the gameplay of Dead Island Riptide is very similar to the first game. There is still a heavy emphasis on first-person melee combat. This particular element turned a lot of people off to the game, and if you were hoping for a change in direction, this isn’t the game for you. However, if you pass on this title just because of the first-person elements, you’d be selling yourself short. Dead Island Riptide features plenty of satisfying, zombie-killing action that provides hours of entertainment. Hacking off a zombie’s arm or leg feels great and gives you just the right combination of fun, utility, and realism. The zombies in the game are relatively well-balanced, and you’ll rarely face a fight you can’t handle with the equipment you have. This is all directly related to the way the game allows the players and enemies to level up together. The player gets more powerful than the zombies do, but you’ll notice that it takes a while before you are taking out hordes of zombies by yourself. This system also applies to co-op gameplay. Players can utilize the drop-in / drop-out system at any time, making matching easier. What sets the system apart from other co-op experiences is the fact that enemies are scaled to the people attacking them. If you are a high level player and your friend is low level, the zombies you attack will be matched to you, while zombies attacking your friend will be scaled to him. Both the co-op system and the leveling system are seamless and work well to bring you a zombie game worth playing. 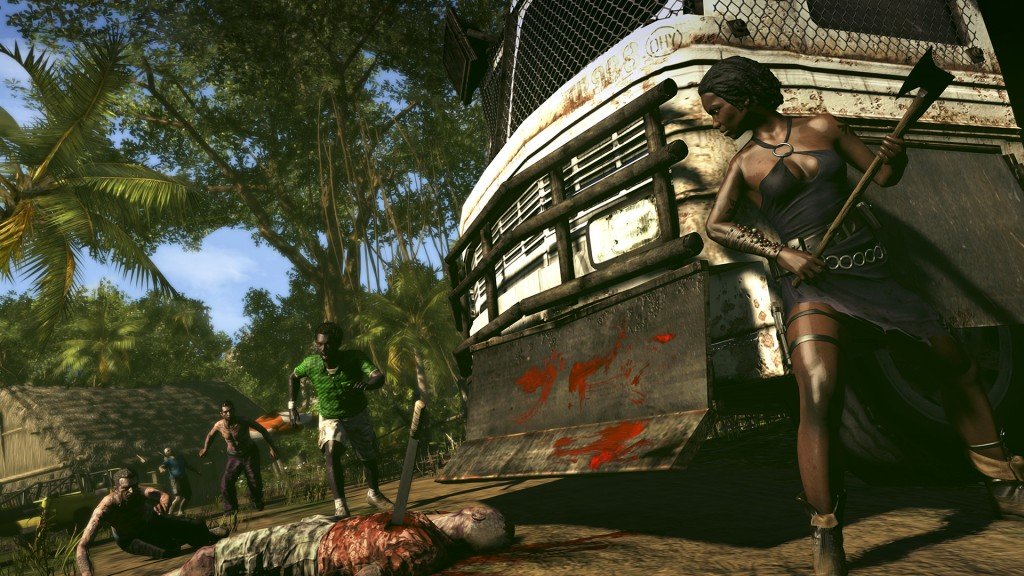 While there are some obvious similarities between Dead Island and Dead Island Riptide, Riptide offers a number of upgrades to keep the series fresh and new. Fans of the original game probably remember that Dead Island featured mostly fetch quests. This time around, you can engage in “defend the encampment” style quests that have you building defenses and manning turrets. This is a welcome change of pace, and though the fetch quests are still prevalent, there are more things to do, which is always a good thing. Riptide also added a new hand-to-hand specialist class that fits the game nicely. Since the game is mostly hand-to-hand combat and melee weapons, this new class is quite effective. A common complaint in the first game was the lack of firearms. This limitation was so prevalent that it made the “firearms expert” class obsolete for the first five hours of the game. Dead Island Riptide addresses this issue right off the bat by giving you access to firearms much earlier in the campaign. In fact, you’ll see a wide variety of weapons in the first hour of play, adding even greater variety to the game.

Unfortunately, there are a few issues we encountered that didn’t make the game unplayable, but certainly made themselves known. We found there to be an issue with the weapon system in the game. There were a number of times the inventory screen said we had a weapon, but we weren’t able to access it via trade or crafting tables. We also noticed that the zombies’ behavior was erratic. Sometimes they attacked normally, while other times they wouldn’t attack at all or run away from the fight. Sometimes the zombies would just pass through barricades completely. Finally, there were a few moments where the frame rate slowed down quite a bit. This was usually when the battles got intense or there were heavy weapons being used. Though these issues sound bad, they rarely got in the way of our enjoyment of the game.

Overall, Dead Island Riptide managed to take an already good game and make it even better. It took the great co-op, first-person melee combat from the original and added a new class, greater mission variety, plus new weapons and skills. In the end you have a great game that takes the franchise to a new high. Sure, there are some technical issues that prevent the title from being a perfect game, but this should be no deterrent to picking up this game. If you’ve been looking for the next great game of the year, you may want to consider looking at Dead Island Riptide. We had a great time playing it and we are sure you will too.

This review is based on a review copy of Dead Island Riptide published by Deep Silver, developed by Techland