I’ll just say it was the exact opposite feeling I had watching Microsoft a couple of hours earlier. Sony needed to establish not only to the gamers, but to the general public, that this is going to be a gaming console first and foremost, and I think they accomplished that. 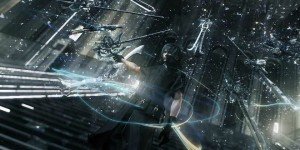 One of the many games that stuck out to me were Final Fantasy XV, which is such a departure from the normal Final Fantasy games that it really hit a chord with me. I know that it may not be the most popular opinion with FF faithful, but I think this amped-up entry in the series is what it really needs right now. It’s almost like Square Enix is making an Uncharted game. Sure! I would totally play that! 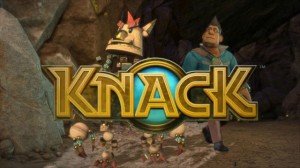 Knack is another title that has me really interested in the PS4. I’m always prone to games that might not have a specific audience, but are just trying to do something imaginative and fun, and Knack is very much that. The game is being developed by Mark Cerny (if you don’t know who he is, then odds are you have played at least one of the games he helped develop) and the team at SCE Japan.

I can’t remember the last time a conference just left me in awe from start to finish. Sony just seemed to have more of a variety and selection in the games they showcased during their press conference than Microsoft did, at least for the time being. Sony needed to come out running during the start of this console generation, and they did just that.

First off, wow! I hate when people declare winners and losers of E3, but if anyone “won E3″, it was definitely Sony. I think starting off with the Vita, I was a little upset there wasn’t a price drop announced, but that’s probably because I’m pretty cheap. I was glad to see Sony show off some more PS3 titles for the people that might not be early adopters. With the PS4 stuff, I’m glad they didn’t spend too much time on their entertainment features, and I was more or less expecting the same things on the PS3 to become available to the PS4. 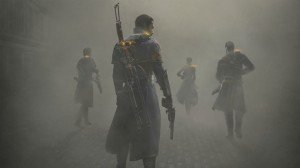 As far as Sony’s games, I dug inFamous: Second Son, and I’d love to see more of The Order 1866 and Mad Max (although I don’t know if this is exclusive). I thought it was great to not only show off the Triple A titles like Assassin’s Creed 4: Black Flag and Destiny, but to show off a good amount of indie titles on the big stage of E3 was really something great for the indie community.

I didn’t realize how big of a deal the DRM and used games issues were until people actually started chanting “Sony” when it was announced the PS4 wouldn’t need a constant connection and didn’t restrict used games. I honestly thought they would pass over those issues and showcase games. The $399 price announcement was great, because I was honestly expecting it to be $499, maybe $449. But a cool hundred bucks off? I’m definitely good with that. I think they should have shown off a PS4 exclusive to end the show, or maybe The Last Guardian, but I’ll be honest; at this point, if it wasn’t showcased at the show, I highly doubt the game is being worked on anymore.

All in all, I think Sony really knocked it out of the park with all their content and announcements to stick it to the man. They did almost everything right, and to be honest, that was one of my favorite conferences that I can remember watching in a long, long time.

While I don’t like to say there is a winner or loser in E3, I do have to say that I was impressed with Sony’s conference. They did a great job at showing us what the PS4 can do as well as telling us what we needed to hear. I think it is time to address the 700 pound gorilla in the corner; always-online and DRM issues. I was happy to hear that Sony was dedicated to keeping games away from falling into a DRM pit. Sure, we need to make sure that people are not pirating the game, but we also need to make sure that when you buy a game, you can play it on your own terms. I was also happy to hear about the always online situation becoming a non-issue. It isn’t that I personally can’t have a system always online, it is for the tons of people including soldiers overseas that don’t have access to a reliable internet connection. I don’t see the point and I’m glad this platform is open and restriction-free.

I expected Sony to announce the price of the PS4 at E3, but I wasn’t expecting the system to be priced so low. A $400 price tag seems high, but it is quite cheap compared to its counterpart, and even when you look back at history, this is one of the more affordable systems. It looks great and it is available for a great price. I have to say this is a great system all around and it should server gamers well as we move into the next generation of gaming.

All in all, I think Sony did a great job. They listened to gamers, and in turn, gamers showered Sony with praise. Even some of Sony’s toughest critics came forward and acknowledged that Sony did the right thing by the gamer. I always had a soft spot for PlayStation ever since my first PlayStation console and I’m glad that the PlayStation brand has something to be proud of moving forward.