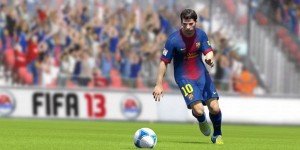 Soccer remains the most popular sport in the world and it doesn’t seem far off in the realm of video games. EA just confirmed that the FIFA 13 demo has been downloaded nearly 2 million times. If you want to be specific, 1.99 million people in 73 countries downloaded the game in three days across all three platforms (PS3, Xbox 360, PC). This is a 29 percent increase compared to the first three days after the FIFA 12 demo last year. Two weeks from launch, fans around the world have pre-ordered over 875,000 copies of the game. Pretty impressive stats, congratulations EA.