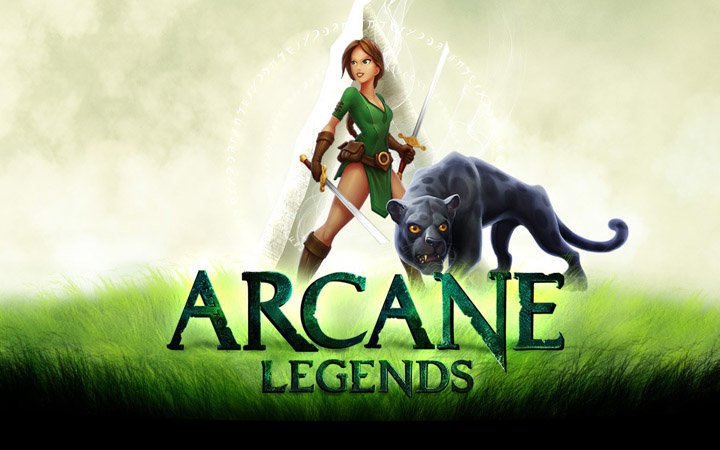 Spacetime Studio’s Arcane Legends is about as perfect a mobile adventure game as one could ask for. From it’s nostalgic animation to witty tongue-in-cheek humor, Arcane Legends provides a fun and exciting experience. Over the past several weeks that I have played, I’ve taken what should be a casual game and turned it into a quite serious addiction. Aiding my obsession has been Spacetime’s decision to allow users to play the same account on multiple platforms. I’ve been adventuring with my character, not only 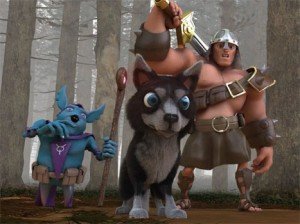 on my smart phone, but my friends’ phones, my fiance’s mother’s iPad, my laptop, and now my desktop. And in a way, by transitioning from playing Arcane Legends on a smart phone to now playing through the Chrome web browser, Spacetime has gotten me to prove what we’ve known for a while: mobile gaming is no longer just a casual experience.

Arcane Legends is MMO gaming distilled to it’s basic necessities. Having a single playable faction and only three playable classes, Arcane Legends is lacking in the depth that many hardcore MMOers may be used to; however, the sheer joy of tapping away at your screen to vanquish hordes of enemies makes up for the lack of plot and in-depth narratives. Whatever class you choose to play, be it a wizard, a warrior, or a rogue, you will find an impressive amount of skill and gear customization. That level of detail certainly surprised me; I’ve seen full-fledged MMOs with far less customization and stat tracking.

While Arcane Legends is free-to-play, it is definitely pay-to-win. Microtransactions within the game can be used to unlock some incredibly powerful weapons and armor. Additionally, there are some built-in reward systems designed to keep players logging in. A great idea, until you realize that by paying a relatively small fee, one can circumvent the entire process. However, the ability to simply purchase such powerful upgrades would be a bigger issue if Arcane Legends was a true MMO. But it’s not. It is true that upon logging in you will notice hundreds of other players, but you don’t actually need them to progress through the game. I’ve 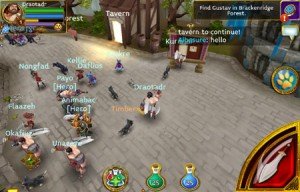 spent the bulk of my time in-game soloing and found that the other players are really only there for dueling. To be perfectly honest, the player-versus-player dynamic is where I’ve had the most fun.

Arcane Legends strikes an excellent balance between an adventure game and a legitimate MMO. As is the case with every well designed mobile game, players can achieve a tremendous amount in a very brief period of time. While playing without being plugged in will be fairly taxing on your battery, it will certainly be worth it. And if warriors, rogues, and wizards don’t do it for you, check out Spacetime’s other titles; from vampires to space adventures, they have several different themes in their mobile MMO lineup.