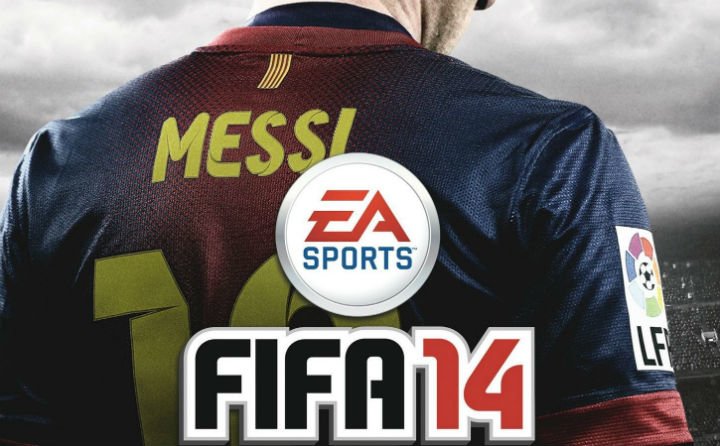 The time of year has come for soccer, or better yet; football, fans around the world to get their hands on the next major iteration of EA Sports FIFA video game. The rosters have been updated, the rookies have been inserted, and we are ready to get playing. While most FIFA diehards may not notice many changes, the real difference is in the subtleties of the game. Things like dribbling and shooting were improved with the introduction of a new physics engine called “Ignite” that brings you closer to the game than ever before. While you aren’t going to marvel at how completely different the game looks or feels, it is going to deliver a great soccer sim that will keep you entertained for hours. When you consider that you can play with more than 600 clubs comprising of over 16,000 players, FIFA 14 is an impressive game.

From a visual standpoint, FIFA 14 has been given a number of improvements that make the game look more fluid and realistic over last year’s edition. Many of the animations have been updated and a new physics engine has been implemented, entitled the Ignite Engine, that makes playing the game more fluid and more visually interesting. For example, many of the offensive movements have been updated making them more precise to control which allows players to plant, pivot, cut and change momentum easily and realistically while looking more realistic. Animations and visuals are also improved on the defensive side of the ball. Defending, tackling and protecting the ball have all been updated with new visuals and they look great in the game. Visually, FIFA 14 is an impressive looking game and fans should appreciate the changes made over last year’s edition.

Many changes found their way to the control scheme, which was one of the larger issues from last year. Most players probably remember having to hold the L2 button to perform skill moves. Now, all the skill moves have been mapped to the right thumbstick which makes them much easier to perform. This new control mechanic frees up the L2 button which is now used to enable players to defend against other opponents, which is a much welcomed addition. Players can now hold R2 and use the right stick to enable the fine dribbling skills when you have possession of the ball. This allows you to precisely control your dribble and it makes it easier to avoid traps. Finally, you can now push and pull your opponent by holding the circle button. This will give you a slight advantage on the run but be careful not to draw a yellow card when using this mechanic. Overall, the controls are mostly the same as last year, but there were a few changes that made the game much easier to control and more intuitive for newcomers. 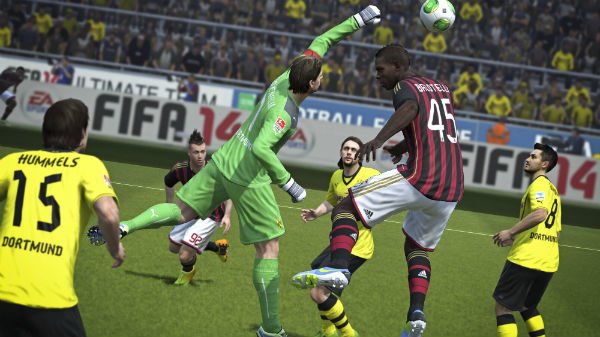 While this may not be a major selling point to the game, it is certainly worth noting that FIFA 14 has added a number of mini-games that can be played while your game is being loaded. These games focus on the individual skills you’ll need to master the game. Some skills like passing, shooting, dribbling and accuracy will put to the test while you wait. While the first few levels are easy, the skill challenges get very difficult, very quickly. Even veteran players will have a difficult time taking on the gold level challenges.

FIFA Ultimate Team is back and better than ever with a new visual style that is sure to impress soccer fans everywhere. This year, FIFA 14 includes a new mechanic called “Chemistry Styles” that is designed to make every team unique, even if it features many of the same players. By pairing players by nationality or club, you can influence how well your players will perform. New items are also available which can improve chemistry, and inadvertently, improve performance. While this aspect of the Ultimate Team mode is interesting, it seems to limit your team’s performance and variety from the beginning. While you may not want to play certain players at certain positions, you may have to insert them to get more out of your team as a whole because they are the right nationality or play for the right team in real life. Now it isn’t just about having the best players, it is more about having the best players with their best counterparts. 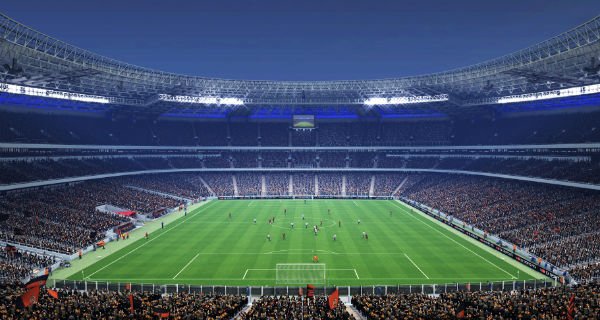 Finally, this year’s edition of FIFA comes with the connected experiences option. This option allows you to play the game now and transfer your roster, progress, in-game items, and in-game currency to the next generation of consoles. This is a great option because it allows you to continue your current generation game on the next generation without any loss of data. This also includes all your achievements, trophies, leaderboards, professional accomplishments and career mode rewards. This option gives you the flexibility to play this game on the console that you want to play it on whether it be new or old. Anything that gives you more options is always a good thing so connected careers is a welcome addition.

Overall, FIFA 14 is a great soccer simulation game. It took some of the things that people didn’t like from the old game, and updated them to accommodate new audiences while making it easier to play and delivering new options to expand the experience. Granted, this game is not a major departure from what the series has done in the past, but there are several major improvements that make this a better game than it was last year. Things like a new physics engine, new control tweaks and visual improvements are all noticeably upgraded and should be enough of a reason to go out and get the new game. Whether you are new to FIFA or you’ve been playing for years, this game is going to impress you and prove that FIFA is here to stay for a long time to come and for that we give this title our highest recommendation for all gamers.

Rating:
9.0
Strengths
+New Physics Engine
+Updated Controls
Faults
-Questionable Chemistry
What would you say?
Average: 0 (0 votes)
Your vote has been submitted
Did you like this? Share it: