Born from the minds behind Banjo-Kazooie, arguably one of the best 3D platformers of all time, Yooka-Laylee takes clear inspiration from its predecessor and provides an entertaining trip down memory lane. The sheer variety of interesting puzzles and witty writing are some of the highlights in this spiritual successor, however, the horrible camera and floaty controls hinder Yooka-Laylee from living up to the 3D platformers of old. 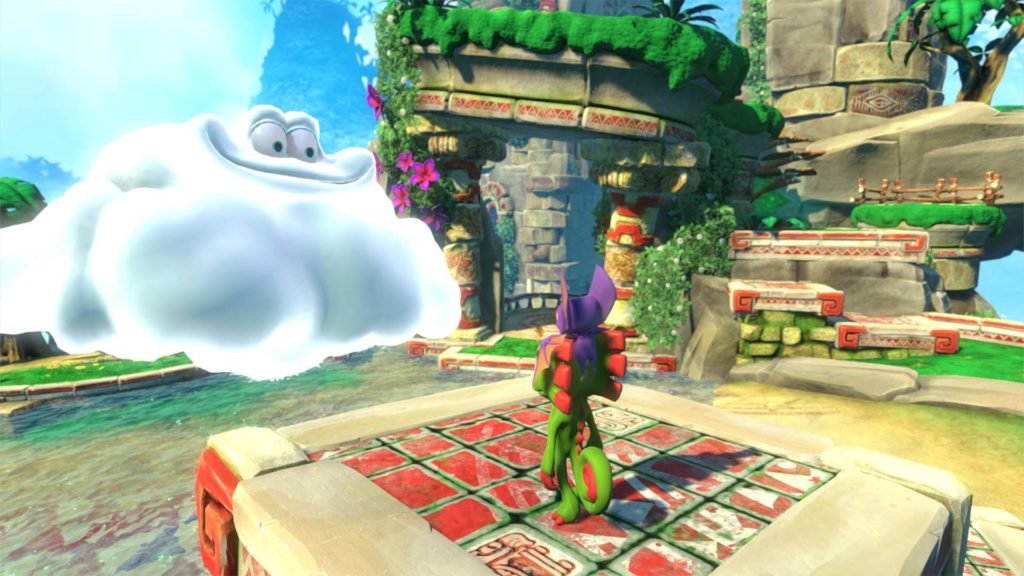 Yooka-Laylee begins as the evil corporate overlord Capital B decides to absorb all of the books in the world and turn them all into pure profit. The dynamic duo then takes it upon themselves to tour the halls of Hivory Towers to collect pagies, explore each of the 5 grand tomes and restore order to the land.

Just like the game that so clearly inspired it, Yooka-Laylee is no doubt a collect-athon. Puzzles and platforming challenges stand between you and your prize and you will have to search every nook and cranny of each of the levels to find the myriad collectibles. There are two main types of collectibles in Yooka-Laylee, pagies, which can be used to unlock new worlds or expand already discovered ones, are usually locked away behind a simple puzzles or platforming challenge and quills, which are used to unlock new abilities for Yooka and Laylee, are scattered everywhere throughout each of the levels. 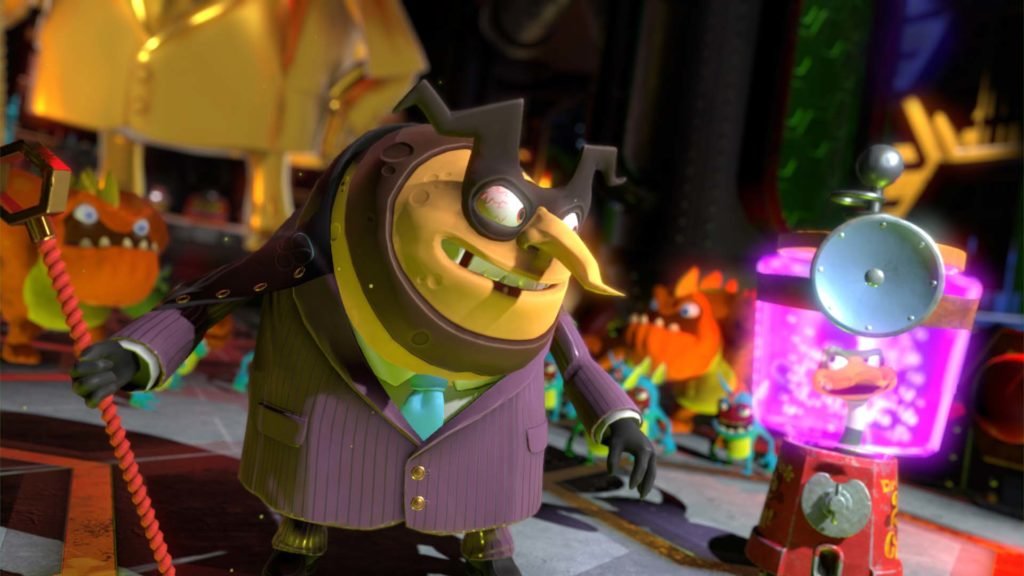 The game is broken down into one expansive hub world, which has both Yooka and Laylee’s home as well as the vast corridors of Hivory Towers, as well as 5 different, but not entirely original open worlds, each centering on a theme such as jungle, ice and even a casino. These worlds are where you will spend most of your time in Yooka-Laylee, searching for the huge amount of collectibles. Spending the pagies you have been collecting can also expand each of the 5 worlds. Despite this being a new twist on the familiar formula, before expanding these worlds there is often a lot of paths which lead to nowhere, often making the level feel unfinished and making the extra pagies that you have to spend to expand it feel like you are just finishing a half finished world instead of adding a new area.

The brilliance of being able to access practically all of the worlds from the get go allows for you to chop and change quickly between them and when you inevitably start to get frustrated or bogged down on a puzzle, coming back later with a fresh set of eyes was often a perfect way to get that pagie that kept slipping through my fingers. Yooka and Laylee are regularly able to unlock fresh new abilities by purchasing them from the crafty salesman Trowzer, these abilities are everything from higher jumps, using Laylee’s batwings to glide or even allowing Yooka to fire projectiles. The variety of the abilities you can learn, really allows for some diversity in the puzzles and with each new ability that Yooka and Laylee learn there are a handful of new puzzles that finally become clear to you scattered throughout each of the worlds, and heading back to complete each of them, later on, makes for a very satisfying feeling. 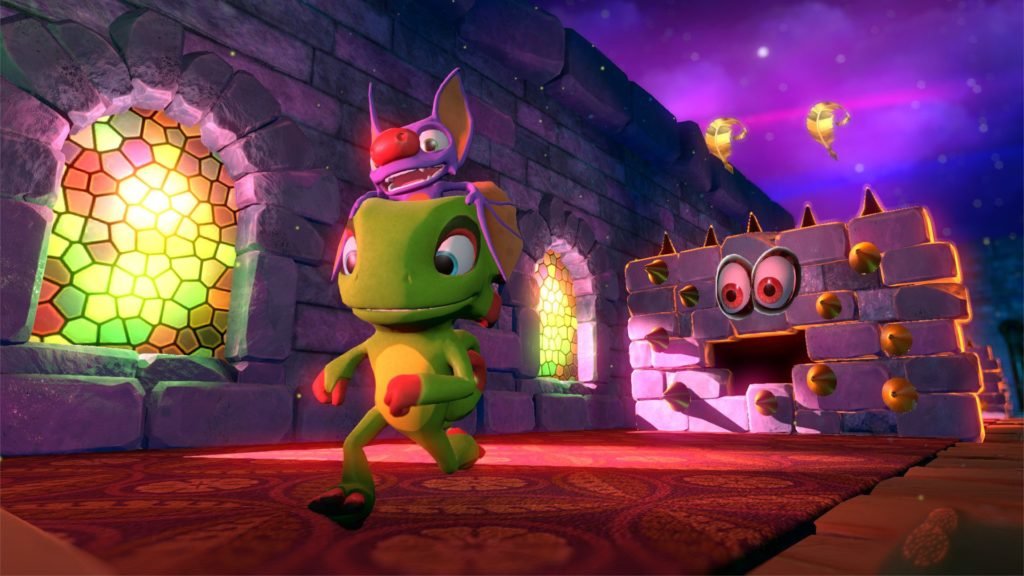 It is not only the smart level design and puzzles that Yooka-Laylee is clearly inspired by; this title also brings with it the funny and witty writing of Banjo-Kazooie, everything from jokes about the games kickstarted beginnings to some that are even a bit to raunchy to mention, the huge cast of side characters were always coming out with things that made me genuinely laugh out loud. A small let down of the many entertaining conversions there is to be had throughout the world, is the voices of some of the characters, due to the writing not being voice acted, the characters just make noise, which can also be found in Banjo-Kazooie, however some characters, especially Yooka and Capital B came out with some terribly annoying noises, each of these had me skipping through some of their dialogue just so I didn’t have to sit through it over and over again.

The biggest let down of Yooka-Laylee would have to be its camera, with the controls already being quite floaty, platformers usually require deliberate and precise movements in order to get to where you were going, so the floaty controls is not helped when the camera suddenly locks in position, disallowing me from seeing very far in front of Yooka and Laylee. The camera can also just get stuck in terrible positions or even flick around in the opposite direction changing what direction you thought you were moving. These two let downs often forced me to fail the platforming puzzle I was tackling, and with such a focus on huge structures in some of the levels, I would have to climb all the way back up just to get back to where I was. 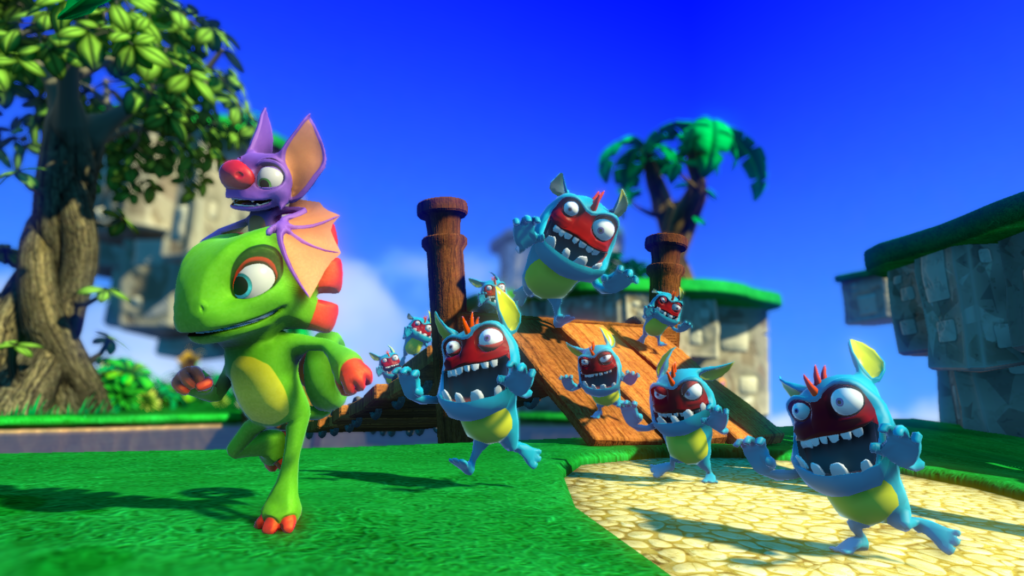 If you came into Yooka-Laylee looking for a retread of some of your favorite old school 3D platformers, you are in luck. The platforming, abilities and witty dialogue is all here, and despite the game ultimately being let down by a dodgy camera and some floaty controls the sheer amount of collectibles to find and puzzles to solve will keep you entertained for many hours to come.