I spent a fair amount of time playing the Destiny beta and there were many highlights to my experience, but there were also countless questions raised that makes me weary of the game that has everyone counting down the days until September. I broke down the basics of Destiny in my Alpha preview so if you somehow know nothing about Destiny, then click here for all your intro needs. I assume everyone already knows everything there is to know about Destiny, and that’s why I’ll focus on what excites me, and also what worries me.

The gameplay is still incredibly smooth and I have no complaints with how the game feels. The characters move well and the guns shoot well. You can really feel the stat difference in the weapons. A gun with more power isn’t always the best if it has bad recoil so half your bullets are missing the target. Having the guns feel different is important to fit each gamer’s own preferences. If the guns simply scaled up in power than everyone would use the same gun. But the subtle nuances make all the difference. It isn’t hard to imagine how much time will be spent comparing two guns back and forth over the smallest of stat difference. 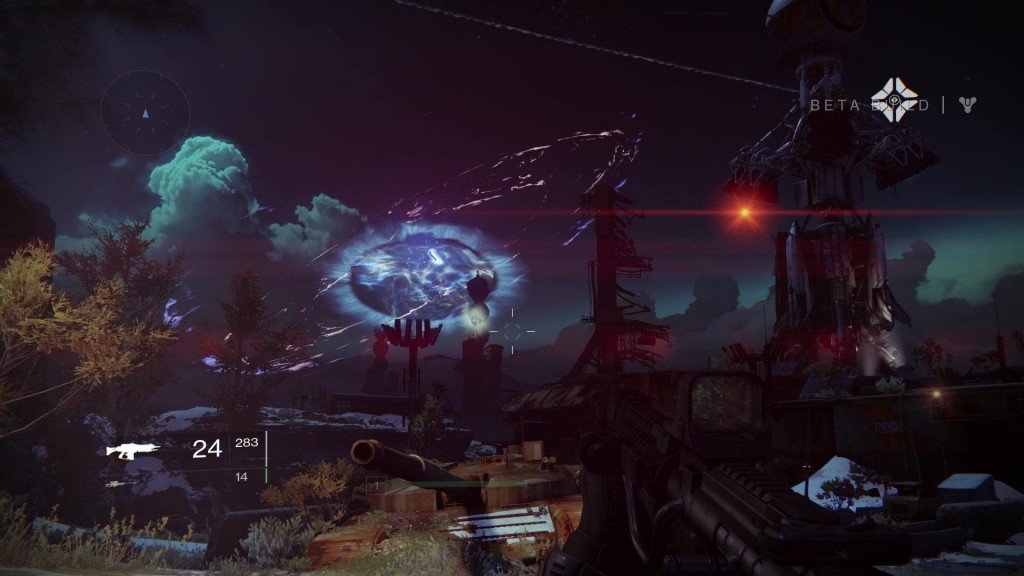 The best part of Destiny, and what I probably enjoy more than anything else, is the random grouping of strangers. I lost count how many times I was in a battle, someone jumped in, fought for a minute, and then took off to continue their own story. I was in one area farming for a quest and noticed two other people also fighting in that same area. Without saying any words to each other we slowly formed a group. There was something so natural about a group of people working together. You didn’t go out of your way, you didn’t need communication, and it didn’t affect anyone’s game. They couldn’t steal my ammo, quest items, or loot. Everyone was friendly and without a word we would go our separate ways when our own tasks were complete.

That random comradery is why Destiny is so appealing to me. I like the gunplay, the universe, and overall concept.  But none of that is really new, and I can get my fix for a shooter in any of the dozen of FPS’ I own. Destiny’s originality and appeal comes from how informal the party grouping is. You don’t need to chat and join up in a party before working together. It is all informal, quick, and wordless. The Strike missions do force you to join a party and work more intimately together, but that interesting aspect of Destiny is running into dozens of different people while I’m on one mission.

That’s what I mainly like about Destiny, but the beta has given me a lot more concerns than I originally had with the game. I’ve had one fear about Destiny since it was announced but everyone told me I was crazy. I was afraid Destiny wouldn’t be BIG enough. If we are being sold a universe with MMO elements, than the game better be huge. The beta uncovered some information stating how that isn’t quite the case.

When I played the Alpha I ran through it in maybe two hours at most. I did everything I wanted to do, but then continued to mess around since the alpha wouldn’t be open for long. I told myself that this was just the alpha and the real game would be much larger. I ran through the beta in about the same amount of time. It didn’t just feel short, it felt incredibly short. I figured that it was just the beta, and the real game would be much larger. I even complained to a friend, “What if this is all of Earth?” He laughed saying, “This is just Russia. Earth will be huge.” Well, it won’t be.

According to a twitch stream where Deej – the Bungie Community Manager – was answering questions we discovered the world of Destiny was a lot smaller than we originally thought (worth watching and reading through the forums, but since this is about the beta only I won’t go off topic). It is also worth checking out what we can expect at launch for Destiny. Based off this information, we are looking at a game far shorter than what many people originally believed. That list of missions doesn’t seem big at all and I played through all of Earth in a couple of hours. I’m worried this game won’t entertain me for long. I did run into areas that were blocked off so I can assume there will be a couple more areas to explore, but I believe we saw a majority of Earth in the beta. There may be more main missions, strike missions, and then many more side missions, but that won’t be enough. Selling a game like Destiny requires a huge world, and that isn’t the feeling I got from the alpha or beta.

There will be endless side quest missions and loot to explore, but that won’t do it for me. Those quests already felt like padding from the very first one I did. Run here, collect this, fly there, shoot that, jump here, pick up that. Those are missions that you do in between the main missions, but Destiny doesn’t do that really. You can only take on one side mission at a time, and that is a big negative for me. The way it should work is you can select dozens at a time. Then throughout the game you will complete the missions and turn them in. Destiny makes you pick one mission and complete that one mission. This causes you to trek around back and forth through the same areas. Yes it will extend the gameplay, but the side missions were already boring me in the beta, so I can’t imagine how quickly they will bore me in the main game. There are bounties that involve killing a large number of enemies, but those aren’t exactly addicting bounties. For completionists they might be, but I certainly won’t be going out into the world to kill a 1000 enemies in one go. They’re good to have,  but I don’t credit them as anything that will draw more attention to the game. 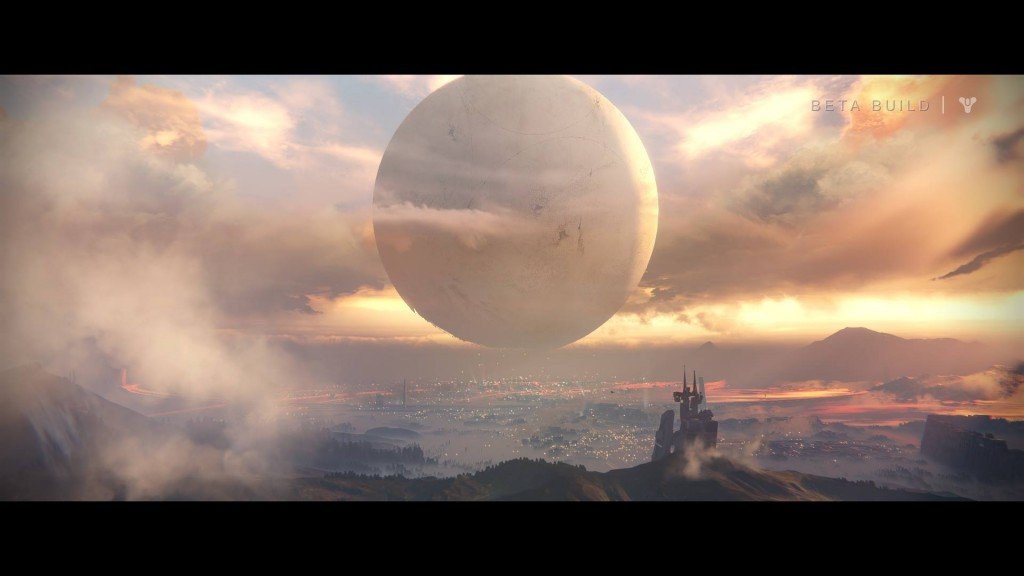 I experienced the Crucible some more and I still managed to get myself completely embarrassed in every match. I think the Crucible is extremely fun (even though I suck) and it isn’t hard to see a majority of people will purchase Destiny for the Crucible alone. Having your weapons from the story mode carry over is a nice touch, and winning matches will also have benefits for your story mode. Keeping those two modes intertwined and not separate means you can go back and forth with ease. The only problem with the Crucible is how often people get their supers and heavy ammo. Nine out of ten deaths were caused by someone with their special power. You get your power so much that there is almost always someone on the other team that has theirs, and whoever has their special will almost always win the firefight. Fighting over heavy ammo is a little more fair, but when one team gets it they can really hoard it. If you go up against anyone with heavy ammo or their super you will most likely lose—if you’re as bad as me I guess I should say.

Destiny looks like it will be an absolute blast of a game, but my only worry is that it won’t be big enough–as crazy as that sounds. The level caps at 20, but there are ways to go beyond that. I still don’t think it will be enough, but I could be completely wrong. The side missions all feel tacked on to breathe further life into each area that you need to explore. The main story missions are entertaining based off the beta and I am looking forward to seeing more of those. I didn’t experience the Raids first hand, but I am excited for them and they could add on plenty of more hours. Destiny is being sold as if it will last years and years, but based off the beta and alpha, I don’t think it will last even a couple. There are plenty of places to explore, and side missions to complete, but that isn’t going to be enough to keep me around. Unless there are endless DLCs, which is also likely, but if that is the case I wouldn’t credit the original game as being large, only the added on content. After the beta and more information were released, I’m a little more skeptical. I’m generally cynical though, so we’ll have to see when it lands in September.