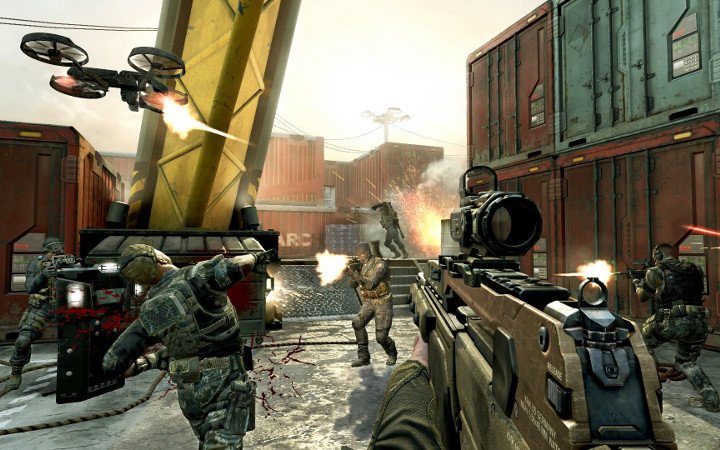 2001’s release of Halo: Combat Evolved truly lived up to its name. Bungie’s new FPS set the precedent for all modern shooters that would follow. Over the past 11 years, many games, including Call of Duty, have borrowed from Halo. There are two features that I think would be perfect for CoD, maybe even more so than Halo, and that I believe need to be in a future CoD game. Unfortunately, since we have gone this long without these additions, I don’t think they will ever see the light of day.

1. The Ability to Mute Everyone Online That is Not in Your Party: Halo: Reach introduced this feature in 2010. All you had to do was change one option in your settings and this feature would be enabled. Of course, you could always switch back if you would like.

I don’t know about you, but when I’m gaming online with friends, I don’t want to hear what everyone is saying. I would rather hear everything going on in the game than suffer listening to kids too young for M-rated games and people old enough to know what morals are spit out horrifically dehumanizing things that make me lose faith in humanity. Also, I’m tired of having to individually mute players between matches in CoD. It takes up an unnecessary amount of time, and sometimes I can’t get everyone muted in time and have to do it in game.

2. Taking Four Player Split Screen Online: I have been clamoring for more games to give gamers this ability since Halo 2 came out. There is nothing better than playing games with friends, and that experience gets so much better when you’re all together in person. Until Black Ops, CoD wouldn’t let you take any of your buddies online with you, let alone three. Since then, CoD fans have been bringing one friend along for the ride, but I still crave more. When me and my best friends get together, we always end up playing CoD. Eventually, we grow tired as the same person wins round after round, back-stabbing and head-shotting the rest of us. We’d have a lot more fun having him on our team, taking on total strangers.