Enough of my chit-chat: here’s what you may missed:

With the recent reveal of the Xbox One and how Microsoft is marketing their new console as the all-in-one device for your living room, Stephen Totilo (along with researcher Andras Neltz) venture back in time to see just how “the big three” marketed their consoles. It’s really interesting to see the progression each console maker had as time went on and how their strategy shifted and changed along the way. One of the things that stuck out to me in the article was how Sony was marketing the PS3 as “the most powerful console incorporating the most advanced cell processor with super computer like power.” but not talking about anything else. On the flipside, the PS4’s last bit on their press release states that along with the PS4 being their newest console, they were “alongside the video game industry’s brightest and most creative minds at PlayStation®Meeting 2013.” Quite the change in tone from one generation to the next, but it’s one that was desperately needed and could pay dividends in the long run. 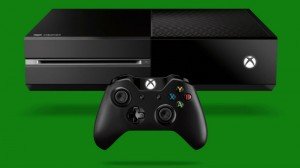 I guess it’s an Xbox One themed Week in Review, huh? Well, this article by Jason Schreier examines how Xbox One’s used game policy could potentially hurt Gamefly. While I’m not a fan of Gamefly, I do see the value in the service to those who aren’t able to buy every game they want. There has to be a way for gamers to buy games used, while also giving a cut to the publisher & distributor. I refuse to believe DRM or anything like that is going to solve anything; in fact, I think it makes matters even worse.

Here’s Something Interesting To Watch: