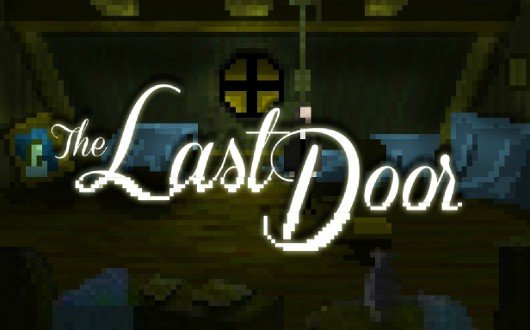 Kickstarter really is a wonderful initiative, and The Last Door is an ideal example as to why.

For the uninitiated, Kickstarter allows developers to go direct to the gamer in their search for the funds needed to make their gaming ideas a reality, removing the need for the bigwig publishers and their cold-hearted focus on making money. The devs outline the game they wish to make and how much they’ll need to make it happen, with gamers then being able to donate as much or as little as they wish. It really has allowed for some brilliantly kooky and creative projects to make it past the concept stage and into gamers’ hands, or web browsers in this instance. Once the steely fixation on money-making has been removed (a lot of Kickstarter games are labours of love, with financial reward not featuring too highly on the list of priorities), it’s amazing to see what brilliance can be achieved.

The Last Door encapsulates all of the above perfectly. Coming from a tiny, Spanish studio called The Game Kitchen, TLD is an old-school, 8-bit, point ‘n’ click adventure game. All the classic tropes of the genre are present and correct, including item-combining puzzles, a cursor being used to direct the character on screen, and a focus on narrative and dark humour. 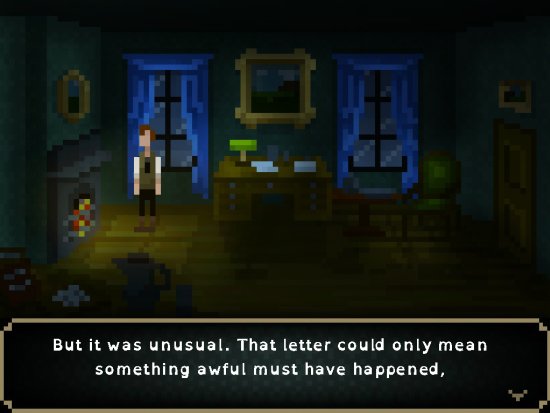 But in an intriguing departure from the norm, TLD is also a horror game, and it can be pretty grim at times. Set in England in 1891, the story sees our protagonist Devitt receive a letter, which contains nothing but the phrase “videte ne quis sciat”, from an old friend who goes by the name of Anthony Beechwood. Recognizing the phrase from their school days together, Devitt instantly knows that his old friend is in trouble, and so heads off to Anthony’s mansion to discover what has been going on. What awaits him there is an abandoned home dripping in mystery and intrigue, as well as plenty of blood. A lot has clearly been going on under that roof, and it’s up to Devitt and the player to uncover the truth. Whilst arguably derivative in places, the story told is fascinating and features some genuinely disturbing moments, none more so than the sobering opening scene which is incredibly effective at grabbing the player’s attention with a grip that isn’t loosened until the game’s closing credits.

Horror and point ‘n’ click games aren’t obvious candidates for the perfect marriage; however, it works impressively well here, and I have no shame in admitting that I jumped with shock a couple of times during my playthrough. That may be even more surprising when viewing screenshots of the game, and whilst it does admittedly look like it would be more at home on the NES, the aesthetics work wonderfully and help to lend the experience a distinctive and memorable look. And given that the game loves to mess with you, the stripped-back visuals allow for your mind to fill in the blanks and extra detail, thus creating an experience that really gets inside your head. 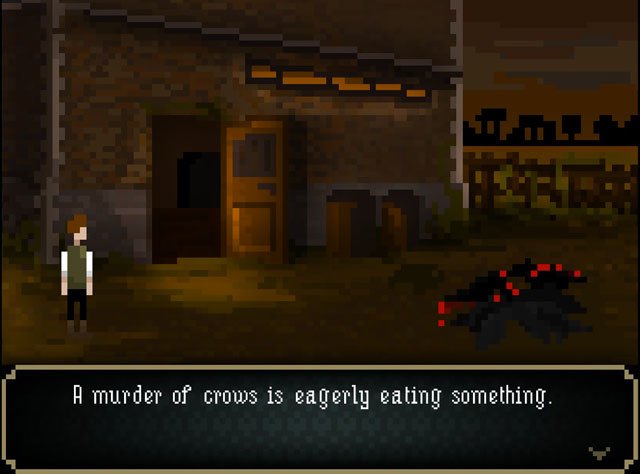 Special mention must be given for TLD‘s simply stellar sound design. The background music, an original composition by Carlos Viola, really ramps up the tension masterfully, whilst the fantastic sound effects belie the game’s humble beginnings. You’ll often enter a room and hear an unnerving ambient noise, which will leave your eyes, and cursor, darting about until you discover its source. As a whole, the game’s sound design effectively establishes an unsettling feeling that makes you question what awaits around the next corner. To create such atmosphere with so little really is a feat to be savoured.

Puzzles and exploration make up the meat of TLD‘s gameplay. Refreshingly for the genre, the conundrums that feature in the game have been set at a welcoming, yet challenging level in terms of difficulty. A frustratingly common issue with classic adventure games is the impenetrability of their puzzles, discarding logic in favour of lunacy and leaving the gamer to tear their hair out. But this isn’t the case with TLD; the puzzles all make sense and your inventory is never allowed to get overly bloated, reducing the chances of you hitting a wall of confusion and not knowing how to overcome it. All of this means that the player gets more time to enjoy TLD‘s main attractions: the engrossing narrative and delving ever deeper into the mansion’s secrets. 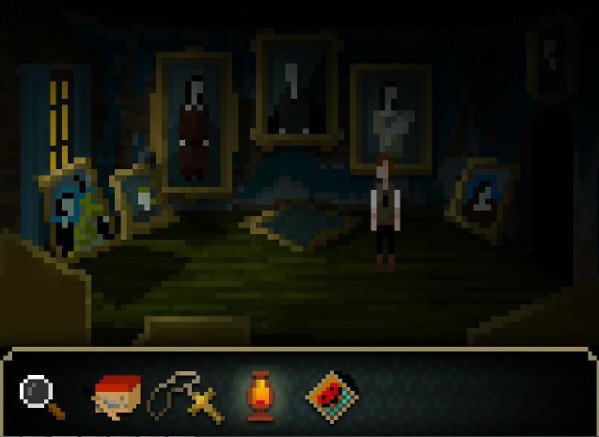 Thankfully, TLD also features a very accessible user-interface. Some may worry that the abstract graphics might make picking certain details out near-impossible when looking for an item to solve a puzzle; however, the cursor changes into a magnifying glass when you hover over something of interest, and a hand indicates something that can be interacted with. This excellent UI creates a friendly system and expertly dodges what could have been a real stumbling block for such an aesthetically old-school game.

It should be noted that this is just the first chapter of at least three (reviews of subsequent chapters will follow), with potentially more to come. So rather than providing a complete story arc, this opening chapter serves to set up many of the mysteries that will unfold as the tale develops, the biggest of those being exactly what happened to Anthony to trigger his demise. Unfortunately though, this first chapter is extremely short. It took me about an hour to see everything, but it could easily be completed in less. Bear in mind, though, that this first chapter is available for free (as will each subsequent chapter eventually be, once a period of exclusivity for anyone who donated to the development of the game expires), so it remains to be seen whether the other chapters will offer a bit more gameplay to sink your teeth into. 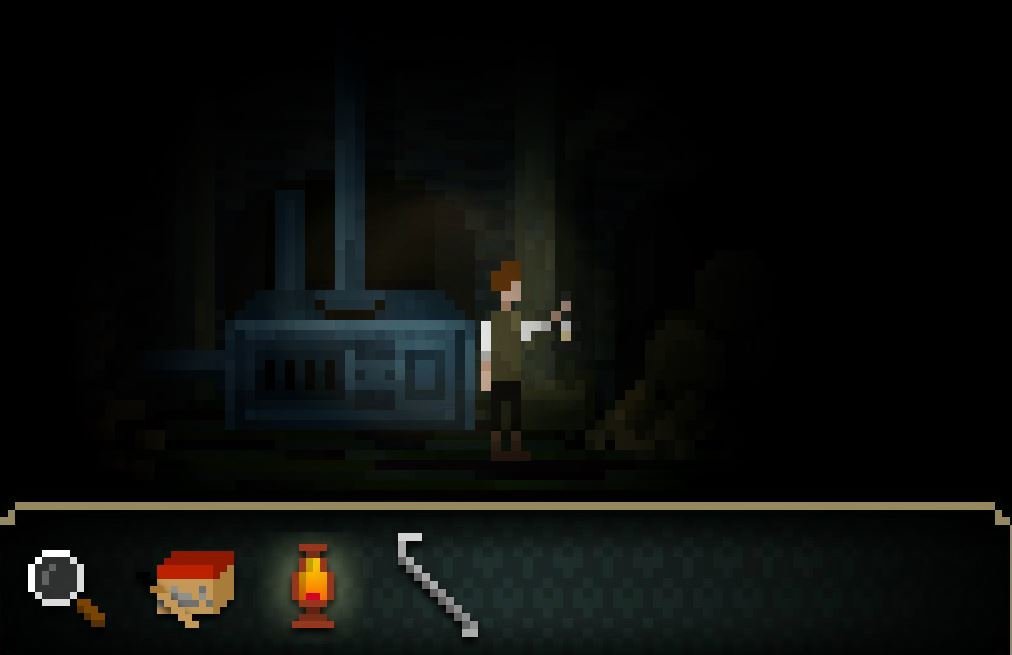 When it comes down to it, the ultimate aim of the opening chapter of anything, be it a book or game, should be to set the story up and leave you wanting more. And on those terms, The Last Door – Chapter 1: The Letter is a resounding success. Not only that, but it’s an excellent example of what makes the point ‘n’ click genre so popular with a certain group of gamers, and shows why it has withstood the barrages of time so well. It may be short, but it sure is sweet.

With The Last Door, The Game Kitchen have dished up a deliciously unnerving treat that will leave you craving a second helping.

This review is based upon a review copy of the PC version of The Last Door – Chapter 1: The Letter, available to play at http://www.thelastdoor.com. A Kickstarter-funded project developed by The Game Kitchen.

Rating:
9.0
Strengths
+Gripping narrative
+Tense atmosphere
Faults
-Short-lived
What would you say?
Average: 0 (0 votes)
Your vote has been submitted
Did you like this? Share it: