Like it or not, zombies have made their mark on society at large. Some are done well, some are not, but no matter the presentation, they have made for some interesting games. One of those franchises is the Dead Island franchise and while it may never win a “best story” award or have the tightest gameplay mechanics around, it is hard to deny that they have a strong and dedicated fan base. The franchise has spread its wings a bit with the recent release of the MOBA, Dead Island Epidemic, however, this is the first spin off that is widely available on the platforms that made Dead Island famous to begin with.

Escape Dead Island follows the story of Cliff and his friends. They stole Cliff’s Dad’s boat and they decide to take to the sea to investigate the rumors of Banoi Island, the site of the original zombie outbreak. Instead, they end up at Napapela, which is in the same island chain but it is affected by the same outbreak as Banoi. The rest of the game is dedicated to what you find of the island and it gives you some limited insight to the infection going around. However, the story is made up of a series of flashbacks where each sequence ends with Cliff waking up from a sleep of some sort. In the end, it leaves you questioning whatever you learned from your previous adventure and you never really know what’s real and what’s fake. There is a New Game+ mode which answers some questions, but in the end it is rather confusing which is not what you want to feel when you finish a game.

The strongest part of the game is its presentation. The game is played from a 3rd person perspective rather than the first person perspective fans are used to. In addition, the game departs from the realistic look the series embraced before and moves to a cell shaded look. It also embraces a graphic novel approach to the story complete with onomatopoeia during battle sequences. While the game looks okay on the console, it begs the question as to whether or not this may have been better presented as a graphic novel rather than a fully fleshed out video game. 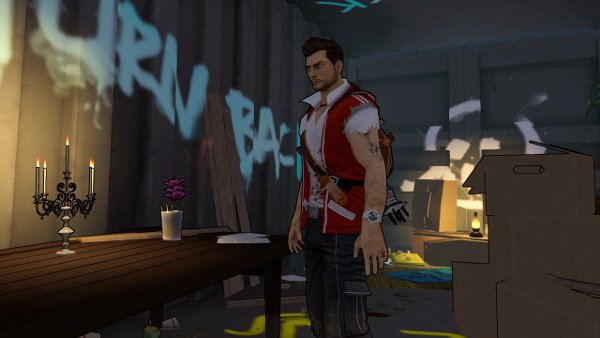 However, things start to go sour once you start getting into the game. Escape Dead Island is marketed as a stealth game, but there just aren’t good enough mechanics to support that claim. When faced with the ton of zombies you’ll come across, you will have one of two options. You can either sneak up behind them and finish them off or run away. A real stealth game would have special abilities or at least way to draw a crowd of zombies away from you. Instead, the game boils down to a kill and run away game. There is also a lack in consistency even with these two options. Sometimes you can chain kill after kill and sometimes you can’t. Sometimes you can run away from a mob and sometimes you can’t. There is no way to know how to maximize your chances for surviving a given situation consistently. It always feels like a crap shoot and that goes against what makes a stealth game; a stealth game.

With the game not really succeeding by being a stealth game, you’d assume that this game is an action game. However, the game has made Cliff a very weak character and he dies very easily when faced with combat. This is unfortunate because many of the missions force Cliff into combat leaving you with a very frustrating experience. You need to get to a certain point to move the story along, you have very few combat skills and you are faced with a giant mob of zombies directly blocking your path. This situation happens a lot and it just feels out of place. You should be able to sneak past this mob, but there is nowhere else to go. Escape Dead Island goes against the stealth and the action grain in a bad way. We are left with a game that wants to be both stealth and action but gives you neither of the tools you need to succeed in either discipline. It is just a frustrating game that has a serious identity problem. 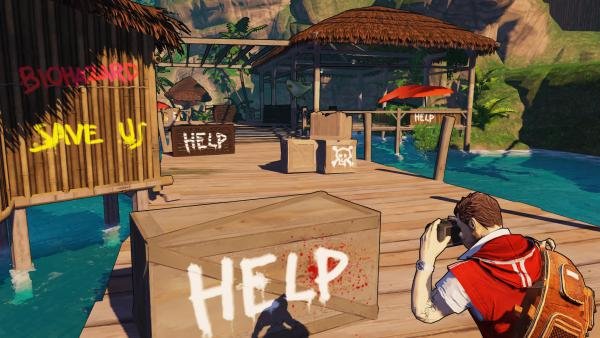 To make matters worse, there is a great deal of backtracking that you’ll have to get through to advance the story. It isn’t uncommon to go through the same areas four or five times throughout the campaign. This is one of the worst things a game can do and yet Escape Dead Island makes this a major part of the game. The end result is an endless, boring case of been-there, done-that which is nothing like what you want from a video game.

The game design in Escape Dead Island is clearly lazy at best. There are so many misplaced gameplay mechanics and they never add up to anything that makes this a good game. Things like automatically replenishing health when Cliff isn’t in combat, providing plenty of ammo on items that are very powerful and not giving zombies the ability to chase you past a small natural barrier take you out of the experience immediately and manages to remove any tension that either the story or the gameplay have built up. Again, most of these game design flaws stem from the mixing of genres, but the game is almost unplayable considering how much you have to deal with. 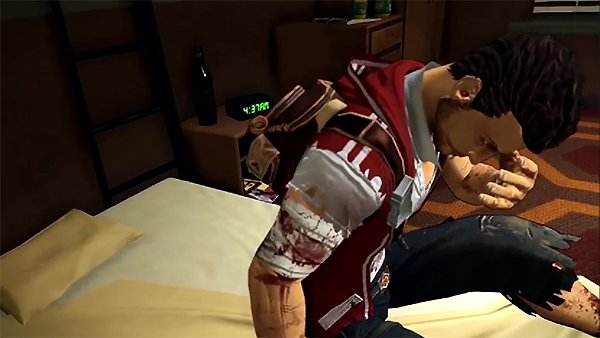 Finally, from a technical aspect, this game does not play very well on the consoles. The animation is fairly glitchy which gets both zombies and players stuck from time to time. The game does also slow down from time to time which doesn’t help the situation much either. While we didn’t experience anything that stopped the game dead in its tracks, there was a lot to watch out for and certainly enough to make sure you kept your game saved as often as possible to avoid losing too much data at once.

All in all, Escape Dead Island is a complete mess. The game can’t decide what genre of game it is and just mashes several gameplay mechanics together and hopes that it works out. You have a weak character with almost no combat skills like a stealth game and you have a constantly regenerating health and tons of enemies like an action game. While both of these mechanics are fine on their own, combining the two mechanics are just confusing and lead to several moments where you’ll have no idea how to approach the game. Combine this issue with technical issues and lazy game design and you have a game that should be avoided, even if you are a big Dead Island fan. For now, we suggest you stick to the main series and leave the spin-offs to someone else entirely.