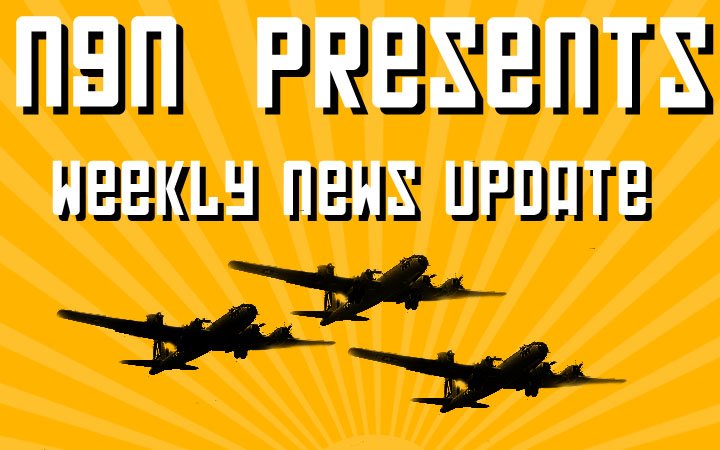 Greetings again everyone to the New Gamer Nation Weekly News Update. This week we have an update on the controversy surrounding the Mass Effect 3 ending, news on Max Payne 3′s and Grand Theft Auto V’s multiplayer, announcements and more. So hit the pause button, it’s time for the news.

Last week we covered the controversy surrounding Mass Effect 3′s ending. It seems that while an actual change to the ending might not be coming, BioWare co-founder Ray Muzyka confirmed on Bioware’s official site, an explanation is on it’s way.

“I believe passionately that games are an art form, and that the power of our medium flows from our audience, who are deeply involved in how the story unfolds, and who have the uncontested right to provide constructive criticism. At the same time, I also believe in and support the artistic choices made by the development team. The team and I have been thinking hard about how to best address the comments on ME3’s endings from players, while still maintaining the artistic integrity of the game.”

So it looks like some extra DLC is on it’s way. I just have to question now, was this the plan all along, or was Bioware satisfied with the end product until the internet grabbed their pitchforks and torches? Perhaps it might not even be the DLC, maybe it’s a separate title altogether. What do you think?

PSP Still Outselling The Vita in Japan
A few weeks ago we reported on some console sales numbers for the United States, well it appears we have come across some numbers in Japan. New Media Create sales charts covering March 12 through March 18th have been released and translated, which shows the Vita has sold 10,021 consoles, while the PSP sold 18,633. The Nintendo 3DS remains at the top of the list selling 64,017 consoles. Also to note, of the big three, the Playstation 3 is selling more consoles than the XBox and the Wii combined.

Some details have emerged regarding Rockstar Games’ next titles, Max Payne 3 and Grand Theft Auto 5, and they’re both connected. Max Payne 3 will make use of Rockstar’s Social Club, allowing players to create “Crews” for Max Payne 3′s multiplayer. Along with crews players can have feuds with other crews, which can lead into impromptu battles. Where does GTA V tie into this? Well, thanks to the Rockstar Social Club, the crews you make in Max Payne 3, will be available in GTA 5 from launch.

Shadows of the Damned Sequel?

In some news that might excite our fearless leader, and Editor in Chief, Pilot, Shadows of the Damned might get a sequel. Akira Yamaoka, most famous for scoring the Silent Hill series, was asked by Eurogamer if a sequel to the game, despite poor sales, was on it’s way, “I’m thinking of a sequel, actually,” Yamaoka replied. “I can’t tell you here, but clearly I’d like to.” When asked if Electronic Arts, who worked in partnership with Grasshopper on Shadows of the Damned, would be on board for the sequel, Yamaoka’s replied “Probably,” before conceding: “Well, yes.”

So, did you play Shadows of the Damned? If you liked it, let’s all rally behind it and give this a sequel.

It never ends. Last year video games had just won a decision in the supreme court protecting them as free speech, then SOPA/PIPA, and now the House of Representatives have been introduced with a bill to call for labels on video games, warning against “violent” video games. Reps. Joe Baca (D-Calif.) and Frank Wolf (R-Va.) introduced The Violence in Video Games Labeling Act, H.R. 4204, on Monday that would require most video games to have a warning label that says, “WARNING: Exposure to violent video games has been linked to aggressive behavior.” This is due to, what the two members call, the increasing evidence showing playing violent games can have a serious, long-lasting impact on children. Frank Wolf went as far as to compare cigarettes to video games:

“Just as we warn smokers of the health consequences of tobacco, we should warn parents, and children, about the growing scientific evidence demonstrating a relationship between violent video games and violent behavior. As a parent and grandparent, I think it is important people know everything they can about the extremely violent nature of some of these games.”

If passed, the bill would require the Consumer Product Safety Commission (CPSC), within 180 days of the bill’s passage, to release rules that require most games rated by the Entertainment Software Ratings Board to bear the warning label. The label would have to appear on any game, regardless of whether it is considered violent or not, with the exception of games rated EC for Early Childhood, meant for children 3 years old and up.

Seriously though, comparing cigarettes to video games? Are they serious? I know it’s just a label now, but what comes after this? It starts with one little thing. Get the word out congress to put labels on video games. Let’s let them know we’re serious, spread the word to leave our games alone.

Announcements
It’s that time again, official announcements have been made this week. First up is the official confirmation of LittleBigPlanet Karting. Due out later this year, United Front Games, the same development team behind ModNation Racers, is developing the game.

Finally this week, we have a game announcement for everybody. This fall, the sequel to Disney Epic Mickey will be released. Disney Epic Mickey 2: The Power of Two will be released on the three major consoles instead of just the Nintendo Wii. New features to the game include voice acting, co-op gameplay with Mickey and Oswald the Lucky Rabbit, and musical numbers. The co-op will allow other players to drop in and out of other player’s games. Mickey will have his paintbrush with paint and paint thinner, while Oswald will control electricity.

That’s all we have this week, let us know what you think in the comment section below. Thanks for reading and until next week, game on gamers.

Author: Super Sanchez Bros As a three time platinum trophy earner, Jose is always serving his master Gaming...FOREVER MAY HE (or she) REIGN!!! Writing for New Gamer Nation and might pop up just about anywhere. Oh yeah, follow him on Twitter @DSB_IV