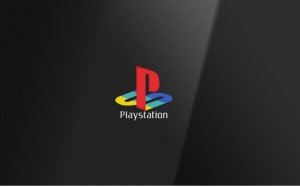 One such game was Simian from 2005, a PlayStation Eye game about interacting with scary looking apes on an alien jungle planet. It was supposed to operate with gesture commands and limited voice commands, but was cancelled in pre-production “possibly due to the fact that the game was too ambitious for the actual technology capabilities” said Wilson. “The central concept was scaled down and the tech morphed into Sony London Studio's EyePet game, which would eventually feature a similar simian-like creature.”

Next up was a game called Manhattan (2006) which was a survival-horror game about zombies in New York. Wilson said it was “pitched as a first-person action game with elements of strategy where p

how to use sketchbook pro ipad

layers would have to lead survivors to safety. I wanted to capture the lurid spirit of VHS video nasties cover artwork for the concept art for Manhattan. I would have had a lot of fun with the adult horror nature of this project.”

Next was a game called Revolution 4 (2006) a first-person shooter about a “War of the Worlds-style alien invasion” set in the UK. Wilson learned halfway into production of Revolution 4 that Resistance: Fall of Man was being made, with almost the exact same premise. Obviously this had something to do with Sony cancelling the game.

Finally, Zodiac Assassin (2005) was a “globe-trotting, Kill Bill-esque assassin game” where you play as a female assassin/master of disguise traveling around the world. This got cancelled before much work was done on it when Sony decided to purchase Heavenly Sword instead.

Other games that were mentioned, but never saw the light of day, include The Getaway 3, Heavenly Sword 2 and an untitled PS Move sci-fi action game.