The time has come for another entry in the usually excellent MLB 13: The Show to hit the shelves. After an extensive cover search, the game is out and we are well on our way to enjoying another round of baseball. This years edition includes over 50 enhancements over last years model and though it doesn’t change the model all that much, it still manages to be one of the best sports simulation games on the market. The game manages to improve the user experience instead of adding superfluous visual or gameplay elements that take away from what you bought the game for; a great game of baseball.

At first glance, the game looks and feels similar to last years model. However, what makes this game better than its predecessor is found in the small intricacies of the game. Considering how little time Sony has between 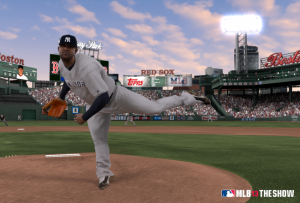 releases, and the conundrum of finding a way to improve something that is already great, MLB 13: The Show is impressive. The first thing you notice is that there were lots of new animations added to the core game. If you played MLB 12: The Show, this year you’ll notice new motions in every aspect of the game whether it be hitting, fielding or pitching. If your favorite hitter changed his stance last year mid-season, that small detail was captured by the developers and integrated into the game. Wondering if your team’s latest acquisition is on the roster? Not only are the rosters updated but they are painstakingly recreated in the game and ready for you to enjoy. The attention to detail is outstanding and it shows in the product. Whether you are new to the series or a veteran ready for the next iteration, the updated visuals will impress you.

On the surface, MLB 13: The Show looks great, but there is a lot more going on under the hood that makes this game something you need to experience. There are over 50 different enhancements that bring you closer to getting a genuine, perfect baseball re-creation. The enhancements aren’t just for the PS3 version but they also span over to the Vita. Last year was the first year you could play on the Vita, and it was a pretty good version of the game. This year MLB 13: The Show strives to make it an even better mobile experience.  The Vita version was important to the series because it always gave you an excellent baseball game, but now you can take that almost exact experience wherever you go.

True fans know that baseball is all about streaks and timing and that is what MLB 13: The Show sets out to deliver. You’ll notice that some of your players will get hot, while others fall into slumps. This feature really mimics real 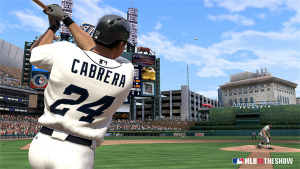 life to an impressive degree. It can lead to some infuriating moments but it is a part of the game and just when you think you had enough, momentum swings in your favor and life is good again. To help regulate this momentum, more control has been given to the player, especially in the realm of fielding. There is an accuracy meter that determines the throw you make to your target. Errant throws will happen now, especially if you rush it, so make sure you concentrate and make a good throw. If this added realism seems too intimidating, there is no need to worry. MLB 13: The Show includes a new beginner mode that adjusts itself dynamically to your style. It will raise and lower the realism to your skill level. With this mode you’ll never feel like you can’t handle what the AI is throwing at you. This mode is highly recommended, especially if you are new to the series.

Veterans of the series will notice lots of smaller changes over last year’s edition. Improvements to game play, sound design, and visuals were implemented but you’ll notice, in a general sense, that the game focuses more on player development. In addition to player development, momentum plays a larger role and you’ll see that league play will now be  more realistic and dynamic as the season progresses. This is achieved by a reward system that benefits smaller teams by giving them bonuses based on how well they play as a 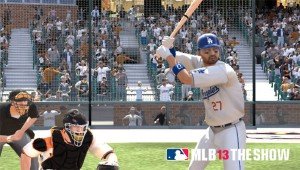 unit. This helps to make up for the differences in budget between large market teams and small market teams. You’ll find that if you find a good core of players that perform well together, you can play against any other team. Finally, there were improvements to the scouting system that require you to be more proactive in the decision-making process whether you want to change a players position or drafting new players altogether.

The fan-favorite Road to the Show mode makes a comeback this year and even manages to offer a more complete experience. This year it seems like the commentary was toned down a little giving you more of a radio-style commentary than a TV-style commentary. They only generally speak when you do something on the field, rather than just commenting about something only loosely tied to the action. This was done to refocus the attention on the player instead of what was being said. Lots of new commentary was added and it is a rarer event to hear the same lines of commentary in the same game.

If you are in the market for an excellent baseball simulation game, or were wondering which is better MLB 2K series or The Show, MLB 13: The Show takes top honors. Though 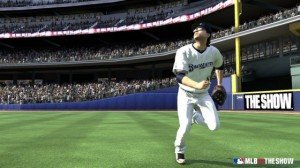 the game doesn’t look that much different from its predecessor, there is enough change sprinkled through the title that make this game worth playing. The change is even more prevalent in the PlayStation Vita version of the game. We can honestly say that this is the best version of the MLB The Show series to date. This game’s developers listened to the fans and really took their criticisms to heart. If there was anything about MLB 12: The Show you didn’t like, chances are they fixed it with this version of the game. We highly recommend this game to anyone, especially if you are looking for a realistic baseball game. It doesn’t get any better than MLB 13: The Show.

This review is based on a review copy of the PlayStation 3 version of MLB 13: The Show published by Sony Computer Entertainment of America