Until Dawn has had a rather rocky past. Back in 2012, Until Dawn was set to come out on the PlayStation 3 as a PlayStation Move game. It seemed like it was going to be a schlocky teen slasher game that would be like playing a Friday the 13th movie game. However, something happened between that unveiling and this iteration of the game that changed everything. Until Dawn is a much darker and much scarier game. It emphases choice where whatever you decide to do has direct consequences on who lives in the story and who dies. As it stands down, that decision made this game much better off than it would have been otherwise and that is only good news for gamers. 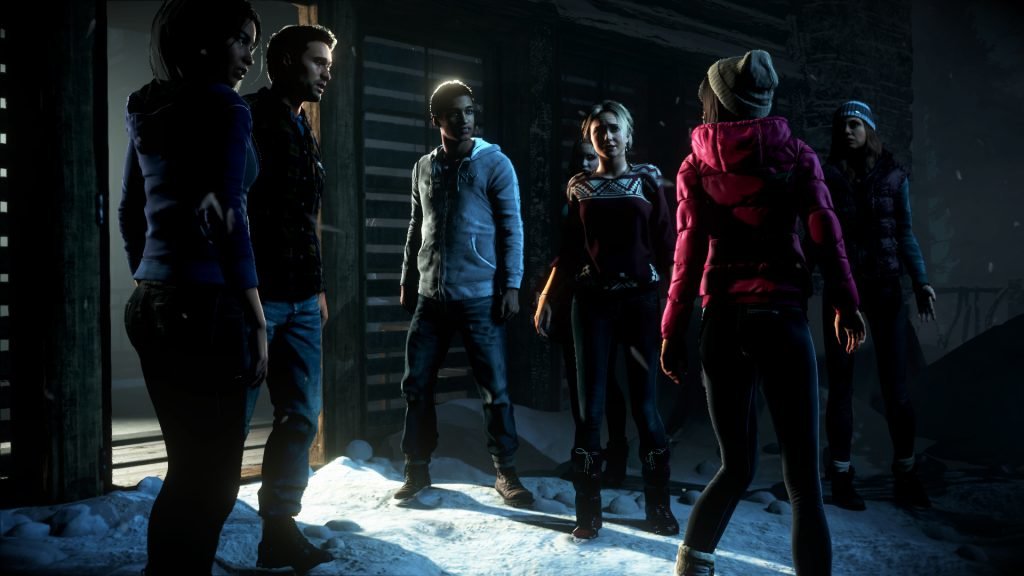 The game begins with a set of eight friends deciding to go on vacation in what seems to be the Western United States or Canada. A series of mysterious murders occur right off the bat, a year passes and our initial set of characters enters the scene. They arrive at the cabin to say goodbye to their friends and celebrate another good year. They look to build new memories, fortify their friendship and start anew. However, little do they realize that they walked right into a deadly trap.

The game itself revolves around choice. You are the puppet master, and by your decisions you determine who lives and who dies. Once a character dies, they are gone for good and you have to move on. There are no do-overs and no way to undo what is done. It is a perma-death approach and it works well and encourages you to go back and play the game again to see how the story changes. Everything you do has a consequence and those consequences are more and more pronounced as time goes on. It is very similar to a Telltale game as far as decisions and consequences are concerned, but the choices in Until Dawn are more divergent with many more branches to explore. 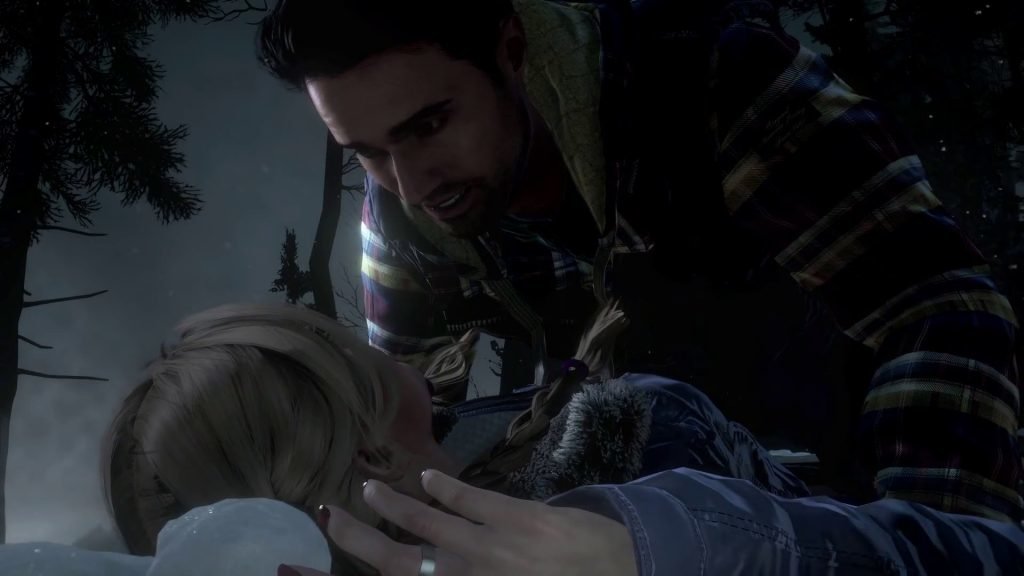 In addition to the interesting gameplay and choice of Until Dawn, the game features an impressive voice cast including Nashville‘s Hayden Panettiere, Night at the Museum‘s Rami Malek, The Middle‘s Galadriel Stineman and Fargo‘s Peter Stormare. The script for the game is very well written so the combination of good voice acting and the good script lead to an enjoyable, story-forward game. The premise still revolves around a teen slasher theme, but as long as you can get on board with a game like that, you should enjoy Until Dawn just as it is. Many of the characters are believable and come across as real, as long as you can give that a chance, you’ll find yourself rooting for certain characters to come through.

As far as the actual gameplay is concerned, the game plays like a Quantic Dream game. You will have certain areas where you’ll have to examine an object or perform a short mini game, and depending on your outcome, a cut-scene will ensue. In between the mini-games, quick time events and cut-scenes you’ll be given the choice to choose the dialogue between the characters. These interactions ultimately decide which characters like each other and which ones don’t so be careful what you choose because your choices and come back and bite you later down the line. The game is very simple to learn and to enjoy which only makes this a better game. 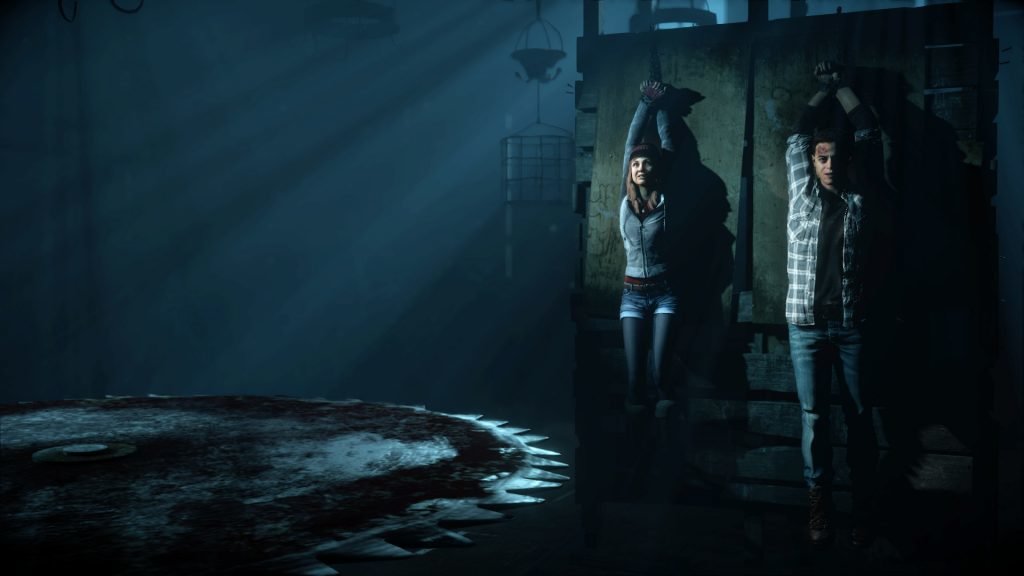 In addition, the game features a decision tracking system called the Butterfly Effect menu. In this menu, you will see you choices and all the consequences of that choice as it ripples through the rest of the game. It takes its name from the common phrase of when a butterfly flaps its wings in one part of the world, it can create a hurricane in another part of the world due to a massive chain reaction. From the menu, you can track how you are doing and where you made pivotal decisions. This menu is a great addition because in games like Heavy Rain or all the Telltale games, you don’t know when you are making an important decision until you are already past that point. Having the menu in front of you makes tracking decisions much more visual and easier to understand. It is a great addition and hopefully other companies follow suit.

From a technical perspective, Until Dawn does a great job all the way around. The backgrounds and character models both look great. There is even a convincing amount of facial expressions, while at times can look a bit awkward, but overall get the point across. Since the graphics look great, it is able to effectively portray a scary atmosphere without the normal technical limitations you’d expect from previous generations. Overall, as far as graphics and performance are concerned, you’ll find no complaints from us. If you were worried about how the game is going to run, you can rest assured and play on. 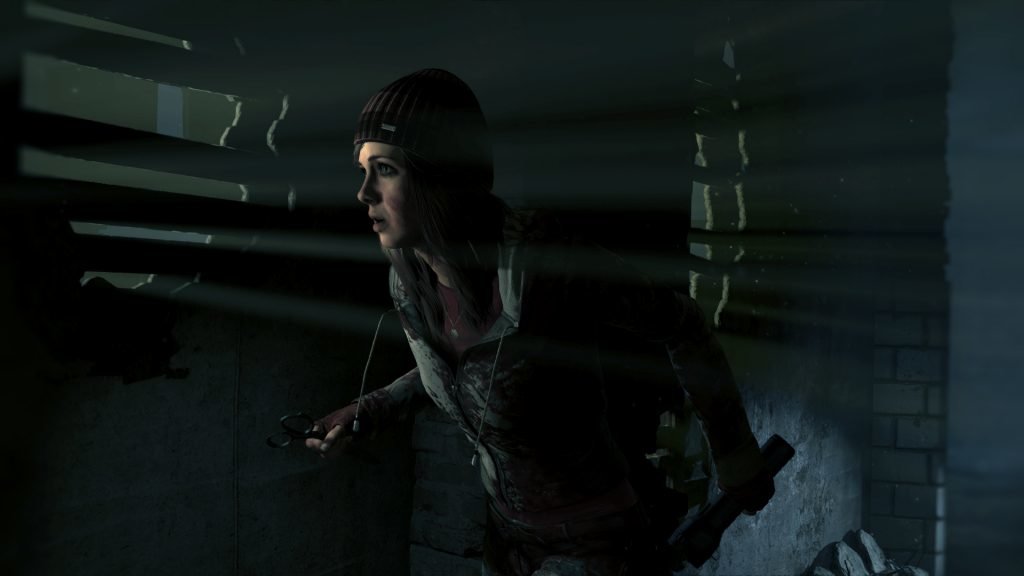 Overall, Until Dawn is a great game with an interesting horror based story. This game may not necessarily be for all gamers since not everyone is aboard the choose-your-own-adventure bandwagon. However, this game is compelling enough that most gamers should get a fair amount of enjoyment out of it, especially if you love horror movies or enjoy games where you can inflence the end of the game. It is a reasonably lengthy game with roughly 10 hours of gameplay, but there is a ton of replay value and you are encouraged to restart the game when you are finished to see how you can manipulate the game to get a more favorable ending. We certainly enjoyed our time with the game and we highly recommend everyone jumps on board and give this game a chance, you may be pleasantly surprised.