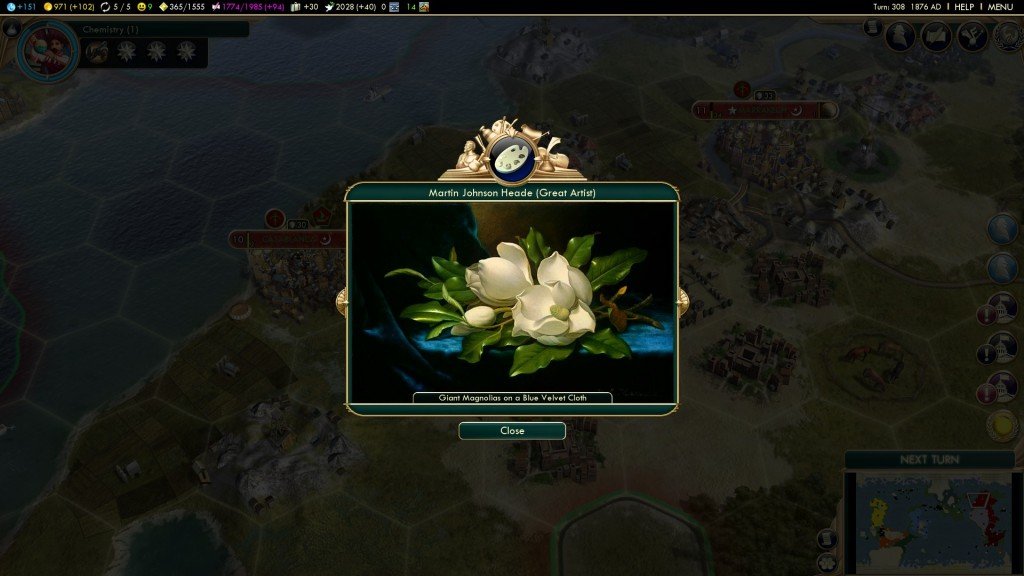 Perhaps no video game better exemplifies the relativity of time than the Civilization series. When there are just three turns left until you finish the Hagia Sophia or enter a new era, they pass almost instantly, dismissed with the click of a button. But when the last enemy capital falls and your marines rush in to secure victory, you look back on the last five hours and question your life choices. Like the parable about the farmer who keeps loading his donkey’s cart with ‘just one more’ log, Civilization V‘s ‘one more turn’ appeal can see a brief pre-bed session transform  into a pre-breakfast session. The newest expansion, Brave New World, gives players more toys while also adding depth and complexity to the series, but without sacrificing the tempting simplicity that keeps players addicted. 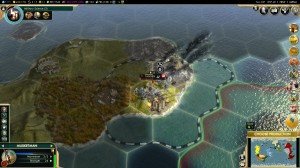 Like the previous major expansion, Gods and Kings, Brave New World adds content in the form of new units, technologies, civilizations, scenarios, and mechanics. The new civ leaders are exciting and diverse, ranging from the trade-focused Moroccans and Portugese to the cultural powerhouse of Brazil. Developer Firaxis have gotten experimental as well, particularly with the Shoshone and Venetian factions. The Shoshone, whose cities start with more territory and whose scouts can choose which benefit they get from ancient ruins, are sure to be a new favorite. Venice demands a niche play style, as they cannot settle any new cities, but must rely on special ‘Great Merchants’ to buy power within city-states. While Venice will tantalize with its unusual features, its limited use borders on the gimmicky.

However, the real meat of this expansion comes from the improved trade, culture, and diplomacy mechanics, which, for the most part, integrate with existing systems cleanly and effectively. Using trade caravans and cargo ships to improve your economy is an addition which is brilliant in its simplicity; an obvious element that you won’t believe you lived without. The best new sound asset in the Civ series is the ringing clink of coin you hear when dispatching a new trade 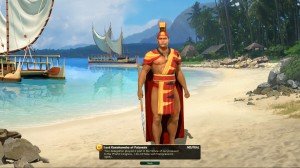 mission, although it has heavy competition from a slew of beautifully performed orchestral themes. Brave New World continues the trend established in Civ V of particular attention to presentation, with production values abounding in the lush sound design and sleek UI. The games also seem to load faster.

The best addition here is undoubtedly the expanded culture system. Previously, achieving a cultural victory was a matter of founding few cities, building culture buildings and wonders in them, and defending them for a few hours until you tick enough boxes to win. Now, the isolationist approach won’t do you any good. If you want to dominate the world with your culture, you will have to build enough tourism to overcome every other civilization’s cultural defense. Of course, it’s not as simple as flicking a switch. You will need great artists, writers, musicians, and buildings to house their great works. All this means that a cultural victory requires much more focus and care, but it is also one of the most rewarding paths, as each great work you support will be displayed, narrated, or played for you (or at least a snippet–apparently Firaxis developers decided it wasn’t worth it to record a four-hour Wagner. Spoilsports.) Unfortunately, the narrator, whose readings of tech-relevant quotes could never compare to Leonard Nimoy’s Civilization IV work, becomes positively soporific when tasked with reciting pieces of great works of literature. Nevertheless, Civilization V: Brave New World is still the only game in existence where you can be treated to an excerpt of Japanese poetry and then hunt barbarians with your uranium-fueled Giant Death Robot, so its mass appeal is pretty clear.

But why, you ask, shouldn’t I try diplomacy before wheeling out the heavy artillery? The answer lies in the new diplomatic system, which is simultaneously the most promising and disappointing of Brave New World‘s amendments. The New World congress system is great fun, allowing for all sorts of wheeling and dealing as you struggle to gain the upper hand in the battle of delegates. Is Napoleon being a despicable warmonger again (the answer is: yes, always)? Use the world congress to ban the luxuries that keep his people happy, and grin as his empire slides into revolt. Of course, diplomacy can be used to boost your own standing as well, and passin 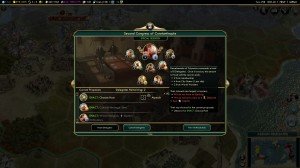 g a vote to make your religion the mandatory world belief is rewarding both for its mechanical benefits and the feeling of omnipotence it inspires.

However, for all of its trappings, the diplomacy system is a disappointment, because unlike the culture mechanic, the new elements remain essentially unintegrated into the diplomatic victory. A diplomatic victory still relies on buying out as many city-states as possible, so for all of the fun of tinkering with the new world congress, it doesn’t have the impact it could. But with more aggressive AI, smarter city-states, and an exciting ideology system which helps liven up the late game, this failure is hardly a deal-breaker.

Really, Brave New World  is a victim of its own series’ success. With all of the improvements that Firaxis has made over the past few years, it’s tough to fill an expansion with perfect additions. That they have managed to continue at such a brilliant pace says a lot for this game’s quality and ambition.

This review is based on a retail copy of the PC version of Civilization V: Brave New World developed by Firaxis published by 2K Games.

Rating:
8.5
Strengths
+Superb culture system
Faults
-Unrealised diplomacy
What would you say?
Average: 0 (0 votes)
Your vote has been submitted
Did you like this? Share it:
Tags Brave New WorldCivilization VFiraxisgamingGods and kingspcpc gamingstrategyvideo games