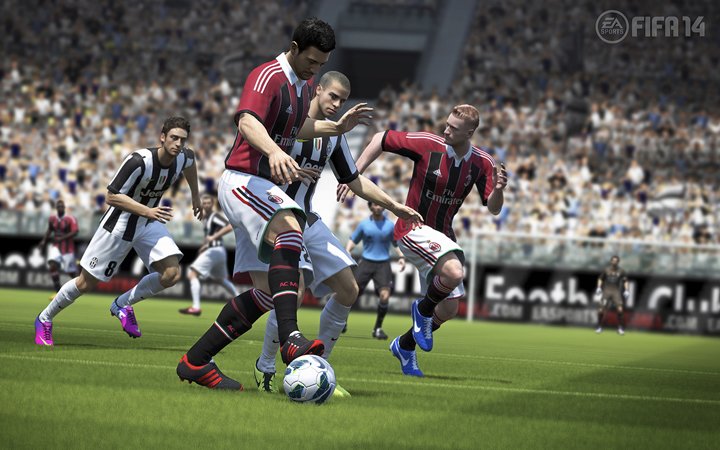 FIFA has always been one of those series that is successful around the globe and continues to bring fans back for more. Well today EA has released a bunch of new screenshots as well as two videos showcasing how FIFA 14 handles ball physics and how you can experience the emotion of scoring an epic goal in what they are calling the “Pure Shot”. While the videos that EA released have no sound, you are able to see the slight differences between FIFA 13 and FIFA 14.

FIFA 14 will play the way great matches are contested with build up through midfield, tension throughout the match as chances are created, and incredible finishing. Opportunities in FIFA 14 will be rewarding and great goals will look stunning.

Finishing has been redone with Pure Shot allowing players to adjust both the angle of approach and stride to find the best position for hitting the back of the net.  There are some new shot types as well which include pure strikes, an off-balance shot, and rushed shots. The Ball Physics video shows off how the actual physics of the ball determines the trajectories of balls, giving players the ability to kick the ball with force from distance, drill low rising shots with accuracy, and blast dipping or turbulent shots, just like real players do.