As part of one of the most popular video game genres, Wyv and Keep had to find a way to make it stand out, not only in the indie market, but also the puzzle game genre and, with it’s challenging levels and a unique mechanic, it has done so quite brilliantly.

When first starting an indie title, the number one aspect many people look for is the quality of the art. Obviously, players are not expecting graphics on the level of The Witcher 2 or Crysis, (this is an Indie title after all) but what they do look for is confirmation that the developers used their limited resources in a tasteful  and artistic way rather than using the “Indie” label as an excuse to put minimal effort into their art style. Luckily, Wyv and Keep not only does ‘Retro’ art the way it’s supposed to be done, but also tops many of the professional game studios of the early nineties. Granted, technology and tools are much more sophisticated, but as you progress through Wyv and Keep, you can see how much effort and thought went into every animation, enemy, and level. Cutting corners with how the game is presented is not an issue you will have with Wyv and Keep; from the opening cut scene to the end, you are treated to true, artistic pixel art. 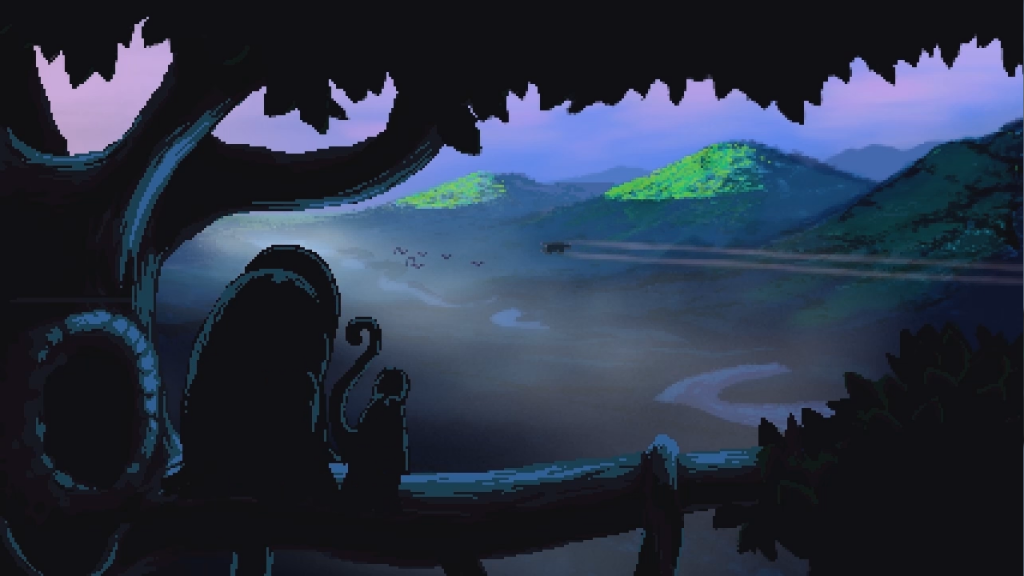 When it comes to a stimulating presentation, art work is only half the equation. A Jolly Corpse and Luke Thomas, composer, once again do not pull any punches. Right out of the gate you are given a great tribal drum rendition during the intro and splash screens. Each section of the game is given its own different flavor of music while keeping with the tribal sound that it intro’d with. Whether you’re puzzle-solving your way through a dense forest or pushing boxes in deep, underground caverns, the music adds immensely to each of the level’s flavor.

Coupled with the great music is a quality sound design. While sound itself is not something gamers put a heavy emphasis on, many unconsciously view sound design as something that shouldn’t draw the player’s attention in the first place, essentially meaning that the greatest compliment you can give the sound design  is when you don’t compliment it at all. Wyv and Keep sports diverse and numerous sounds for every little action and movement. Little details like giving Wyv a different landing sound than Keep after they jump adds just that little extra level of quality that even many AAA titles lack.

As stated at the beginning of this review, Wyv and Keep needed something to make itself standout from the rest of the ‘Indie’ titles, and this comes in the form of having to use both characters in order to solve the various challenges and puzzles throughout the game. In the mechanic sense, this is very similar to how Lost Vikings from Blizzard Entertainment played, but instead of slaying enemies with three vikings, you’re solving puzzles with two intrepid explorers. There is something to be said about the boldness of using two playable characters in a puzzle based game; thinking about how to craft a puzzle for a player using one avatar is vastly different than trying to craft it for two. The dynamics of the entire challenge get turned on its head after you introduce a mechanic such as this, and A Jolly Corpse should be commended for creating a game that plays so well with this kind of mechanic.

Don’t think that being able to use two characters will make your task any easier, however. In truth, using two characters makes your task of solving puzzles arguably harder, as the player will have the anticipate how the level will change with each step, jump, and push of a box. This is not a game that is afraid to let you fail; some levels you will have to restarting from the beginning over and over again. Even if you know how to complete the current level, factors such as timing and what order you do something in can effect the outcome. Along with the fact that there are hostile enemies in later levels waiting to stick a spear in your face, you can be sure that this game will keep you on your toes at every corner. These challenges also, in many cases, require quick reaction times, and in some cases require the player to control both characters simultaneously (which is just as difficult as it sounds). Even when the solution seems simple, one slip and you can find yourself back at the beginning.

Adding online play also gives yet another dimension to an already dynamically challenging game. Play with your friends on the internet and tackle these mental gauntlets together; just be prepared to share the glory and (eventual) failures should you fall victim to the many traps, enemies, and complex impositions through the game.

So what could be better than challenging puzzles and a fun mechanic? The ability to create your own, of course. Along with the base game, users will receive a level construction kit that allows players to build their own challenges and share among other players. This kind of user generated content ensures that Wyv and Keep will have a very long shelf life that players will be able to enjoy for months after they beat the original campaign.

Essentially, the player is left with what equates the to ideal ‘Indie’ game. An interesting mechanic, plenty of challenge, great art work and sound, a content kit, all wrapped into one package. Even under the harshest scrutiny, the only real flaw was the weak dialog that, despite best efforts, never elicited any real laughter or built the characters particularly well. Wyv and Keep is a remarkably well put-together title with many hours of game play in the campaign alone, not including multiplayer and user generated maps. With the small price tag that is a staple in the Indie game market, Wyv and Keep is certainly worth a try for players who want more than just smashing through enemies.

Rating:
9.0
Strengths
+Challenging Puzzles with a unique mechanic
+Great artwork and soundtrack
Faults
-Uninspired Dialog
What would you say?
Average: 0 (0 votes)
Your vote has been submitted
Did you like this? Share it: