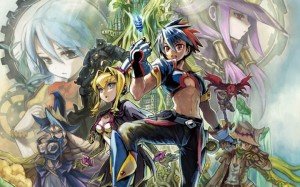 Dungeon-crawling RPGs, with their tedious dungeons that never end and their (often) lackluster story, are not usually for me. So as you can guess, I was a bit hesitant when I first booted up Legasista; thankfully, however, all of that changed rather quickly. With loads of customization and charm, Legasista is a breath of fresh air from the usual dungeon-crawler.

Legasista puts you in the role of Alto, a young boy whose mission in life is to restore his sister from crystal form to her human body. For this to happen, Alto must travel to the Ivy Tower, head deep into the ruins, and use an ancient weapon to break her curse. However, Alto is unaware that this weapon is not what he thinks it to be.

In his journey through the dungeons, Alto meets a strange group of characters, starting with Ms. Dungeon, the keeper of the ruins. On top of that, he meets an ancient weapon that has lost her memories and a scrap-metal robot. The story has a lot of humor to it, but boils down to a simple story of siblings doing everything they can for each other.

Legasista is a dungeon-crawling RPG maxed out to the extreme, with a great mix of combat, traps, and exploration. Your whole goal is to complete a floor of a dungeon and move onto the next floor until you have cleared out the entire dungeon. Most of the floors are fairly small and quick to complete, letting you get in and out without grinding for hours on end. Each of the dungeons has their own unique theme, and solving each of these themes is key to moving on to the next floor or dungeon. After you complete a percentage of the main dungeons, you will unlock Ran-geons, which are longer than the regular dungeons.

The combat is simple at its core, with the ability to equip a weapon and magic spells to go along with it. Three characters can be used to form a party; however, only one can be controlled at a time. You can also switch between the three characters at any point, allowing the action to flow a lot quicker, and for players to switch to whichever character is best for each specific trap or location.

There are loads of traps that you will have to deal with in your time exploring. Traps such as arrows, spikes, poison, and bombs are visible all over, so you have to make sure to keep your eyes open at all times. The traps are not there to hurt just you, either. You can find many ways to trigger them to hurt oncoming enemies, which adds to the strategy of combat. There are also a load of items to be found and used, such as healing sprouts to keep you alive, and lanterns to help brighten up your path and clear away some of the fog. 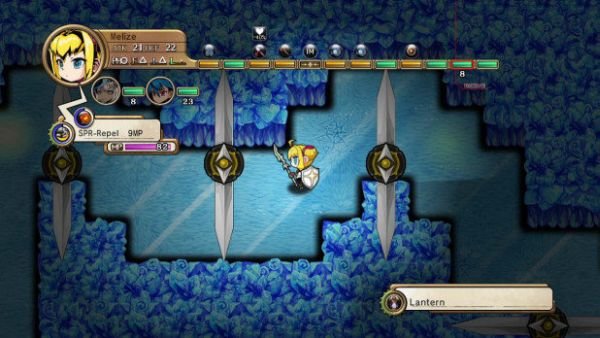 Customization is one of the biggest aspects of Legasista, and it brings a new feel to the dungeon-crawling genre. Each character can equip a single energy frame, which affects the amount of health bars and equipment items you can equip. As you level up, you unlock new frames to help equip your character as you like. Not only do you have multiple heath bars in the game, but you also have a durability gauge for each equipment piece; after you lose your health bars, your durability bars start to go as well. Once gone, your equipment piece cannot be used until you head back to town after you finish the dungeon.

Each character has a set job assigned to them, which can be changed at level 20. These jobs have specific skills assigned to just them. Leveling up nets you Job Points, which you can use to unlock things, such as extra mana for all jobs or increased damage when at low health. Also, if you do not like any of the preset story characters, Legasista allows you to create your own character that lets you put your own spin on the adventure, even if it is not very deep.

Graphically, Legasista is a great attempt at HD, as it is the developer’s first attempt. The characters are sharp and well done. The Ivy Tower is great as well, with a wide variety of living environments that stop things from getting boring. Enemies are polished and have a lot of personality to them, which makes them blend in nicely with the environments. The only fault here is that some characters are just copied from level to level; however, they are given different abilities to match the theme of that certain dungeon.

As in most JRPGs, the soundtrack is enjoyable, and gives great background to the adventure. The character voices, however, are done completely in Japanese with English subtitles, which will make some people think twice about playing the game. The game would have really benefited if it had an option to hear the voices in English, but this only takes a small part away from the game. 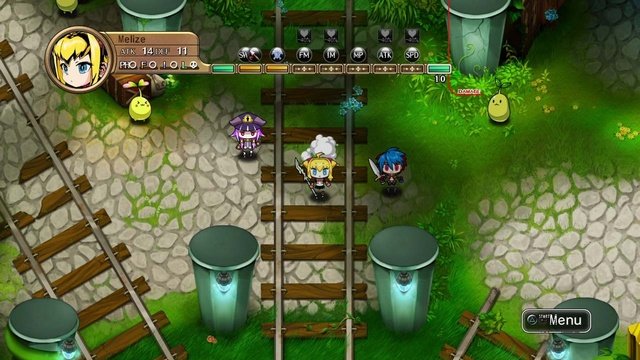 Legasista is a dungeon crawler that just wants people to explore it–specifically, people that like to grind through level upon level with loads of traps. System Prisms have done a great job at adding a bit of spice to the formula by adding customizable energy frames and multiple health and durability bars. Each floor of the dungeon is accompanied with a simple and fun story, filled with a great cast of interesting characters. Even without getting too into the game, you are guaranteed at least 15 plus hours of grinding and collecting equipment. Legasista itsnot for everyone, but it’s a real gem for Playstation 3 owners who are looking for a great dungeon crawler.

This review is based off a review copy of the Playstation 3 version of Legasista developed by System Prisms published by NIS America.

Author: Dark_Assassin I am Kyle Baptie and I play and review games most of the time and have a great time doing it. [email protected]