It’s that time of year again, when Activision takes the video game world by storm and releases the annual Call of Duty entry for all to enjoy. For some, this results in debate as to whether or not people are going to buy this game. For others, this time signifies an opportunity when friends can get together and engage in an all new, albeit rehashed, version of FPS multiplayer action. Then there is a small section of gamers that is reserving judgement and hoping that this year’s Call 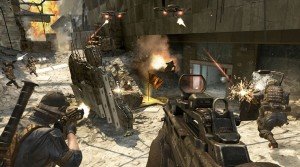 of Duty will somehow transcend the hallmarks of what made the series so popular to begin with and become a game truly worth their time. Frankly, if you are a fan or hate the series entirely, there are no amount of words that will persuade you otherwise. However, for those that are still undecided, you may be pleasantly surprised that this year’s installment may have you thinking differently about Black Ops II.

Call of Duty: Black Ops II pays special attention to the story for its latest installment. The story was never the strong point for this series, and traditionally, Call of Duty was played as a multiplayer game only. Thankfully, the developers at Treyarch have decided to make this game more multidimensional and appealing to all types of gamers. This game won’t rival a narrative-driven game like the Mass Effect series, but it does feature a coherent story that makes sense. It also manages to tie in the characters from the original game, which gives the story some continuity. It is a little strange, because the original game takes place during the Cold War Era and this game takes place in the not-so-distant future. The game does jump back and forth between the two time periods as an elderly Frank Woods leads you down the events of what happened between then and now. It sounds strange, but it definitely works, and if you had reservations, you should feel reassured that it all falls into place. 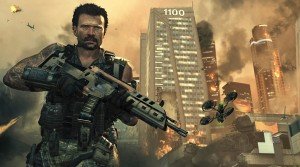 What is truly refreshing about this game is the addition of choice. This game isn’t just the run-and-gun mechanics that the series has made famous–it took a lesson from role playing games. Throughout the campaign, you will be prompted to choose between life and death for some unfortunate souls. Your decisions have a direct consequence on the storyline and you can essentially pick your path. This system encourages players to revisit the story and change their mind about some of the decisions they made. This is not a new concept by any stretch of the imagination, but it is certainly a new concept in first person shooters. It is extremely refreshing to see that Treyarch is trying to enhance the experience for their fans, especially in an area of the game that has been lacking for years. Unfortunately, there aren’t many places that require your decision, so it is just meant to test the waters for future titles. Luckily, these sequences play out beautifully, and there is a handy feature that allows players to rewind their actions to see how other choices would have panned out. 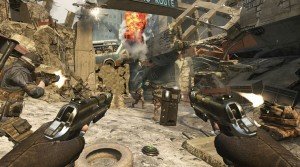 As if adding RPG elements to the game wasn’t enough, Call of Duty: Black Ops II borrows elements from real-time strategy games as well. There is a new level type called Strike Force missions, which allow you to control soldiers and assets independently of one another. It is up to you to come up with a working strategy and implement that in the campaign. You will take on plenty of tasks including hostage extraction and protecting assets from the enemy. This new battlefield management tool is interesting and it really makes you think about what you are doing and why. Unfortunately, your teammates do not do a good job at taking down enemies, so you’ll have to carry the load yourself. It doesn’t make the objectives impossible to achieve, but it puts more on your plate and makes your teammates a liability. The AI has always been a problem in the franchise and this issue found its way into Black Ops II.

The multiplayer modes, which has always been the hallmark of the franchise, continues to be so today. However, even the bread-and-butter of the franchise was unable to escape some changes. The old COD points system has been replaced with a new token system. This new system gives the player some control over what weapons are unlocked in what order. The loadout system is also somewhat improved with the ability to manipulate ten different hardpoints. Each hardpoint is equivalent to one weapon, perk or item. You can use any combination of 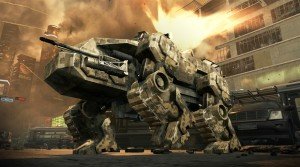 hardpoints and guns to create a truly customizable layout. Whether you prefer more grenades, a side arm, or an extra perk, you will be able to find a loadout that fits your playing personality the best. As far as the multiplayer modes are concerned, it is still the fast-paced, in-your-face gameplay that you’ve come to expect from the franchise. The action is frantic and you’ll rely on your reflexes more than ever.

A new league mode makes its debut with Call of Duty: Black Ops II. This mode allows you to play with people that are the same skill as you. It also gives you all the weapons at your disposal. No longer will you have to unlock everything before you’ll be able to play a fair match against your opponents. However, there are a few drawbacks that really prevent this new mode from taking center stage. The XP system in League Mode has been modified, and you will not get XP for all the things you normally would. In fact, you’ll only get XP at the end of matches based on how many objectives you complete. This was an interesting idea because it forces all the players to “play the objective,” but it discourages other actions that really help your team. The idea is good in theory but poor in execution. 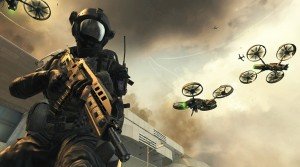 Interestingly, there were a number of tools added to this game that attempt to push Call of Duty further into the social networking space. In Call of Duty: Black Ops II, you have the ability to set up a live stream directly through YouTube. This sounds great in theory, but there are audience requirements that prevent you from streaming. It is an exciting addition, especially for those that make a living off of streaming Call of Duty games, but needing an audience before you start seems to diminish the tools before you have a chance to play with them. Thankfully, Theater Mode is still there and proves to be the best way to share, edit, and display your accomplishments on the battlefield.

Finally, there is the Zombie Mode. For all those Zombie Mode fans, this mode will bring you exactly what you’ve been looking for since the last edition of Black Ops. However, that is the only thing this mode brings to the table. Yes, there are new maps which display everything you loved about the mode, but very little was done to overhaul the mode to make it something different. This can be a good thing or a bad thing depending on your view but when developers do the same thing over and over again, it is never good for the consumer.

Overall, Call of Duty: Black Ops II strives to be greater than the sum of its parts. The single player campaign is much improved over previous storylines in the Call of Duty franchise. The 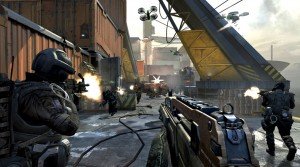 new borrowed elements from RPG and RTS games feel good and add positive qualities to the aging gameplay. Though these elements are limited, it would be great to see them expanded and used to move the franchise forward. The multiplayer modes are what you would expect, and there are some new tools that, if properly tweaked and tested, have the potential to make Call of Duty: Black Ops II even bigger than it already is. This is an improved Call of Duty and it has the potential to change some minds about the franchise in general. If you never played Call of Duty or were tired of the franchise, this game can change your mind–and to us, that is worth playing.

This review is based off of a review copy of the Playstation 3 version of Call of Duty: Black Ops II developed by Treyarch published by Activision