If you have checked out our headset reviews at all over the years, you will quickly notice that we cover a lot of headsets that gamers can use to optimize their gaming experience. Plantronics has long been a staple in the gaming community and today we take a look at their latest headset designed for Microsoft’s Xbox One console, the RIG Flex LX. Plantronic’s RIG product line has held pretty strong over the years. In fact, their previous design the RIG 500, earned a perfect 10 from us. Let’s see how the RIG Flex LX holds up.

Sound: 9.5
As expected the sound quality is excellent on the RIG Flex LX. Despite the limitations of the Xbox One’s controller limiting everything to stereo sound, the RIG Flex LX does a phenomenal job of immersing you in the gameplay with an optimal audio experience. Similar to previous iterations of the RIG, the precision-tuned 40mm drivers provide a good amount of air pushing sound into those sweet little ear drums of yours, while the ear cups themselves provide good noise isolation. The 3.5mm boom mic snaps right in and has built in noise cancelling and has superb audio quality. As expected, the sound performance out of this headset is solid. 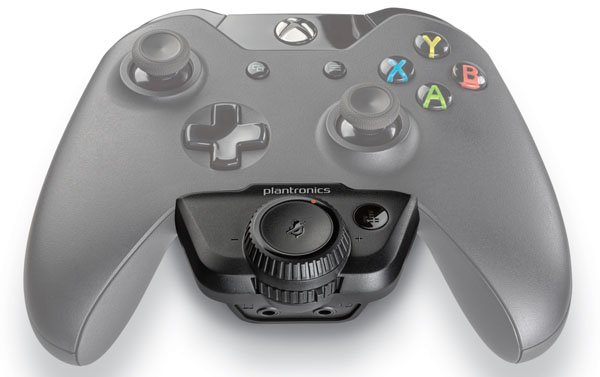 Features: 10
My favorite feature off of the original RIG and RIG Surround units was the mixer. This time around the mixer snaps right into the bottom of the Xbox One controller for a cleaner look all while providing the same features. The bottom of the mixer has two 3.5mm jacks. One for the headset and one for another audio source of your choosing. Feel like mixing in some of your own music while you play? Go for it. While I don’t see myself listening to anything other than game audio, I still absolutely love this feature because I can hook my phone up to it while I play and if I get a phone call, I don’t miss a beat in my game. I simply answer the call and keep playing all while my phone call now has crystal clear audio from the boom mic and my hands are still free to own everyone in my wake. The mixer has two dials which are easily accessible providing both volume control as well as balancing your team chat with game audio. In the center of the large dial is a very easy to reach button which you can quickly tap with your thumb to mute the microphone. Lastly on the right side of the audio adapter is button which lets you cycle through a couple of presets to suit your needs. 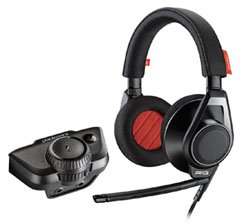 The Plantronics RIG Flex LX is currently set for release on September 30, 2015 for $129.99, which is a very competitive price point for the headset when taking into account that wonderful audio adapter with mixing capabilities. The RIG Flex LS provides a feature rich gaming headset for the Xbox One that won’t break the bank. Honestly my only complaint when it comes to its value is that they didn’t include a second 3.5mm audio cable for you to connect your phone or other audio source to the adapter. Given that it is such an awesome feature; would it have killed them to throw in another audio cable that might cost them a buck? That being said, the RIG Flex LX is still an awesome value.

Ease of Use / Comfort: 9
Man oh man this headset is comfortable. The ear cups appear to be the same design as the RIG Surround (which is great) as they are made of a very comfortable memory foam with a thin cloth mesh over top. The headband is elastic enough to fit practically any gamer’s head size without squeezing the ear cups to the head (which would give you a headache) and thus allows you to play for hours on end in utter audio ecstasy.

Setting up the headset for use on the Xbox One is cake. As soon as I plugged in the audio adapter to the controller, the Xbox One alerted me to update the drivers and then I was off to the races after snapping in my mic and plugging in the audio cable to the adapter.

Overall: 9.5
Whether you are a hardcore / competitive gamer or a casual one, the RIG FlexLX is solid choice when it comes to gaming headsets for the Xbox One. With the audio adapter’s feature-rich capabilities, I honestly don’t mind dropping $129. The sound quality is fantastic (as expected from Plantronics) and even after logging a good eight hours straight, I completely forgot I was wearing them. The RIG family of headsets have all been great and the RIG Flex LX is certainly no exception.