Since its beginning in 2001, the Devil May Cry series has been the measuring stick against which other hack and slash action games are compared. Devil May Cry 4 is no exception and was a fine addition to the series back when it was released in 2008. Seven years later, the fourth game in the original DMC series has made its way to Xbox One and Playstation 4 as Devil May Cry 4: Special Edition. A great deal hasn’t changed since the original release, but in this case that’s not a bad thing.

For those that never played the original DMC 4, it falls chronologically somewhere in between the first DMC and DMC 2. The game follows the exploits of the white-haired demon teen Nero, a member of The Order of the Sword. Nero is tasked with hunting down Dante, the wisecracking protagonist of the other games in the DMC series, after he murders the high priest of the Order, Sanctus. Finding the famed demon hunter doesn’t prove easy, as Nero must face increasingly difficult enemies in order to locate him. The Order of the Sword keeps many secrets and the more Nero learns about the organization, the more he becomes a liability to their ultimate goal. The plot is compelling enough to carry through the game, despite the so-so voice acting and weak dialogue. Thankfully, Nero is just as good at delivering entertaining one-liners as Dante. 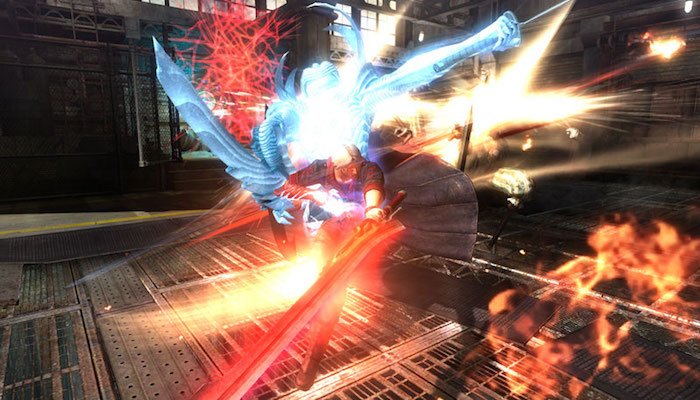 The fast paced, demon slaying gameplay has always been what this series is about, and DMC 4: SE feels like the most refined experience to date. Stringing together sword strikes, gunplay, and Devil Bringer grabs into stylish combos has never been easier, though the satisfyingly challenging difficulty remains intact. The variety of enemies you’ll face is fantastic, each with its own way to be quickly disposed. Boss battles are fun and usually massive in scale, as you are forced to do battle with some baddies that are both large and ugly as sin. Nero’s Devil Bringer – his devil arm – is a wonderful addition to the series, allowing the player to incorporate crazy grabs into their combos. Defeating enemies rewards Nero with the familiar Red Orbs that can be used to purchase items before and during each stage. The longer and more varied your combos and the quicker each stage is completed, the better your final grade and the more Proud Souls you’ll earn at the end of each level to buy skills. In fact, Special Edition features an increased acquisition rate of both Red Orbs and Proud Souls so you can acquire items and skills faster than in the original DMC 4. Capcom has also added a Turbo Mode, which increases the speed of the game. While not a defining or necessarily useful feature (the game is fast enough already), it does exist for those that desire a faster DMC combat experience. The game also allows you to play using the original release’s settings, a good inclusion for those who feel that gameplay tweaks to DMC 4 weren’t needed.

The graphical bump provided by this generation of consoles makes a game that already looked fantastic in 2008 appear even better. DMC 4: SE’s cutscenes are absolutely beautiful in 1080p, and this extends to the in-game graphics as well. The environments are varied and detailed, from the halls of Fortuna Castle to the plant-filled pathways of the Forbidden Forest. Character and enemy models look as though they have been carefully crafted and look great even in intense combat. Special Edition adds additional costumes for both Nero and Dante, while also adding Vergil, Trish, and Lady as playable characters (along with their own set of costumes). These are nice compliments to the original game and each character has a different weapon selection that helps change up the overall gameplay. Playing as Lady is perhaps the most fun and stylistically different, as her weapon swings are slower and heavier and you can blow enemies away with her bazooka bayonet. 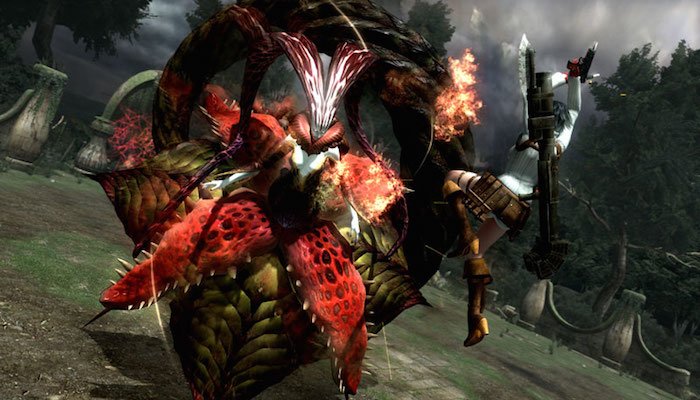 Despite the extra content, gorgeous visuals, and superb gameplay, DMC 4: SE is not without its flaws. Camera issues have plagued the series since its conception, and while the problems aren’t as profound in Special Edition as in other Devil May Cry games, they do still exist in this latest iteration. Often times static camera angles obscure enemies from view, allowing them to get behind you and attack from off-screen. This is especially frustrating on higher difficulty levels given that every bit of health is precious. Even outside of combat, these stationary angles don’t allow you to fully see platforms to jump on or just awkward in general when backtracking though levels. Open areas where you can control the camera with the right stick are a godsend, but they few and far between.

The other minor problem I have with DMC 4: SE is the amount of backtracking that takes place over the course of the game. It feels like lazy game design, forcing the player to trek through environments that have been recycled instead of creating new ones. The overall fast paced experience of the game slows down when you’re running through the same areas multiple times a level. The pacing of the game would be nearly perfect if these retreads were eliminated. No matter how visually stunning a game is, going back through an area three to four times is never fun. 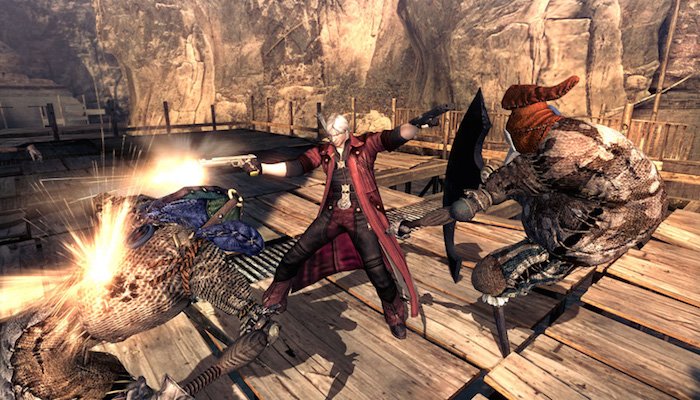 The camera and area repetition aren’t enough, however, to truly mar the experience of Devil May Cry 4: Special Edition. I’ve been a fan of the DMC series since the beginning and I think it’s one of the top games in the series, if not the best. DMC 4: SE’s hack and slash gameplay has held up over time and remains fun seven later. It’s a good choice to revisit on the current generation of consoles and the extra-added content makes it worthy of replay even if you’ve beaten the original release. The combat is still fluid, the visuals still eye-popping, and the one-liners still just as cheesy. Devil May Cry 4: Special Edition should tide gamers over until Devil May Cry 5 is (hopefully) announced.