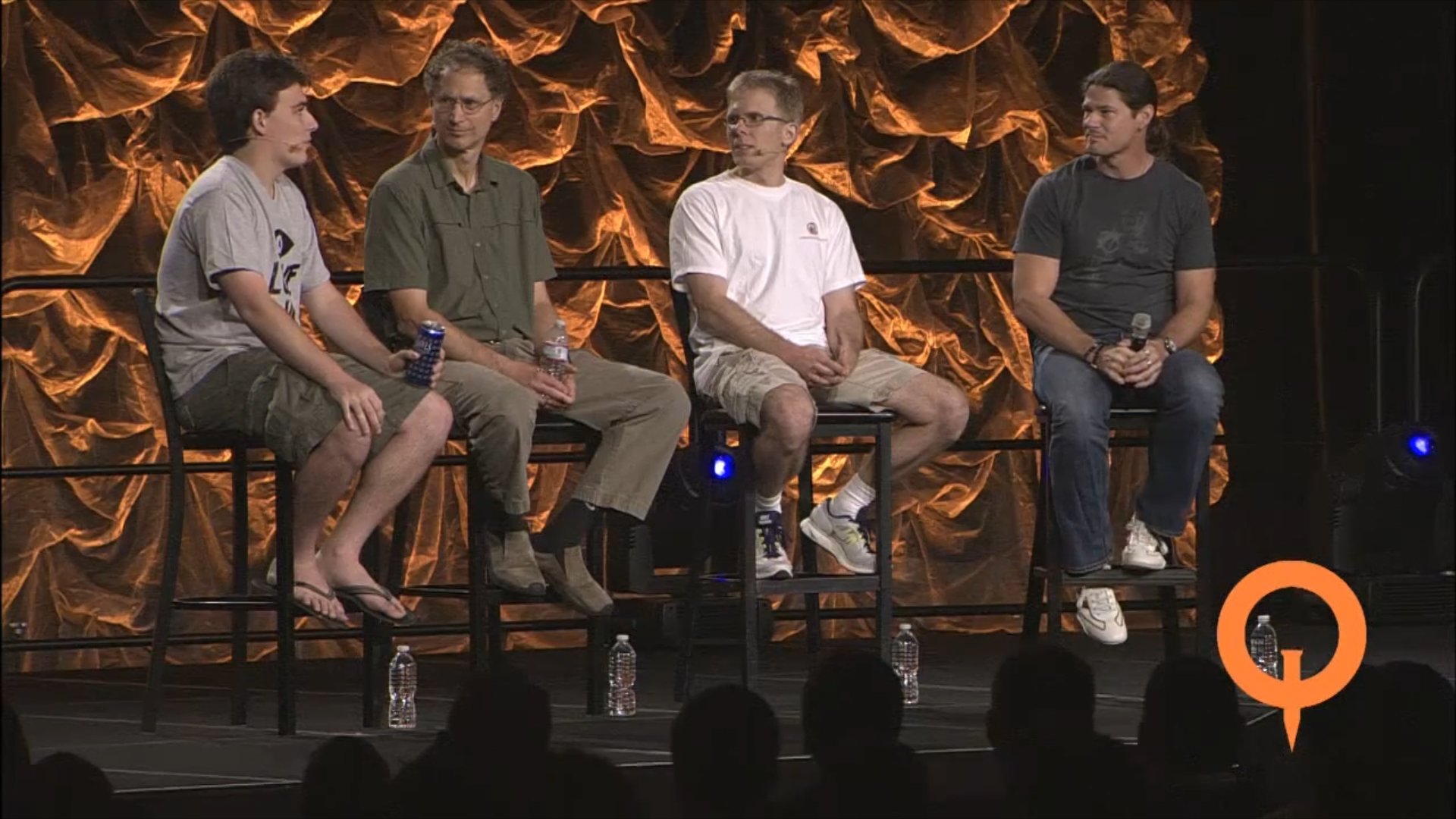 Another great panel discussion from QuakeCon 2012 has been made available to view online. Todd Hollenshead (id Software) moderates a panel that includes John Carmack (id Software), Michael Abrash (Valve) and Palmer Luckey. Palmer has recently become a well-known figure in the gaming industry since his company Oculus launched their Kickstarter to fund the development of a new virtual reality headset called the ‘Oculus Rift’. During the discussion Hollenshead asked the panelists about the origins of virtual reality and the difficulties surrounding the technology. He also asked why it has taken until now to see evidence of real progress in the technology and what led Luckey to create the Rift.

Luckey denies that he’s made any monumental advances in the technology behind virtual reality. He explains: “it isn’t even really me or Oculus or any other VR company that’s making this happen, it’s much bigger, more massive markets like the cell-phone industry and motion controllers in gaming”. “It’s because of those advances that have just really pushed forward in these past few years, all of a sudden the technology exists where we can make really good VR platforms just by using that existing technology.”  It appears capitalism is to thank for enabling these advances; the great leaps forward made in other consumer devices have enabled innovative ideas and opportunities to arise in niche areas such as virtual reality.

Carmack, when later asked about the possibility of having hundreds of games playable via the device mentioned that developers will definitely want to work with the Rift; even though it may not be financially appealing, it will at the very least be a useful PR device. He went on to mention that the use of the Rift would be ‘a secret weapon for Doom 4′s showing’. It’s great to see so much enthusiasm for this new virtual reality technology, as it has the potential to drastically change how we not only play games but also how they are designed and developed. Entirely new experiences may be the horizon if Oculus can realize their vision and bring virtual reality gaming to the masses.

If you’d like to watch the entire panel discussion click the link and look at some of the previous presentations from QuakeCon 2012, which include John Carmack’s Keynote and  ‘The Game of Making Games’ which features Todd Howard (Bethesda), Jens Matthies (MachineGames), Raphael Colantonio (Arkane Studios), and Ted Price (Insomniac Games).