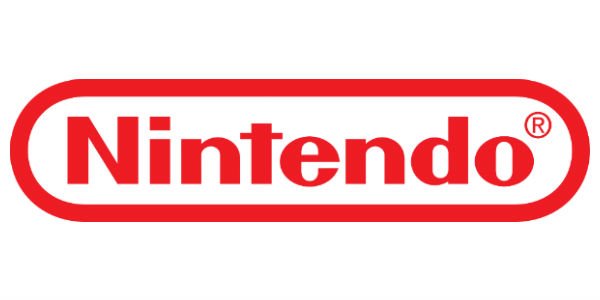 Comic Con may be over, but Nintendo certainly left its mark by bringing a ton of new and old games to the show for fans to enjoy. The booth was always packed to the gills with fans waiting long periods of time just to get a taste of what was to come. While the video game offerings were slim this year, chances were in your favor to find something that appealed to you at the Nintendo booth. Let’s go through what was shown and we’ll get into some of our favorite offerings while we were there taking in the sights.

Nintendo brought 12 titles to the show with an equal split between the Wii U and 3DS. For the Wii U, you could play Bayonetta 2, Super Mario 3D World, Donkey Kong Country: Tropical Freeze, The Legend of Zelda Windwaker HD Remake, Mario & Sonic at the 2014 Olympics and Sonic Lost World. Of that bunch our favorite games were Donkey Kong and Bayonetta 2. Bayonetta 2 was certainly the most action-packed addition at the show. It features all the characters you knew and loved from the first game but it featured several new levels, bosses and enemy types. While the demo mainly featured a boss battle, the action was still as tense and stylish as ever. Landing massive combos is still the name of the game and if you loved the original, this title should definitely make your must play list. Donkey Kong Country: Tropical Freeze brought back a flood of good memories from playing the original games. The graphics were updated and the platforming was as sharp and gratifying as ever. Tropical Freeze knows what the fans want from this kind of game and it certainly delivers on all fronts. If you own a Wii U or happen to be a big fan of the DKC series, then you are in for a nice surprise.

As for the 3DS offerings, Nintendo brought to the show: Pokemon X&Y, The Legend of Zelda: A Link Between Worlds, Mario Party: Island Tour, Sonic Lost World, Batman Arkham Origins Blackgate and Skylanders Swap Force. Of the bunch, our favorites were Pokemon, A Link Between Worlds and Blackgate. With Pokemon, fans know exactly what they are going to get as far as gameplay is concerned. At its core, Pokemon is the same RPG that allows you to train, evolve and battle any Pokemon you find in the world. However, this time around the game gets a face life on the more powerful 3DS. There are also new tiers of evolution that make your Pokemon even that more powerful. This game is a love letter to fans so if you have any interest in the franchise, this is the game to get. The Legend of Zelda: A Link Between Worlds is a very interesting game. When Nintendo asked what was their favorite 2D Zelda game, fans overwhelmingly chose A Link to the Past. As a way to appeal to those fans, Nintendo created A Link Between Worlds. It is an all new 2D Zelda game that goes hand-in-hand with the Super Nintendo original. However, for the 3DS, there are some 3D elements that look a lot like Paper Mario. You won’t always break the 3D plane, but when you do it is always an interesting experience. Zelda fans will definitely love it so if you count yourself among the fan based you’ll want to get this one. Finally, we got to take a closer look at Batman Arkham Origins Blackgate. This game is a handheld companion game to the console version of Arkham Origins. This is an independent game so you won’t relive the story from the console version, but you will get plenty of Batman action. You’ll still get access to the excellent combo system, and best of all, you’ll be able to bring justice to the streets of Gotham in style. Look for this title to release very soon.

Overall, Nintendo had a solid offering at New York Comic Con 2013. It featured a number of game that ranged from action-packed thrillers like Bayonetta 2 to family-friendly puzzle games like Mario Party. There was literally something for everyone so if you had the pleasure of checking out the booth, chances are you walked away happy. We are certainly looking forward to the upcoming Nintendo releases and we are sure there is something in that lineup that will appeal to your interests as well. Check out nintendo.com for more details on any of the titles shown at the show and stay tuned to New Gamer Nation for more.