If the 2014 summer drought has you looking for something new to play for a relatively low price, Chilean developer Ace Games has teamed with Atlus Games in their latest release, Abyss Odyssey. The game combines a few genres together in Chilean lore and boasts a vibrant color palette for the game. So is Abyss Odyssey enough to break you out of the summer drought or should you toss this into the abyss? Once more into the breech, here’s the review.

The first thing to really take away upon playing Abyss Odyssey is the art style of the game. Those going into this game expecting anything that looks generic will be taken away by the beautiful backgrounds and interesting characters. Players go from different types of levels the deeper they get into the game. Going from a colorful garden, to a icy cavern, to a dreary dungeon players. This helps the game from becoming stale, and hazards within the level keep the player on their toes. The vibrant environments and characters are especially highlighted when the game goes into black and white in some sections of the game. 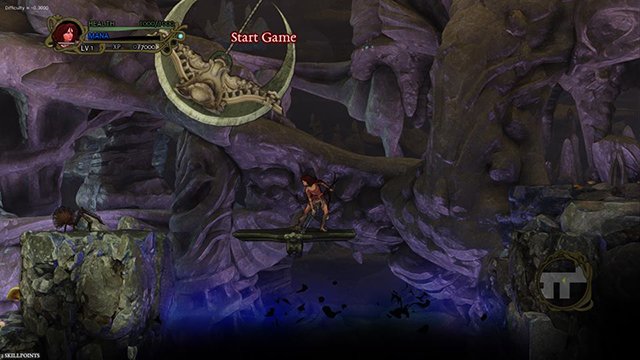 The artistic style of the game fits in very well the story. Abyss Odyssey takes place the Chilean capital city of Santiago under siege of creatures emanating from the dream of a warlock. Players must enter the abyss to descend all the way to the bottom to stop that warlock to take out the threat to the city. Players can play as one of three characters, two of which are unlockable, and if they should die, they get a second chance with a weaker character. With that second chance the player must make it to an altar to revive the main character. Also three different sections of the game can allow players to choose their own way to make it to the bottom of the abyss. Each section has a variety of easy, medium, and hard difficulties, so a player can navigate to try to take the easiest road possible, or try to build up their character by taking the harder routes. Should the player die, they must start all over from the beginning or they can use camp tokens in some levels to start from there. When to use a camp token and how far one can go into the abyss is up to the player. Because the abyss is basically a warlock’s dream, seeing a giant bull shoot lasers out of its eyes is almost the most normal type of enemy you will encounter throughout the game. 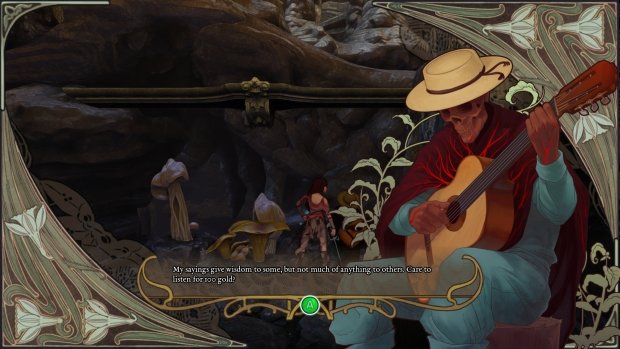 Abyss Odyssey is a mixed bag of gameplay. Combining a few elements from other games Abyss Odyssey is a 2-D platformer, an action-adventure, a beat-em-up mixes and in a little RPG elements. Traversing the abyss plays out much like a platformer. Players must avoid hazards around the levels with the right timing or risk losing some health. It isn’t as unforgiving as other games where if you fall in the giant hole of the black fog you’ll die, but it is challenging enough to know, the longer you can keep yourself at full strength (or as close to it as you can be) the better off you’ll be when you encounter a tough enemy or a mini-boss. The combat itself, while not very deep, does take a little time to learn how and when to hit enemies because they tend to dodge or block a lot of attacks. Working on the right timing to make your hits count is a must if you want to advance in the game. Also, finding a more powerful weapon, either from a shopkeeper or in random altars with debuff effects helps out on the journey.

A bull forgets it was once a calf.

A few drawbacks of Abyss Odyssey come in the way of how short the game can be. After building up a character (or even a ton of well timed dodges and blocks) the game can be beaten in around an hour or so. While I’m not opposed to short games, I just wish there was a little more to it than beating the game with a different character and online co-op. Also the “second chance” soldiers make it a very difficult challenge at harder areas of the game. With the simplistic controls and the enemy’s defense, the most players can generally get is a four hit combo. A bit more time could have been used to add a little depth to the main characters’ background, rather than being spawned from the warlock’s dream. It would have been nice to have a motivation for a player to understand why each character wants to stop the warlock from taking over, rather than separating them by a different character model and fighting style. 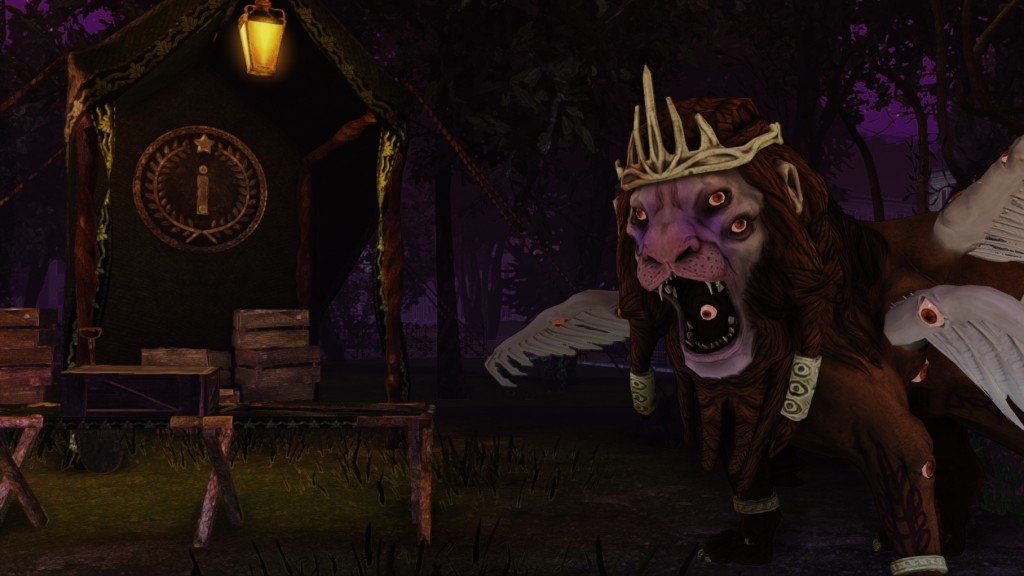 Oh man…What is that thing?

Most of the issues that hold back the game are only on the surface of the game. Abyss Odyssey is actually quite fun. Though the game might not look all that deep, art style in the game does help add some depth to the game. Fans of platformers would get a kick out of the game for The price point of around $10 also helps make the game worth playing. With the old school type platforming and the additional gameplay elements, Abyss Odyssey is a good enough game to stand up on its own. If you’re looking to break up the monotony of the lack of new releases during the summer months, check out Abyss Odyssee and you too could be pleasantly surprised by this title.

This review is based on the Playstation 3 version of Abyss Odyssey developed by Ace Games and published by Atlus Games.