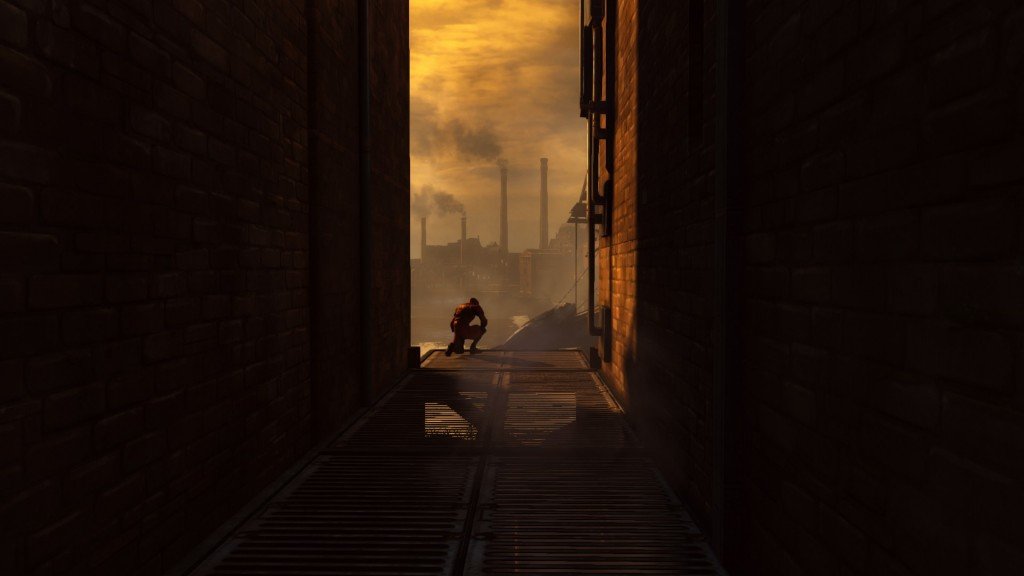 As soon as they step into the blood-soaked boots of the master assassin Daud, The Knife of Dunwall’s protagonist, players will remember what made Dishonored so great. Released a scant half-year ago, Dishonored captured our grimy, murderous hearts with its exciting, innovative gameplay, gorgeous design, and unusual world. This time around, as players control the infamous assassin whose murder of the empress served as the original game’s catalyst, they will once again be treated to these splendid traits. The game begins with a recapitulation of the empress’ assassination from Daud’s perspective, followed by a brief meeting with the mysterious, magical Outsider, who informs Daud that he will have to face the consequences for this particular act of savagery. This brief and tantalizing glimpse at a strong thematic current, or even a plot of some sort, is abandoned almost as soon as the scene is over, recalling the original game’s weak narrative. Unfortunately, players will quickly be reminded of the original’s other less illustrious aspects, many of which persist in this enjoyable but cautious DLC. 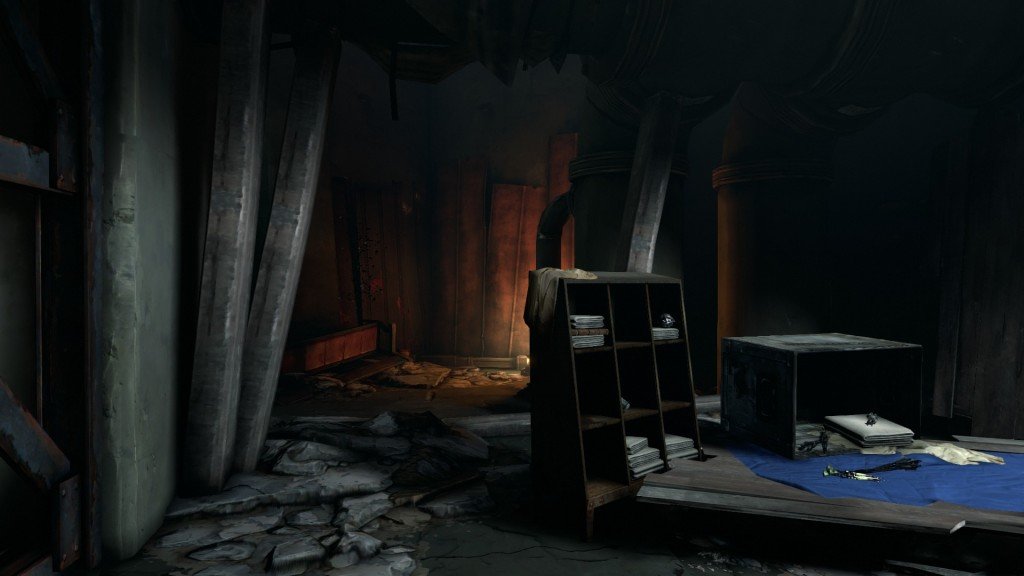 Make no mistake, it is fantastic to once again journey Dunwall’s foetid streets. After the chaotic, raging confusion of battle in Bioshock Infinite, the prospect of scoping out the area, planning your attacks, and becoming acquainted with the varied items in Daud’s bag of tricks is a heavenly deceleration. Anyone who enjoys the kind of thoughtful, deliberate planning that Dishonored provided will love this DLC. For those who prefer a more violent approach, the combat still feels weighty and visceral, and the addition of a couple of new enemy types with particularly nasty weapons make it even more satisfying. At its heart, though, this game is more of the same, which is by no means a problem, and the original’s strengths—its gameplay, environment, and beautiful visual style—are here in delightful abundance, even boasting some pleasant, if minor, improvements. 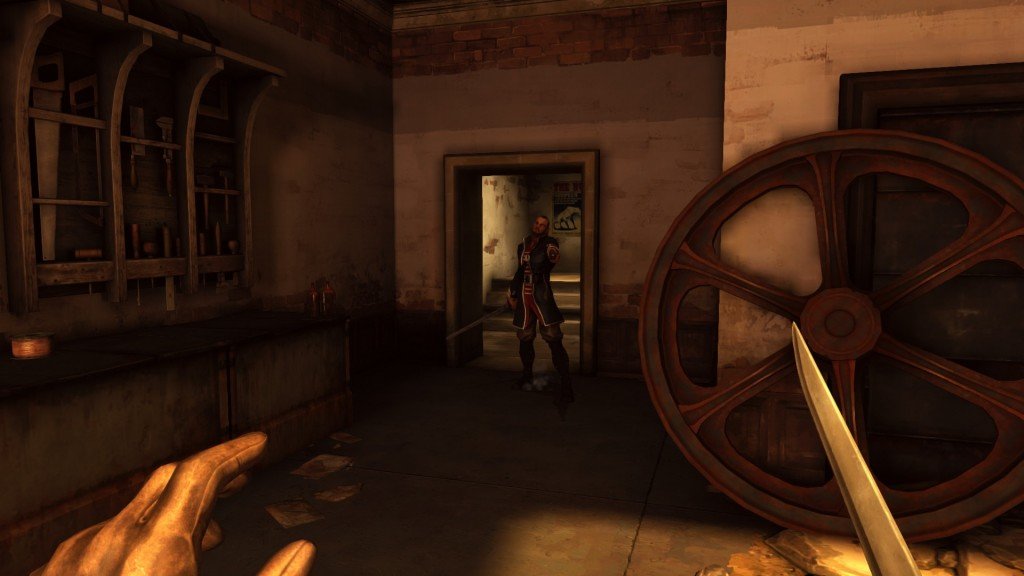 One of Dishonored’s biggest drawbacks was its lack of recourse for a player taking the non-lethal path, and this has been addressed with some success in The Knife of Dunwall. A new type of grenade allows Daud to temporarily incapacitate enemies with a choking dust (creatively titled ‘chokedust’) so that he can advance and subdue his target with ease. However, the most rewarding change is also the simplest: if the player avoids moving while readying the teleporting Blink power, time stops around Daud. This makes in-battle maneuvering easier and, most excitingly, allows the player to chain together precise jumps by pausing in the middle to choose the next Blink destination. This adds a new element to Dishonored’s stealth and navigation systems, one that feels both dynamic and thoughtful. 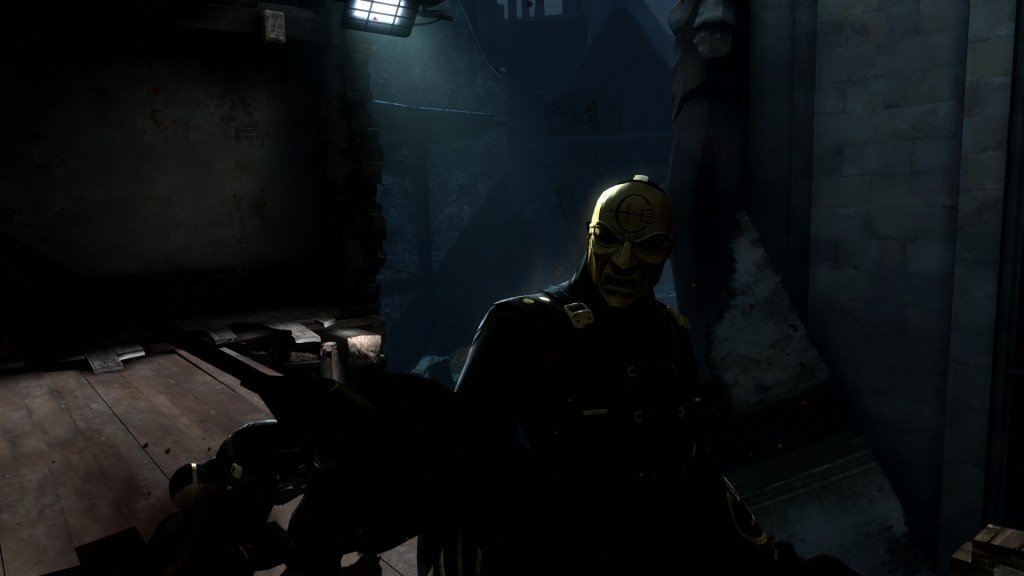 Regrettably, The Knife of Dunwall carries the sins of its father in almost every other respect. Most of the following problems could easily be found in a review of the original. The visual style, while beautiful, does seem to be populated with a number of ugly, low-res textures. Randomized NPC dialogue is just as inane as ever, though one or two scripted conversations were both interesting and powerful in revealing the humanity of the guards you will normally be of impaling and dragging into dark corners.  Unfortunately, the voice acting remains just as bad as the original, and the only point in its favour is that with fewer important characters, you will subjected to fewer offensively bad VO performances. 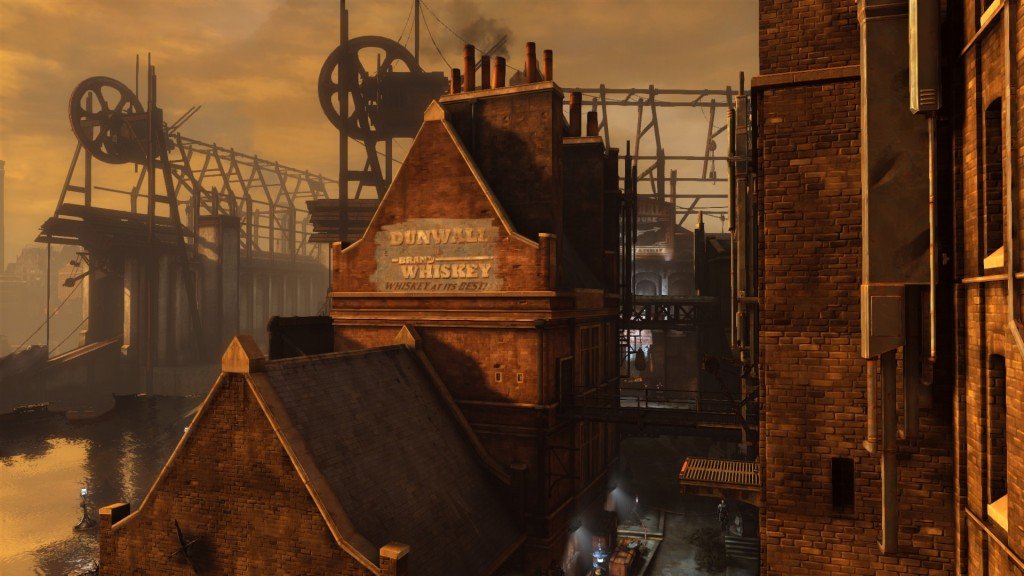 Michael Madsen as Daud acquits himself only marginally better. While his gravelly voice has the innate character that makes him eminently listenable, his participation in dialogue seems listless. Madsen is at his best in the contemplative monologue he delivers in the original game. Here, he sounds halting and slightly confused. Hopefully for their next DLC, Arkane Studios manages to find a better writer. 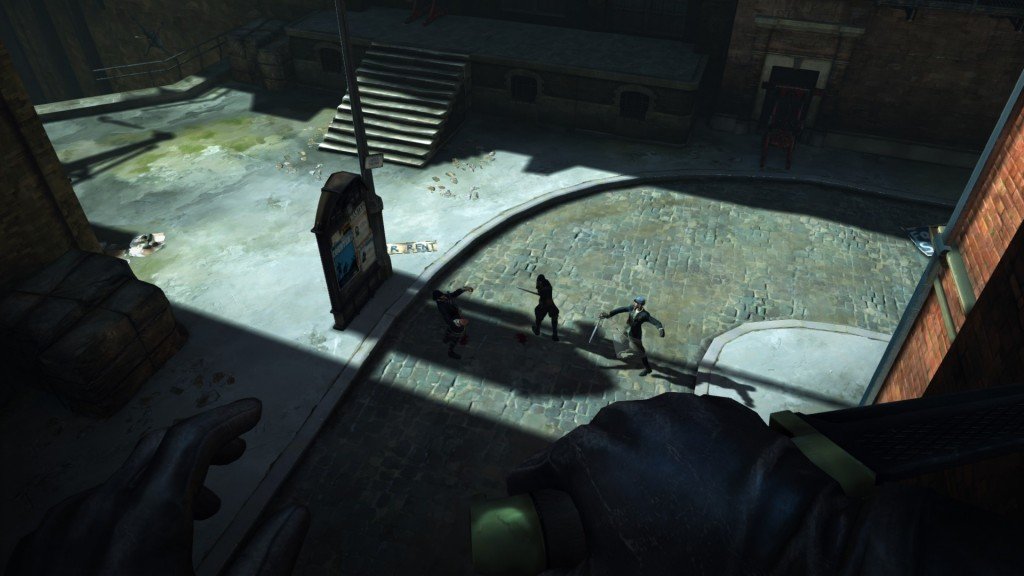 The Knife of Dunwall is a very good game which could have been better, and it is frustrating to see Arkane stagnate in an area where a bit of ambition would not go amiss. There are flashes of exciting, new prospects: a level revolving around Dunwall’s whaling trade, which bears a particularly gruesome centerpiece, and some genuinely interesting puzzles. A new enemy type forces players to change up their combat approaches, and the second level’s non-lethal neutralization option is the best in the series so far, combining cleverness and a multi-part goal with stealth and a bit of spicy revenge.

Ultimately, Knife of Dunwall is best captured by that early visit with the Outsider. Familiar, dark, exciting, and safe. It might sound blasphemous, but December’s challenge DLC, Dunwall City Trials, i\wass actually more refreshing than this, if only because it dispensed with any notion of story, character, or dialogue to take an inventive look at Dishonored’s biggest strength: the mechanics. It seems like Dishonored is trying to train you to be a sociopath: when NPC’s speak, it’s painful, and when you try to understand them, your eyes glaze over. It’s only when you are jumping out in front of a man and jamming a sword in his head that you feel like you are doing something worthwhile. You will throw a bottle at a wall to lure a guard into walking over a mine which vaporizes him with electricity just so you don’t have to hear him say something about ‘whiskey and cigars’ again; then of  course, you will reload your last save, because you can’t wait to replay the same section stealthily. Arkane has truly made a DLC which upholds the Dishonored IP, for better and for worse.

This review is based on a retail copy of the PC version of Dishonored: The Knife of Dunwall DLC developed by Arkane Studios, published by Bethesda Softworks