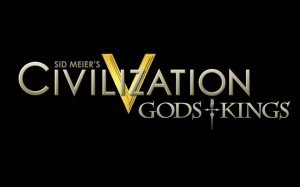 Civilization V: Gods and Kings is the first major expansion to the two-year-old turn-based strategy game Civilization V, and it brings with it two major additions; religion, as the title suggests, and espionage.

Religion is far more influential, especially in the early game. Faith points have been added to the game, working in a similar manner to gold or research. As you progress through the game, you will unlock Faith points through exploring ancient ruins, 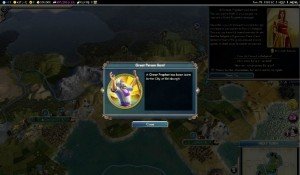 building shrines and temples, or as tribute from religious city-states for developing friendships or alliances.

For those looking to get to grips with the religion system, the Celts, a newly added civilization, are a good choice, as they accumulate Faith from undeveloped forest tiles. This is particularly useful in the Ancient Era, as most tile improvements only become available later.

Initially, Faith will unlock a Pantheon, and you will then be given the option to choose your Pantheon’s specific benefit, such as Fertility Goddess (which boosts population growth by 10%). As you acquire more Faith, you will eventually be able to generate a great prophet.

These special units can found a faith (which consumes them), while subsequent great prophets can spread your chosen religion up to four times. Missionaries can do so twice. While each religion is based on a real theology (Christianity, Islam, etc.), you can name a religion you establish anything you’d like, and the specific benefits you adopt when choosing a religion are  entirely your choice.

No two civilizations can adopt the same Pantheon, and each religion can only be founded once; however, you can freely move your missionaries and prophets into another nation to convert their cities. Of course, this means the AI can do the same to 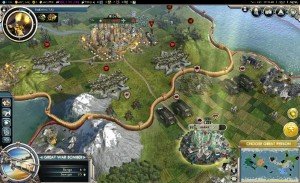 you. Religions will also spread to neighboring cities over time.

By the Renaissance Era, however, religion has no real effect, but this is when espionage comes into play. The espionage system has two main functions: the first is to enable civilizations to steal technology off of each other. This occurs when a spy is rewarded to the player (they can’t be recruited) and sent to a rival city. The other countries in the game will try to do the same. You can also post spies in your own cities to prevent your enemies from acquiring your own research. On the easier difficulties, where you’ll almost always be the most advanced nation, this can be a nuisance as you’ll inevitably be targeted.

The second function of the espionage system is to rig the elections of city-states to ensure their support. This can be useful if you’re looking for a specific strategic resource that they’ll share with you if you become allies, or simply in order to stop a city-state from allying with one of your rivals. 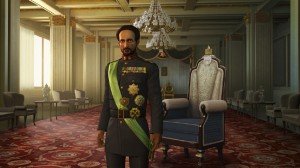 However, given that spies can’t perform anything during wartime (say, undermining an enemy city’s defenses), there really is not all that much that they can actually do. This is therefore the most disappointing addition in the expansion.

However, there is more to Gods and Kings than spies and prophets. The Celts are one among eight new civilizations; other civilizations include the Byzantines and Carthage and, as per usual, each comes with its’ own specific advantage (Carthage can move units over mountain tiles, for instance), as well as a unique unit and building.

Other additions include new wonders and technologies, as well as the realignment of certain social policies to reflect the inclusion of religion. Certain policy trees allow you to recruit great scientists, admirals, and generals with faith, for instance.

There are also new scenarios for you to enjoy, such as the autumn of Rome. This scenario is particularly notable, because should you choose to play as either the Eastern or Western Roman Empire, the policies you select will actually have a negative effect on your play-through rather than a positive one.

Gods and Kings adds noticeable improvements to both AI and gameplay. Other civilizations will no longer establish cities in the middle of another empire, for instance, though they can still change their stance towards you from turn to turn – establishing an embassy in one turn, then denouncing you in the next.

If you don’t like real-time strategy games or the Civilization series, then Gods and Kings will do nothing to win you over. For anyone else, though, this expansion adds a good deal to an already rich experience. While espionage might not be as deep as could be hoped for, religion adds a vital, and sorely missing, component that was inexplicably absent from Civilization V when it was released.

This review is based on a retail copy of the Steam version of Civilization V: Gods and Kings by Firaxis distributed by 2K Games.