After a somewhat underwhelming third episode, Telltale’s Game of Thrones: Sons of Winter packs the most action we’ve seen from this season yet, as we finally start to see the dominoes fall when repercussions from past decisions come to the forefront, and episode four offers satisfying hanging carrots leading us toward the final two episodes of season one. 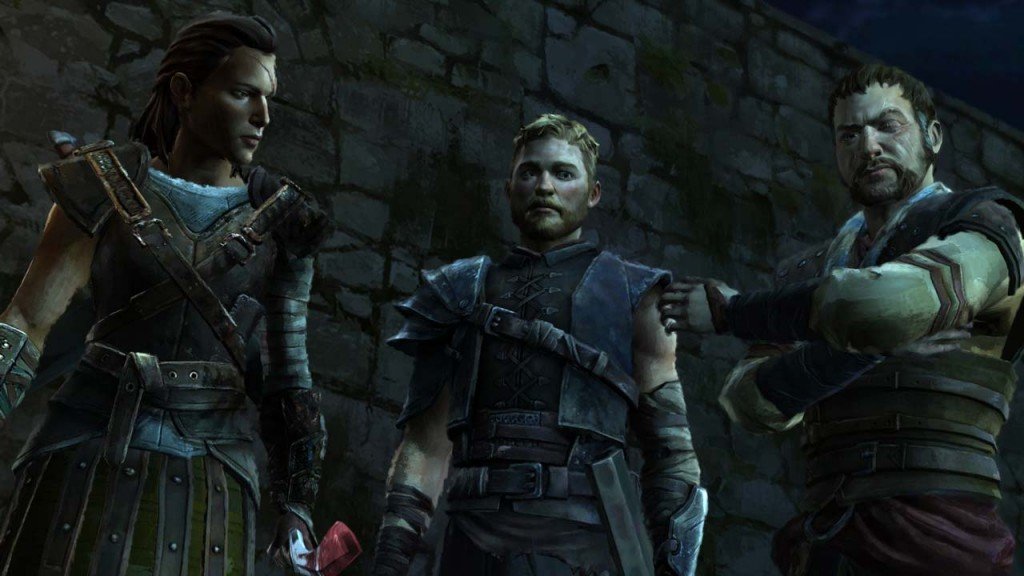 Sons of the Winter begins right after the events that finished in The Sword in the Darkness, as Gared faces execution after killing Britt, the Bolton soldier turned man of the knight’s watch responsible for Gared’s parent’s death. After Gared’s thrown away in prison, he escapes and starts his journey to find the North Grove, a mysterious area that’s been teased since the first episode. It was nice to see Gared’s story diverge from simply being trained as a member of the Night’s Watch, though his story mirror’s many of the same notes as Jon Snow from the show.

As we meet back up with Rodrik, he’s still pondering what he can do, because Griff still holds control of Ironrath and the crippled Rodrik doesn’t have the force to take command. After a surprising meet up with some new allies with their own motivations, Rodrik finally has the ability to retake Ironrath, and the payback – depending on how heavy you choose to be on the payback – can be incredibly satisfying.

When Rodrik and his allies make a trip to Whitehill to meet with Lord Whitehill, tensions rise higher than ever before, and it produces some of the most nerve-wracking scenes, as each conversation choice seemingly has dire consequences for the final two episodes. The only issue here is that if you choose a certain action, the game may result in a game over, which makes the choice aspect seem slim to none. Obviously Telltale has to keep the game within a certain storyline in order to move it forward, but it’s questionable as to why they would even offer a choice if it only makes you restart the encounter.

Asher has one of the most action-packed segments we’ve seen yet, as he’s tasked to help Daenerys overthrow Mereen, a place that reveals an interesting backstory of Beskha. The pacing between the heavy actions scenes parallel with the emotionally charged motives of Beskha makes for some of the best scenes in the series yet, and it’s nice to see Telltale flesh out a side character more rather than just focus on their main playable characters.

It’s odd, but even though I understand the significance of Mira’s story throughout the Forrester conflict, I can’t help but feel bored throughout her segments sans a select few moments. What makes the Game of Thrones TV show so great is its mix of great action with intense and sometime witty dialogue. Mira’s scenes tend to borrow more from the latter, but they tend to fall flat rather than to establish tense moments – even when that’s the desired effect. I’m still hoping Mira’s seemingly never-ending buildup pays off within these final two episodes, but as of right now, they’re a obstacle in the way of the much stronger stories of Gared, Asher and Rodrik.

After feeling unsure of Telltale’s Game of Thrones following episode three, Sons of Winter has restored all my anticipation back into the series, and the final moments in this episode – especially Rodrik’s – have me itching to know what the fate of these characters are – especially knowing how easily any of them can be killed of in this universe.

This review is based on a retail copy of the PlayStation 4 version of Telltale’s Game of Thrones: Episode Four – Sons of Winter.

Did you like this? Share it:
Beginning of the End | Game of Thrones: Episode Four - Sons of Winter Review
Overall8.5
Positives
Negatives
8.5Overall Score
Reader Rating: (0 Votes)
0.0