I like to consider myself a decent gambler. The greater the risk; the greater the reward. In NIS America’s The Guided Fate Paradox you play as Renya Kagurazaka, an average teenager who one day while grocery shopping plays the lottery in the store (against his will) and becomes chosen to become god by the “lottery machine of destiny.” Hardly a high risk gamble and yet becoming god is the reward, I’m intrigued. He then is whisked away to Celestia to start his godly duties of answering prayers, guiding fates, and ultimately destroying the evil demons of the Netherworld. Sounds a bit over-the-top, random, and fun yes? Excellent, because it sets the stage for everything that is to come in the game. Joining you are several angels, each of which has a distinct personality (and will make you question what exactly constitutes an angel), and will play a pivotal role as you progress through the story. 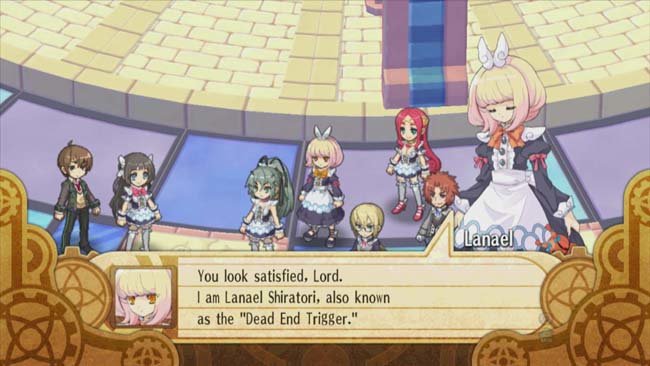 God’s primary function in The Guided Fate Paradox is to answer prayers and that is done through the “fate revolution circuit”, which houses all the wishes, prayers, and desires of people. As the new god in town have the job of assisting in granting their wishes. Essentially God can’t interfere directly in the real world, so a copy of the world is pasted inside the machine where you can get the job done. Fight the aberrations inside the fate revolution machine and the wishers “fate will be guided” or to be more specific, by killing off the manifestations of the demons inside the wisher’s head, their fate will advance towards what their wish really is. 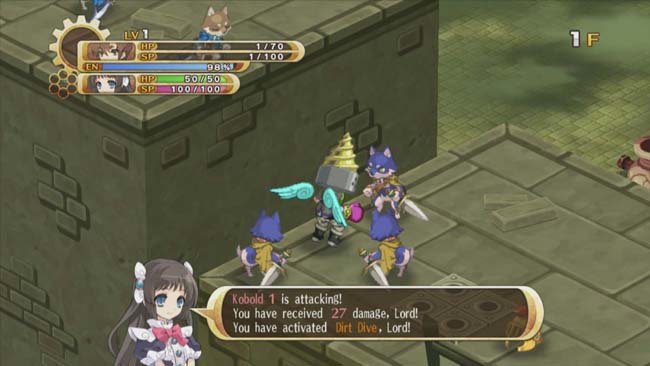 As you dive into the fate revolution circuit, you enter the dungeon crawler portion of the game. Each wish is composed of 10 floors which must be completed without quitting or dying. The first three chapters of the game shows mercy by allowing you to get out of the dungeon halfway through by splitting up the chapter into a part 1 and part 2, but after that you are on your own. You must complete all 10 levels in a row without leaving or dying, including the boss battles (which have different scenarios each time). Every time you start a dungeon you will revert back to level 1. The game will however keep track of your total level which is a sum of all the levels that you have gained through playing. Based on the total level you will increase the base stats of your player, so that as you level up you will be stronger than what you were originally. Should you fall in battle you will be returned to Celestia only you will lose all of your items (both equipped and in your pouch) and half of your money. Your total level however will increase allowing you to try again with slightly better base stats that you did originally. 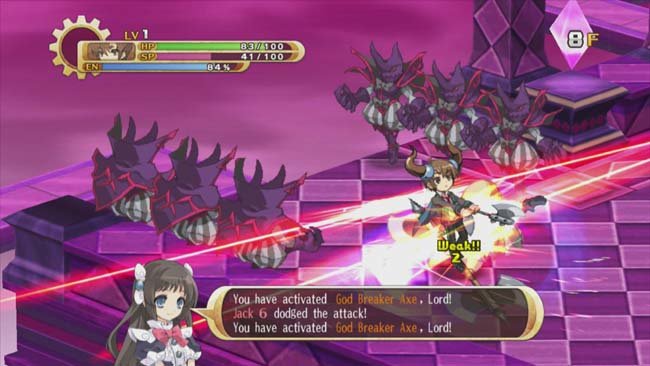 Throughout the dungeons you will come across countless items to equip and ultimately level up. Each one will physically alter the appearance of Renya and his accompanying angel as well as provide a unique divine skill, which allow you to attack enemies in various ways showing a unique animation for that particular piece of equipment. As you work over the enemies, the equipment will eventually “burst”. While in burst mode, the stats will severely decrease, but when you get back to the base you can pay to upgrade the equipment increasing the stats more than it was originally. Every time you upgrade a piece of equipment it will take longer to burst and cost more money to upgrade. 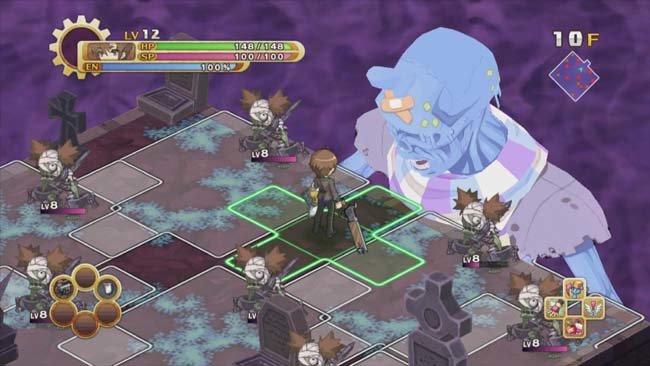 Everything in the dungeons is turn based. If you move, an enemy moves. If you perform an action, they perform an action. When you reach the 10th floor you will encounter a boss battle. Each one is different and will force you to quickly get used to a new mechanic involved with that particular boss. This leads to some very challenging portions as by the time you figure out what your plan should be it is too late. Should you die (goodbye precious loot) or use an item to escape the dungeon, you will have to replay all 10 levels again before getting another go at the boss. 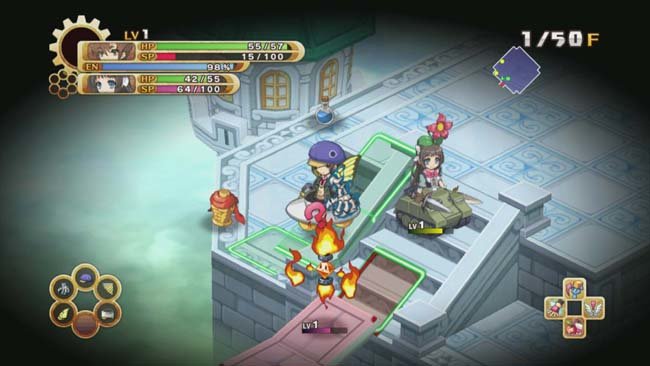 The gameplay (like most NIS games) are very involved, deep, and most of all addictive. While the plot is very ‘meh’, it is certainly unique. Dialogue between the various characters (especially with the angels and Renya) provide lots of intriguing moments complete with random/awkward hilarity, pop culture references, and innuendo all with solid voice acting. If you are looking for a quick and easy game, The Guided Fate Paradox is not for you. If you want a game that you can easily spend hours upon hours grinding in dungeons, bursting and leveling up items, all with a unique dungeon crawling experience and customization then look no further. Yes it difficult, yes you will be punished severely for dying, and yes it’s a great game if you like SRPGs.

This review is based on a review copy of the PlayStation 3 Digital version of The Guided Fate Paradox developed by Nippon Ichi Software and Published by NIS America.