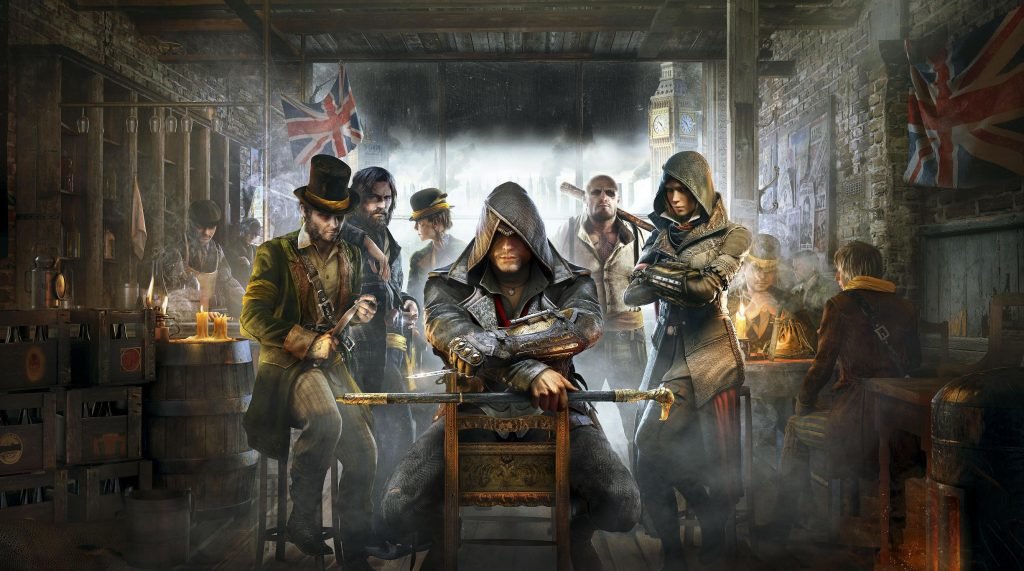 The Art of Assassin’s Creed Syndicate features hundreds of images from literally every stage of development. You’ll see concept art, sketches, final paintings, 3D renders and texture studies with lots of commentary from the artists and developers. If you ever wanted to get a closer look at what it takes to make a game like Assassin’s Creed Syndicate, this is the art book for you. You’ll see familiar characters and memorable scenes and backgrounds from the game from their conception. From there you will see all the fine tweaks and style changes that transformed them from a rough idea to a polish character. The process is always a fascinating trip through the artist’s mind to the gamer’s hands and this volume documents that trip in stunning detail.

As usual, Titan has produced a high-quality art book that is more than worthy to sit on any gamer’s shelf. The binding and layout are flawless and you get a ton of never-before-seen images and commentary from first-party sources. This isn’t someone else’s interpretation of the original work, this is directly from the people that came up with the idea which has worth all on its own. In addition, this will definitely appeal to fans of the franchise. There are lots of little pieces of information that add value to your playthrough since you’ll know the motivations behind some of the art direction of the game. You’ll also get the developers thoughts which only highlight your time with the game. Titan did a great job putting this volume together and their dedication to commemorating this game shines through the pages of this volume.

In addition to its tribute to the Assassin’s Creed universe, the development team spent a lot of time researching and detailing life in Victorian England. This attention to detail just gave Titan Publishing more material to work with which yielded a wonderful end product. From the sweeping views of London to the dirty, overcrowded slums, you’ll have plenty to study and appreciate with this book. From the costuming to the characters, everything about the game has been painstakingly documented in The Art of Assassin’s Creed Syndicate, so if you had any interest in the game or of large format art books, this is definitely going to appeal to you.

All in all, Titan is offering you a high-quality product on a massively popular game. The book details every aspect of the art displayed in this game and if you ever said “Wow” when playing this game, you owe it to yourself to pick up this book. From the concept sketches to the finished product, you’ll get inside knowledge as to how that piece of art was developed. You won’t find this information anywhere else, so it is important to appreciate this kind of reference. In this end, if you love Assassin’s Creed Syndicate or you love art books, we can’t recommend this title enough since it takes a great franchise and puts it on paper for all of us to enjoy. You really can’t ask for more than that.