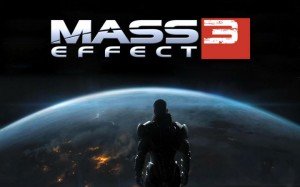 The original founders of BioWare, Ray Muzyka & Greg Zeschuk have decided to retire from their company, and now with this news on the BioWare blog, Aaryn Flynn, the General Manager of BioWare has posted a homage to his relationship and with Ray and Greg, but he also went on to talk about the proposed future of the games BioWare has and are currently developing.

One of these games was the Mass Effect series, Flynn stated the current teams plans on a new game as the universe they have created for Mass Effect is massive.

“Executive Producer Casey Hudson and his team are coming off an amazing eight-year run with the Mass Effect trilogy. But they’re not done yet. We are releasing more multiplayer content and we have more single-player stories coming throughout the next six months, including Omega which is coming in the Fall. But the Mass Effect universe is vast, and Casey and our teams have plans for another full game. “Where to go next?” with such a project has been a question a lot of us have been asking, and we’d all love to hear your ideas.”

It has been stated in the past that if they were to continue with the Mass Effect franchise that it would no longer centre around Commander Shepard. So what are your thought on the continuation of this series ? Do you think a game featuring a completely story with new characters could work ?