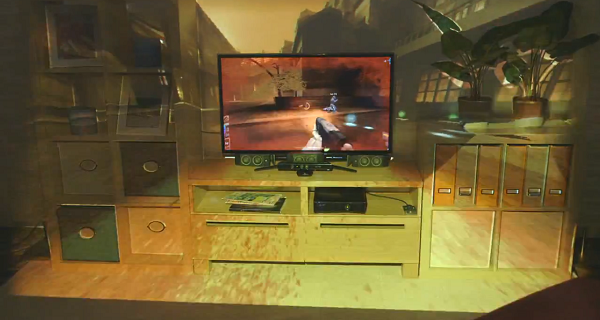 Unfortunate news has recently been revealed for anybody who may have been hoping to see Microsoft‘s IllumiRoom in the near future.  According to the head of product planning for the Xbox One, Albert Penello, the cost of IllumiRoom is the biggest problem keeping the technology from coming to our living rooms.

“I wouldn’t expect you’ll see that,” says Penello. “It’s very, very cool tech but it’s, like, for a consumer, it requires projectors and things. It’s really super-neat if you’re in the lab and you’ve got Microsoft money and you could totally set up this awesome lab, but… we looked at it, but for an average customer it’s, like, thousands of dollars [for the set up].”

IllumiRoom is an augmented reality projector that expands game content past the borders of the TV onto the walls of the living room.  IllumiRoom was first revealed as a research project earlier this year.