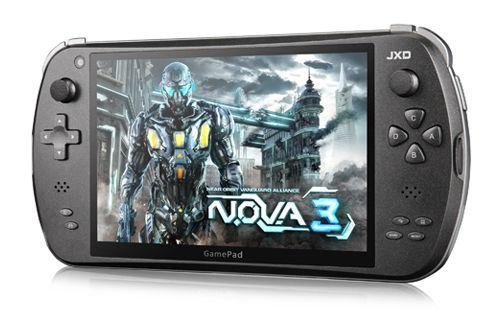 Chinese based gaming company, JXD, has been around the android gaming space before. However, they are set to release one of their most intriguing android gaming device yet to date.  According to liliputing, JXD is set to release two portable android gaming devices that most closely resemble a PSP.  Both devices will feature a 7 inch IPS (In Plane Switching) screen packing quad core processors.  Pricing will start at $160 for the JXD S7800 and includes 1 GB of Ram with a ARM Cortex A-7 processor.  The JXD S7800B will be priced at $170 and feature the 2 GB of Ram and the A-9 ARM processor.