When Apple unveiled the first iPad some years ago, I, like many, was not impressed. What was so special about this jumbo iPod touch? My skepticism was softened when a friend of mine showed off his DJ mixing table app, which really demonstrated what one could do with a larger screen. On an iPhone the very same app was free, while the iPad version went for a decent $10. One is a free toy while the other is a useful tool that consumers would be willing to shell out hard earned money for. This premium iPad price has also been seen in other apps, i.e. Reddit Blue Alien. After finally acquiring my own iPad (Air) it’s easy for me to see why this device is not merely an oversized iTouch. In fact my time using various apps had me repeatedly exclaiming to myself “My God! The Future is now!” But if the iPad, and technologies like it are the future, what are they the future of? Easily one could see email, Netflix, photos, and music being consumed by these ultra-sleek gadgets, but what about gaming? Will their popularity push all other devices out of the market and force video games to adapt to the buttonless world? This feature takes a look at what kind of games can be found on the market place, and how they stack up against the competition on the videogame market.

To try and discuss the variety and depth of the iOS app store would be like trying to categorize all the organisms in the deep blue sea. It’s unending in variety and quality. Instead of suiting up and diving in, I’m going to do the academic thing and choose three large categories of games to compare: Intuitive Time Wasters, Classic Ports, and Board/Strategy games. These three typologies will do well to foil the iPad against the iPhone, traditional consoles, and old fashioned tabletop entertainment, respectively. 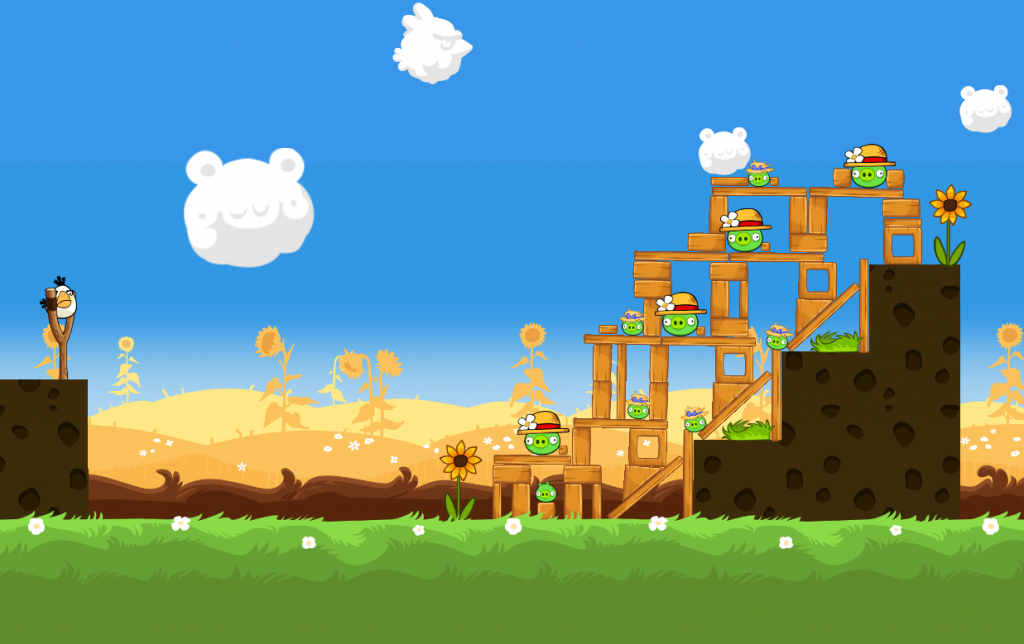 Angry Birds, the game that started it all. Okay, so there was brick breaker on the classic iPods or snake on old cellphones, but Angry Birds smashed and crashed open the door to simplistic games with addicting depth and satisfying gameplay. I played AB before it was cool, and was raving about the seeming consumer surplus of my purchase. “All this gameplay for only $1!” Starcraft 2 came out the same summer, but I found myself more wrapped up in destroying green pigs than green Kerrigan. Mind you, this was on an iPhone, the perfect platform for this type of genre. These Intuitive Time Wasters can be picked up instantly, and played at any moment when waiting silently might be the other option. The iPad is however, despite what Apple’s world traveling marketing campaign would have you believe, a home use device. For me at least, the iPad has transformed my laptop into a station that only gets opened up when necessary, i.e. to write long emails or update my iTunes.

Because of this home use trend, Intuitive Time Wasters don’t feel like they belong on the massive iPad screen, which yearns for something deeper and lush. Enter Smash Hit, an indie arcade project out of Sweden. This game, which was on the top of the app store for a time, blew me away. The physics and textures astounded me along with every satisfying crash that came my way as I zoomed through geometric corridors. I was in a trance that was difficult to snap out of. The later stages were so frantic that my finger was having difficulty keeping up with the obstacles in my speeding path. Just as frustration began to rear it’s head came a truly magical moment in my gaming experience, something that I don’t recall ever happening before. The entire time I was using one finger to throw the metallic balls at my targets, but I had not tried using both hands to utilize a double tapping action. The results were immediate. I was able to advance further than I ever had before, and my skill level rose immensely. It’s the very essence of Apple’s iPad philosophy, just touch it yourself and figure out how it works, use your intuition. There was no instruction or helpful tips, just a ridiculously simple modification of my technique that had profound results on gameplay. I just had to discover it myself. 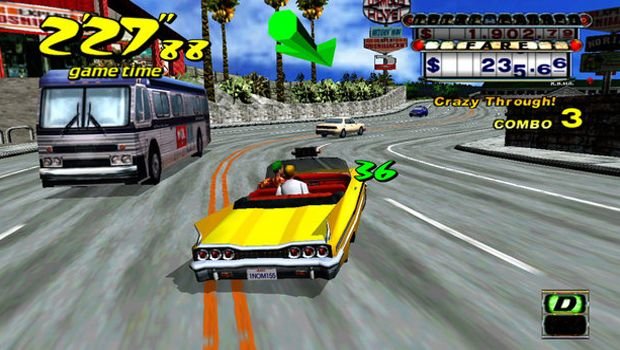 If there’s one thing that proves the iPad is a totally different gaming experience than older gaming consoles, it’s classic ports. Games like Crazy Taxi, Sid Meiers Pirates, and Megaman can be purchased for a price so low you think you might be crazy not to have them all on your sleek device. But the low cost of these classic ports doesn’t necessarily translate to amazing value. Let’s face it, games designed around tactial button presses control horribly with touch screen controls and gyroscopes. These games cost so little because they are no fun. Or take Sonic & All Stars Racing, a console like game that I bought for the absurdly low price of $2. Never mind the micro transactions, the real tragedy here is the gameplay. It just feels sloppy, whereas the console version I played (Wii U) was actually very enjoyable. The iPad is not a traditional games console, and developers shouldn’t pretend like it is one and gamers shouldn’t expect it to be one. 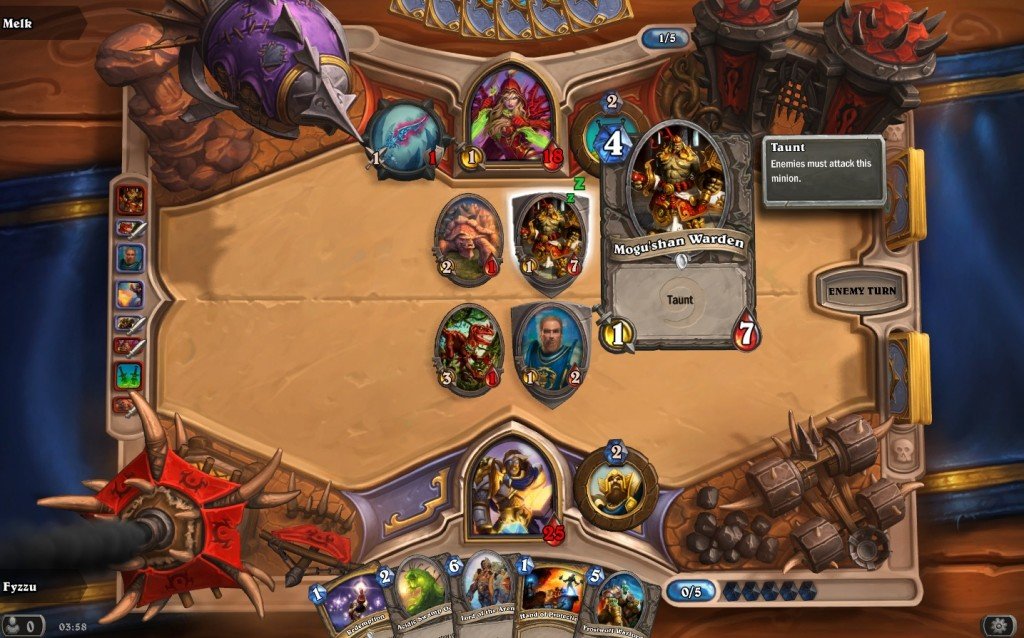 Find the irony in this, perhaps the greatest contribution that the iPad, the pinnacle of today’s consumer technology, has on the gaming landscape is in the realm of old school board and card games. The big screen that can be passed around works wonderfully for on the go games of Settlers of Catan or Ticket to Ride. I’ve spent many hours exercising my influence in the fantastic Lords of Waterdeep app, which allows for both online play and affordable expansions. Perhaps the loveliest of all though is Blizzard’s Hearthstone. This is a card game which debuted on the PC, but feels far more at home on the iPad, which stunning presentation, cross platform functionality, ultimate portability, and most of all deep addicting gameplay. Leave it to Blizzard to design an original game that works ideally for a new platform. It’s not some watered down port of Warcraft or Lost Vikings, but a modern game with longevity based upon an ancient trading card concept.

The Future of iPad and gaming

Tablets are coming faster than PCs and traditional gaming devices are going. This overlap is causing chaos in the gaming market, with free to play, pay to win, DLC, full games, lite games, big games, small games, old games, and new games all swirling around in the app store. The iPad as a dedicated gaming machine has the potential for amazing experiences that trump the throwaway apps we have come to associate with mobile gaming, but it takes more than lazy ports. What worked before won’t necessarily work again, but if Hearthstone or Smash hit are any indication, dedicated gamers in the HARDCORE niche may be enamored with the beautiful alternatives offered by the platform.