Pure puzzle games have never been my forte as a gamer. I’m not very good at them, and it simply isn’t my genre. Tetris is fun, but I never play it for more than twenty minutes as a time. Dr. Mario was before my time. Portal is perhaps the closest thing to a puzzle game that has been able to capture my attention for more than a few minutes at a time. I’ve been searching for a while for a puzzler to fall in love with; unfortunately, Sparkle Unleashed is not that title.

It’s not that there is anything exceptionally bad about Sparkle Unleashed. The match-three, marble shooting gameplay is smooth and the visuals are pleasing to the eye, though they often seem to dip from the same color palette over and over again. On the whole, this is a solid game that has the potential to please certain gamers.

But something struck me after breezing through the first few levels of Sparkle Unleashed: boredom. The core game is fun for a few minutes, but SU doesn’t do much to change up its tried and true color matching formula, other than giving you a new or more powerful power up every few stages. Trudging through numerous levels almost becomes a chore, as I never felt truly challenged by the gameplay (and, as previously mentioned, I’m not that great at puzzle games). I suppose that Sparkle Unleashed has enough levels to warrant good replay value, but I didn’t find myself being compelled to keep playing.

The graphics of Sparkle Unleashed are good, but most levels look extremely similar, other than the path that the continuously rolling marbles take on their way towards your defeat. Don’t get me wrong, puzzle games don’t need eye popping visuals to be a success. Extra level variety would have been a nice addition though. 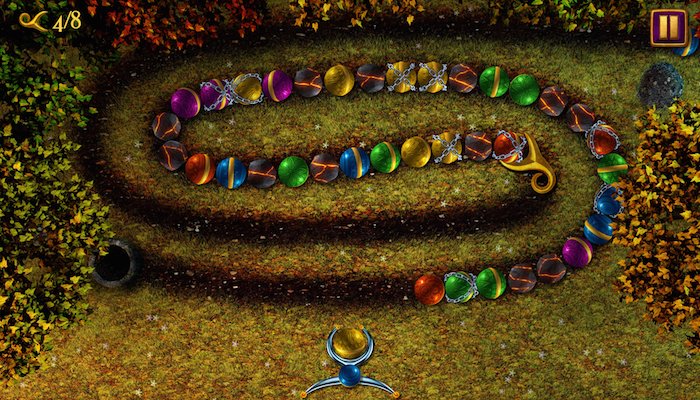 The soundtrack is listenable at best and sometimes crosses the line into annoying. Most of the songs sound like tracks that didn’t make the cut for the Harry Potter films. Part of the charm of great puzzle games is the music; everyone knows the familiar Tetris theme. I could have played Sparkle Unleashed on mute and wouldn’t have missed out on much.

This all adds up to a game that comes across as solely built for the casual crowd. I don’t use “casual” as a derogative, but the marble shooting gameplay is better suited for the short bursts of gaming that mobile and handheld platforms allow (where I probably would have enjoyed it more than in its console form). Sparkle Unleashed is a solid game that does nothing to really advance or enhance its genre, making for a somewhat forgettable experience.

This review was based on a review code version of Sparkle Unleashed for Xbox One, developed by 10tons Ltd.